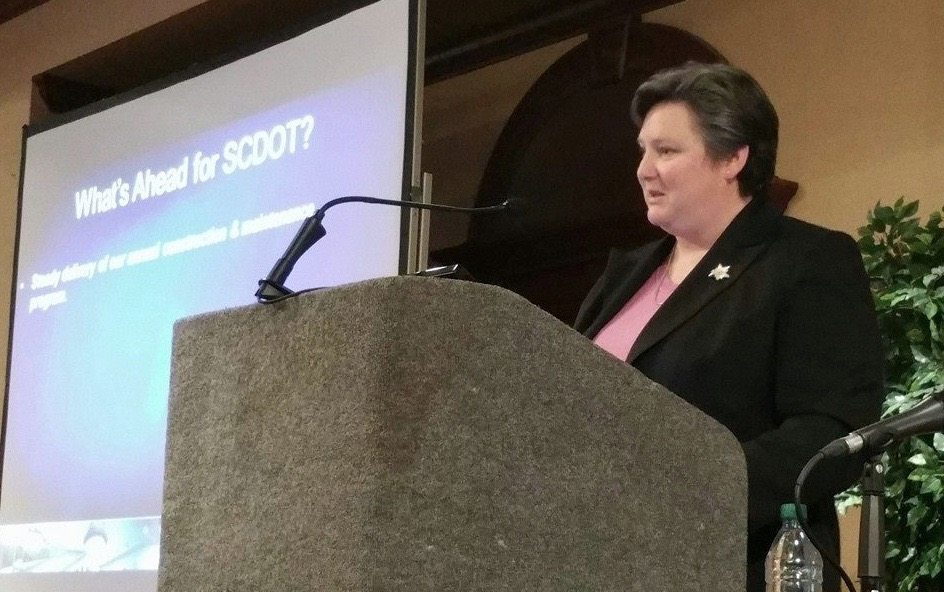 || By FITSNEWS || For the second time in as many years, S.C. governor Nikki Haley is turning to her old college roommate in an effort to provide transitionary “leadership” at the S.C. Department of Transportation (SCDOT).

Christy Hall – who roomed with Haley during her time at Clemson University – was the subject of intense criticism back in 2011 after she was promoted to a key position within the chronically mismanaged, cash-strapped agency.

Does Haley’s appointment – whether on a temporary or permanent basis – have any impact on the state’s infrastructure situation?

No.  Because Haley’s not in charge.

Haley had to get rid of Oakley because legislative leaders flatly told her it was a prerequisite for the “Republican” governor retaining appointment power over this position.  Which is silly because the SCDOT secretary is already subservient to a transportation commission that’s chosen by members of the S.C. General Assembly – meaning whoever gets this post (and by extension, the governor) has no real authority over the state’s network of roads and bridges.

So let’s get this straight: Haley fired the woman she hand-picked a year ago – a woman who had limited authority in the first place – so she could preserve her right to continue appointing impotent bureaucrats in the future?

What a ridiculous way to run a state, right?

Debate over South Carolina’s infrastructure dominated the 2015 session of the S.C. General Assembly, with fiscal liberals of both parties supporting tax hikes an effort to pump more money into the state’s failed system.

In January, S.C. governor Nikki Haley offered a proposed tax swap – which backtracked on her 2014 campaign promise not to raise the gas tax.  Then there was attempted tax trickeration from the S.C. House (which ultimately passed a $427 million hike) – and a proposed $800 million tax hike from the S.C. Senate finance committee.

Senators later introduced a scaled-back tax hike – but all of these machinations were undone by a filibuster from S.C. Senator Tom Davis.

Davis’ argument was simple: There’s more than enough money to adequately fund South Carolina’s infrastructure without raising taxes.  And he’s right … although you’d never know it from listening to the mainstream media (which was 100 percent in the tank for the tax hike).

Our view on this issue is simple.  Roads and bridges (like cops, courts and prisons) are core functions of government and should be funded accordingly.  Unfortunately, South Carolina isn’t doing that.

In fact all of the “Republicans” who supported raising gas taxes have approved billions of dollars in new spending on South Carolina’s worst-in-the-nation government-run school system, its duplicative and inefficient higher education system, bailouts for wealthy corporations, shady ‘economic development‘ deals and … lest we forget … dozens of exorbitantly expensive and totally unnecessary highway projects.

The money is there.  More than enough, even.  Lawmakers just need to spend it wisely.

I’ve worked with the State DOT in the past, including at the very top levels.
It’s a disaster: PERIOD!

They have people at the top who have no management experience of large operations, no engineering experience what so ever, and are just political hacks getting money to kick back to Haley. It’s a complete embarrassment.

For Example: St. Onge, Haley’s discredited appointment for head of the State DOT did not even know about Clemson University’s International Center for Automotive Research (CU-ICAR) until I told him about it. Outrageous, that a State DOT director would not even know about one of the #1 Automotive Research Institutes in the world; located less that 89 miles from his office.

Just typical Haley criminal appointments, supported by a “give a shit Legislature.”

It’s everywhere. Bureaucrats and management big shots think they have all the answers and need none from elsewhere. Take DHEC’s water division, largely and ineptly clueless to the true expertise that lies scattered in the various universities, companies, and other farther agencies. But what true experts advise might make the cowardly and incorrect decisions of convenience more difficult to get away with. There needs to be a lot more open-meeting outside advisory committees of experts and the directly involved.

Would you say that is unique to Haley or systematic of Government in general?

Probably systematic of Government in General.

Haley has just taken it to another level.
She doesn’t even care if the public can see her outrageous disregard of their welfare and waste of their hard earned tax dollars.

Between Elections being turned into Dog & Pony Shows and the frequently used politics of personal destruction techniques I don’t see how a sane, qualified person would subject themselves to running for office. Perhaps we are getting what we deserve?

Ditto.
It costs so much to run and takes so much of a person’s time that it is a full time job. Unless you are a lawyer, or someone who can get something out of it; it’s just not worth the time, abuse or especially the money whoring you have to do.

We have: “The Best Democracy Money Can Buy,” and they want to keep it expensive so no one else can afford it.

7th District SCDOT Commissioner Mike Wooten recently said
he was concerned by the loss
of eight top DOT engineers. They left for industry jobs ahead of a
deadline in a Senate proviso that would have barred their new firms from DOT
contracts for a year. The proviso was later repealed.

I’m not sure which was worse: the loss of the engineers, or the repeal of the proviso.

DOT has some good engineers.
They are dedicated but do not look outside of their areas of knowledge, for new ideas. The communications group is one of the best in the country. The Civil Engineering is OK, but could be better.
The Material Sciences is way poor.

Don’t worry, now that a Clemson graduate who was so uncool that she had to room with an Indian is in charge of SCDOT, it should be ship-shape in no time. It’s a great day in South Carolina!

Could hardly be more socially awkward than an agency full of civil engineers.

How do you know when a civil engineer is an extrovert? He stares at your shoes when he’s having a conversation with you.

Maybe she liked the taste of curry.

I warned you about Haley, Bob Peeler, Bauer, Mark Sanford, and Richard Eckstrom. All have proven to be immoral, liars and without ethics!
Haley continues to get rid of knowledgeable, experienced, qualified, quality people and replace them with her sycophants, lap dogs, contributors ALL UNQUALIFIED!!
Haley is incompetent and unqualified, lies, moves with the breeze and will continue to embarrasses, just like Eckstrom, Peeler, Sanford and Bauer!

Is it just me or does she bear a striking resemblance to Marcia Adams? What is it with Haley and the Brunhilda types?

Another Manwoman!!! Adams and this guy/girl.
With Obama and Haley, we are screwed!

And just saw the new HR Director for OHR for the state is Kim Aydlette…didn’t she get run off from DSS several years ago with something about a gender reassignment surgery lawsuit? She does have a law degree but just left DHEC as a program manager. She isn’t as big but also has a similar look. Wonder who she knows?

Or maybe WHAT she knows.

Didn’t Aydlette work at First Steps after she left DSS?
And, wasn’t there a mess of some kind while she was there?
Mark Sanford and his chosen successor have appointed more trash to run state agencies than is comprehensible.
They literally must not know any decent, competent people.

I was expecting a completely different kind of story.

But, what is her stance on gay marriage?