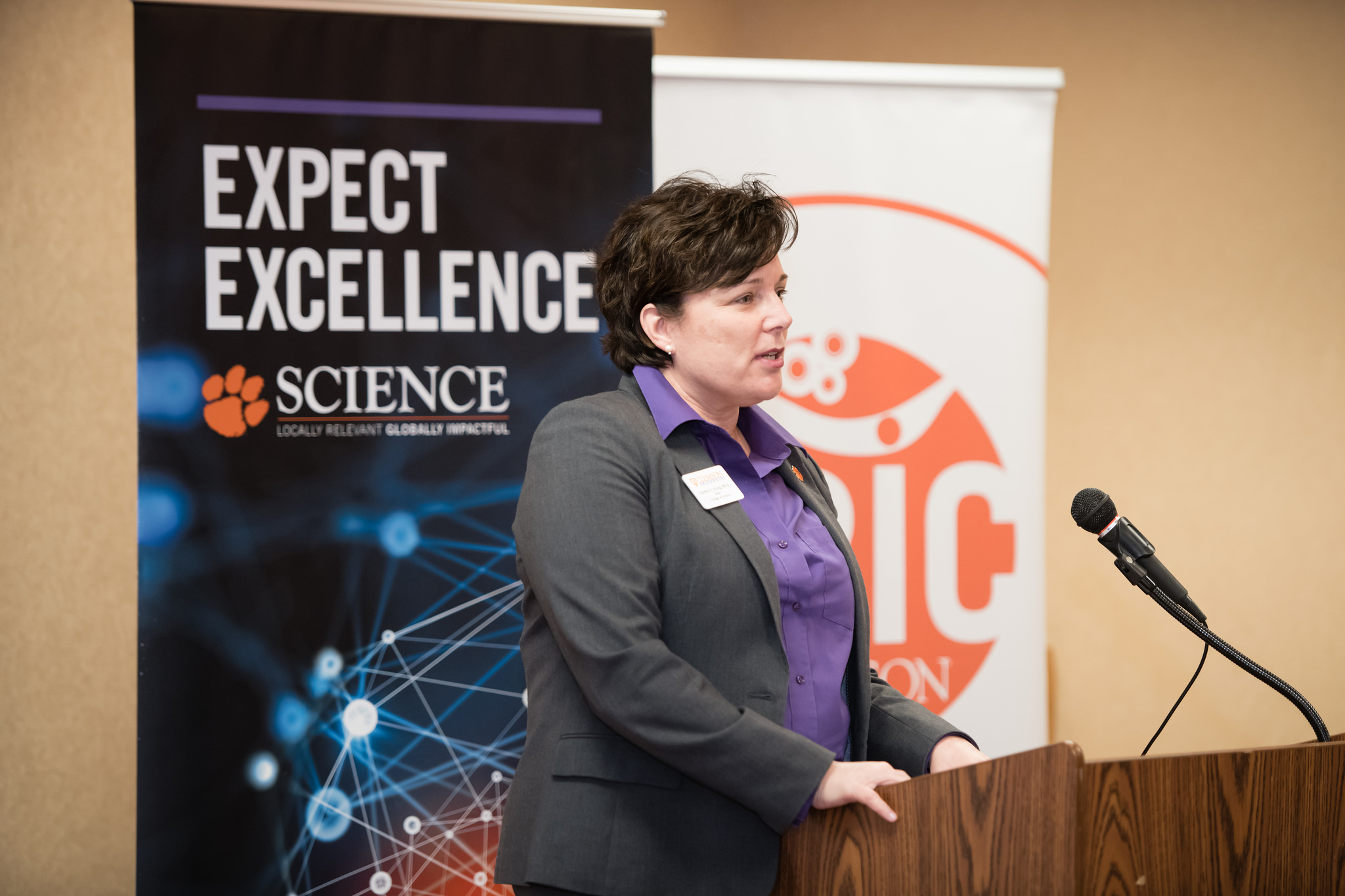 Clemson University is experimenting with the use of racial quotas to recruit and hire faculty members, according to documents obtained by this news site.

Is that legal?  It shouldn’t be, but recent rulings by the U.S. Supreme Court have clouded the issue – especially as it relates to decisions made on the campuses of increasingly liberal taxpayer-subsidized institutions of higher learning.

According to the documents we obtained, Clemson’s recently reorganized College of Science intended to use racial quotas to determine the pool of applicants for its lecturer, tenure and tenure track positions.  Specifically, in order to obtain a “diverse candidate pool for all faculty positions,” forty percent of candidates considered for these positions must be “under-represented minorities.”

The discrimination wasn’t to have ended there.  It would have extended to hiring, too.  According to the college’s stated “diversity goal,” one out of every three tenure or tenure track posts “must be filled with URM candidates.”

Take note of that wording … the school didn’t say these posts “should be filled,” “would ideally be filled” or “will hopefully be filled” by minority candidates.  The word the college used is “must.” 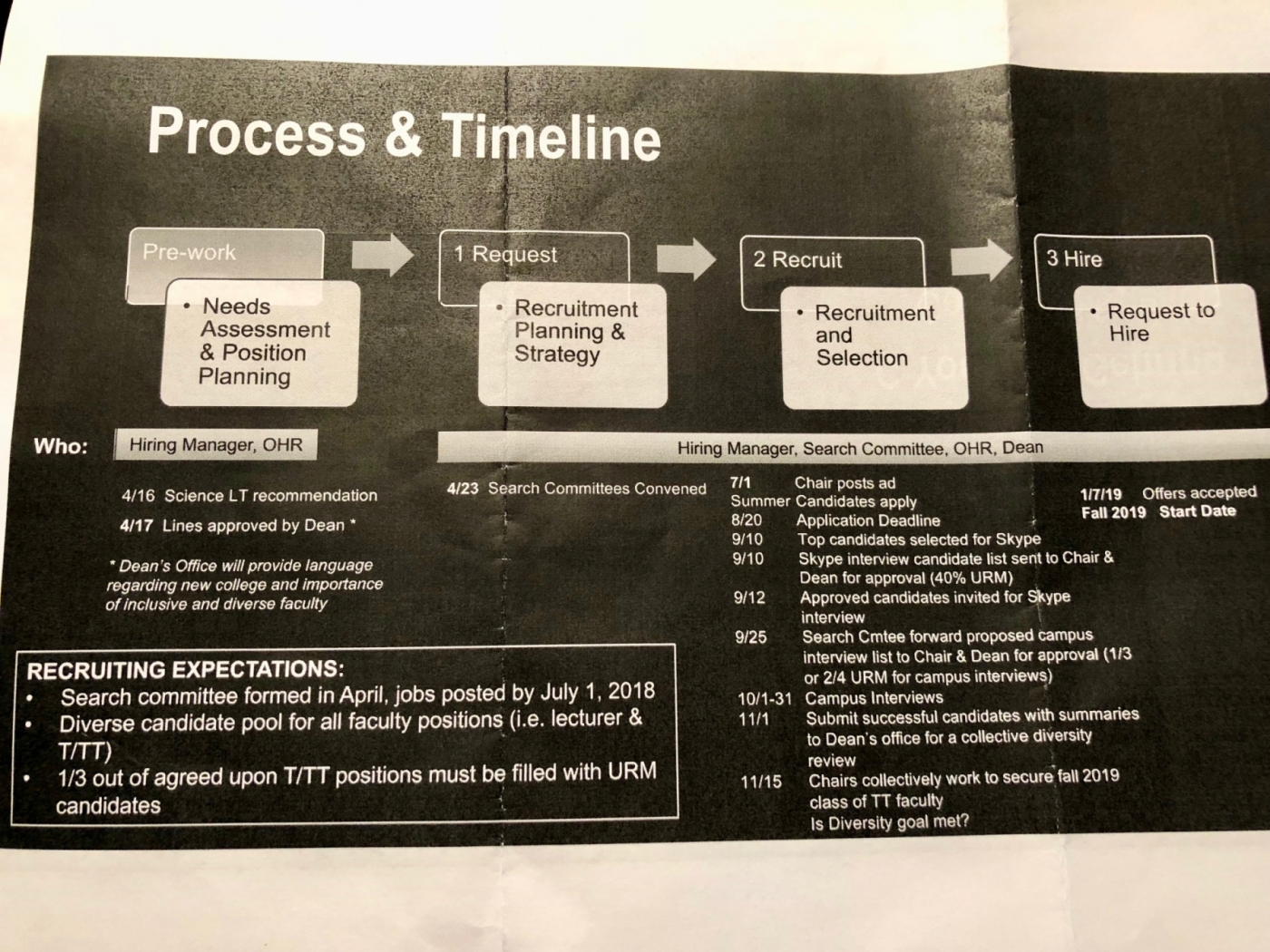 Between the recruiting and hiring processes, the college indicated it would conduct “a collective diversity review” to ensure its quotas are being met.  Meanwhile the whole process was to be guided by “language regarding (the) importance of inclusive and diverse faculty.”

According to our sources, this memo was “distributed to a limited number of people this year in preparation for hiring searches next year.”  The school’s goal is to apply the quotas to new hires beginning with the fall 2019 semester.

According to the school, the quotas were never instituted.  In a letter to the editor of this news site, Clemson vice president for university development Mark Land said the document we obtained represented “the first draft of a proposed hiring process and timeline.”

“The language in question was subsequently changed in early May as part of an iterative review process that is ongoing,” Land told us.

To be clear: This new site has no problem with diversity.  In any endeavor, we believe recruiting and hiring personnel from a broad pool of perspectives and life experiences – and then utilizing these perspectives and experiences toward a common goal – makes good business sense.

No … especially not if such mandates infringe upon the right of qualified candidates to obtain employment.

In fact, that is the very definition of racism.

“We have always believed that any law which unfairly limits an individual’s rights on the basis of their skin color, ethnic origin, gender or sexual orientation is wrong,” we wrote back in 2012.  “Unfortunately such an inherently fair world view is anathema to many in our ‘fair share’ world – where the fundamentally American notion of equal opportunity has been replaced by an expectation of equal outcomes for all.”

As this news site has noted, Clemson has become a breeding ground for leftist insanity in recent years.  Two years ago the school booted a man from its campus for praying.  Prior to that, there was a major dust-up between a liberal professor and the school’s football coach, Dabo Swinney, over the latter making positive references to slain civil rights leader Martin Luther King, Jr.

Also, who can forget the infamous “Banana Bandit” incident.  Or the school’s “Taco Tuesday” fiasco – in which it deemed Taco night as “culturally insensitive” to latino students.

Nothing surprises us at Clemson anymore, though …

Last fall, Bart Knijnenburg – an assistant professor of human-centered computing at the school – wrote on his Facebook page that “all Republicans are racist scum.”

Knijnenburg also endorsed the far left’s call for violence in the name of eradicating this “Republican” racism.

Knijnenburg somehow managed to keep his job … although as a white male, he could soon fall victim to the school’s new quota system.

As we have repeatedly pointed out in the past, we understand Clemson’s uncomfortable past – but embracing full-blown PC insanity is not the answer.  Especially not when such insanity could lead to the very sort of discrimination the school claims to oppose.

Should Clemson University be allowed to use racial quotas in recruiting and hiring faculty members?

Got something you’d like to say in response to one of our stories? Please feel free to submit your own guest column or letter to the editor via-email HERE. Got a tip for us? CLICK HERE. Got a technical question or a glitch to report? CLICK HERE. Want to support what we’re doing? SUBSCRIBE HERE.
Banner: Clemson University