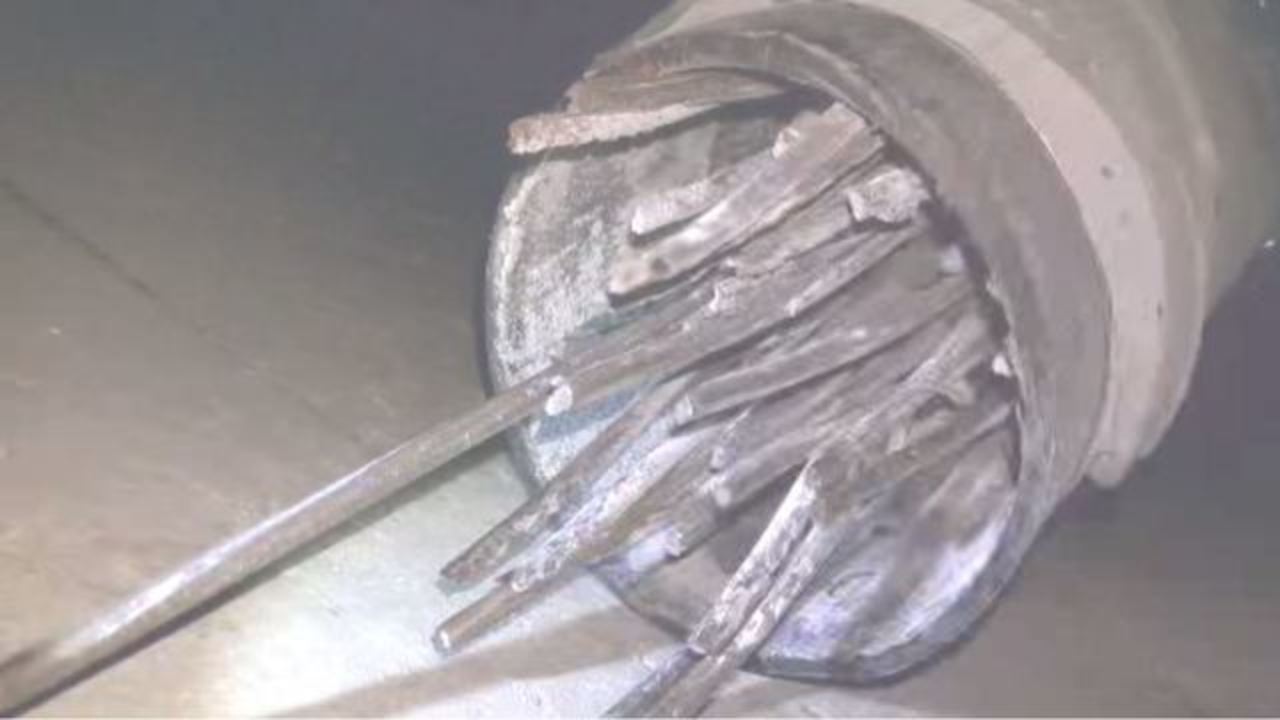 Engineers with the South Carolina Department of Transportation (SCDOT) knew that cables on the James B. Edwards bridge were in serious trouble in the fall of 2010 – six years before one of them snapped for the first time.

The failure of another one of these cables – or “tendons” – this week has forced SCDOT to close the westbound lanes of Interstate 526 indefinitely, creating #TrafficMaggedon in and around Charleston, S.C.

With no end in sight …

According to our sources, it could be at least four months before traffic is flowing normally again … a situation SCDOT is supposed to address at a press conference on Wednesday.

The Edwards bridge is actually two bridges – a pair of segmented spans carrying Interstate 526 across the Wando River between Mount Pleasant, S.C. and Daniel Island, S.C.  Opened in 1991, the $32 million project is (or was) traversed by tens of thousands of vehicles daily – including at least 7,000 trucks loaded down with shipping containers.

As we noted in our original report earlier this week, we’re told the bridge’s cables have been weakened over time by “corrosion due to salt air.”

One of the cables snapped in October 2016, prompting SCDOT to conduct more extensive monitoring of the bridge – and to limit traffic over the span.

Worth noting?  The cable that snapped earlier this week was reportedly not among those the agency was watching closely – a revelation that has raised serious concerns regarding the structural integrity of both bridges.

According to our sources, these concerns are nothing new …

In the fall of 2010, SCDOT bridge maintenance engineer Lee Floyd is said to have briefed numerous employees at the agency regarding problems with the Edwards bridge.

We’ve been asked not to quote directly from briefing notes we were exclusively provided, but according to multiple sources familiar with the briefing – Floyd specifically warned his colleagues that the bridge’s tendons were rusting due to corrosion and that studies needed to be undertaken immediately to assess the severity of the damage.

Additionally, Floyd reportedly told his colleagues that the bridge’s designer – Figg and Muller (now Figg Bridge Group) – confirmed the issues to the agency.

We’re in the process of verifying additional details related to the fall 2010 briefing regarding the Edwards bridge, but the bottom line is clear: SCDOT knew there were serious problems with the tendons on this bridge eight years ago.

The Edwards bridge was built with pre-cast concrete segments using top-down construction – enabling builders to lower their costs and reduce their environmental footprint.  As we noted in our initial report, state leaders touted this cost-effectiveness – and environmental friendliness – when they opened the span back in 1991.

Within four years, though, the bridge began experiencing issues with aluminum joints positioned between its concrete spans.