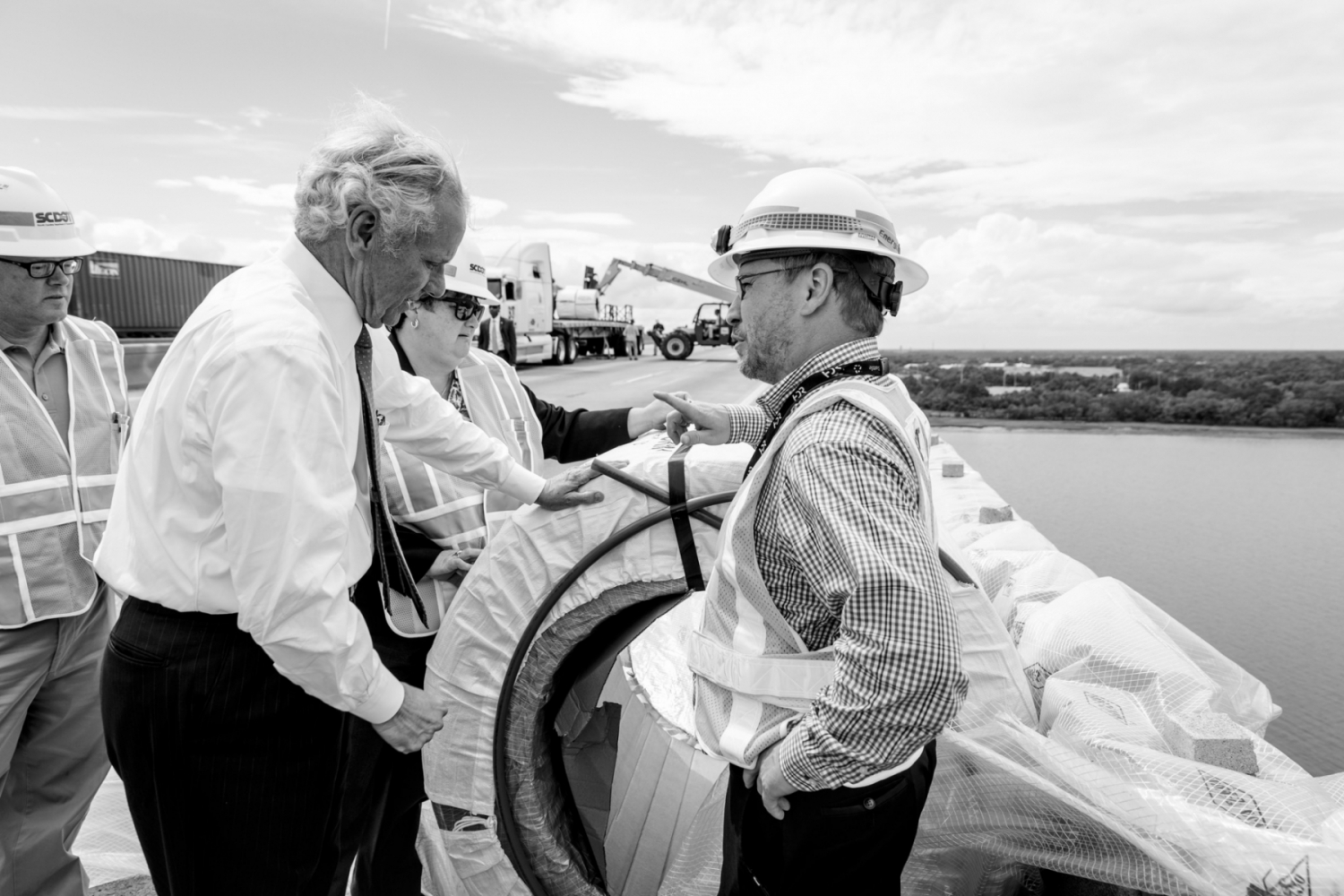 The South Carolina Department of Transportation (SCDOT) is desperately attempting to identify the source of a leak that led to some unfavorable news coverage for the agency in the aftermath of the James B. Edwards bridge debacle (a.k.a. #Trafficmaggedon).

In fact an internal investigation is reportedly underway at the agency in an effort to figure out who spoke with this news site and its founding editor, Will Folks.

Shouldn’t the agency be more focused on fixing the damn bridge?

SCDOT says it will have the bridge open by June 11, but many local officials believe this “quick fix” isn’t addressing serious structural concerns.  One of those officials – state senator Larry Grooms – says the bridge may need to be replaced.

The Edwards bridge is actually a pair of segmented spans carrying Interstate 526 across the Wando River between Mount Pleasant, S.C. and Daniel Island, S.C.  This vital Lowcountry traffic artery – which carried tens of thousands of vehicles per day – has been shut down owing to concerns over its structural integrity.

As we noted in our original report earlier this week, we’re told the bridge’s cables have been weakened over time by “corrosion due to salt air.”  One of the cables snapped in October 2016, prompting SCDOT to conduct more extensive monitoring of the bridge – and to limit traffic over the span.

Earlier this month, our news site published a pair of articles detailing “what SCDOT knew … and when” about the various problems with this bridge.

Subsequent reports from mainstream media outlets have confirmed the veracity of our reporting.

Needless to say, SCDOT didn’t like its dirty laundry getting aired while it was attempting to manage a public relations nightmare.

In fact according to our sources, SCDOT secretary Christy Hall immediately embarked on an effort to identify the source of the leak.

Hall’s efforts have been unsuccessful, but she has reportedly launched an internal investigation into the matter – including the collection of outgoing correspondence from all SCDOT staff in an effort to find out who spoke to this news site.bne

“They are desperately trying to find out who the leak is at the SCDOT,” one of our moles said. “Secretary Hall has asked one individual to collect all correspondence related to the Wando River Bridge.  She’s also trying to find out why the ball was dropped in 2002.  They are in panic mode.”

While Hall endeavors to plug the leaks at her agency, information continues to flow from within SCDOT to our news site.

In fact, we have obtained several additional details regarding not only the structural health of this bridge – but also alleged efforts by SCDOT to keep this information from coming to light.

In the meantime, it goes without saying that anyone who provides this news site with information on a source-protected basis (i.e. confidentiality) will never have their identities disclosed.

And don’t forget: Our record when it comes to source protection is unimpeachable.