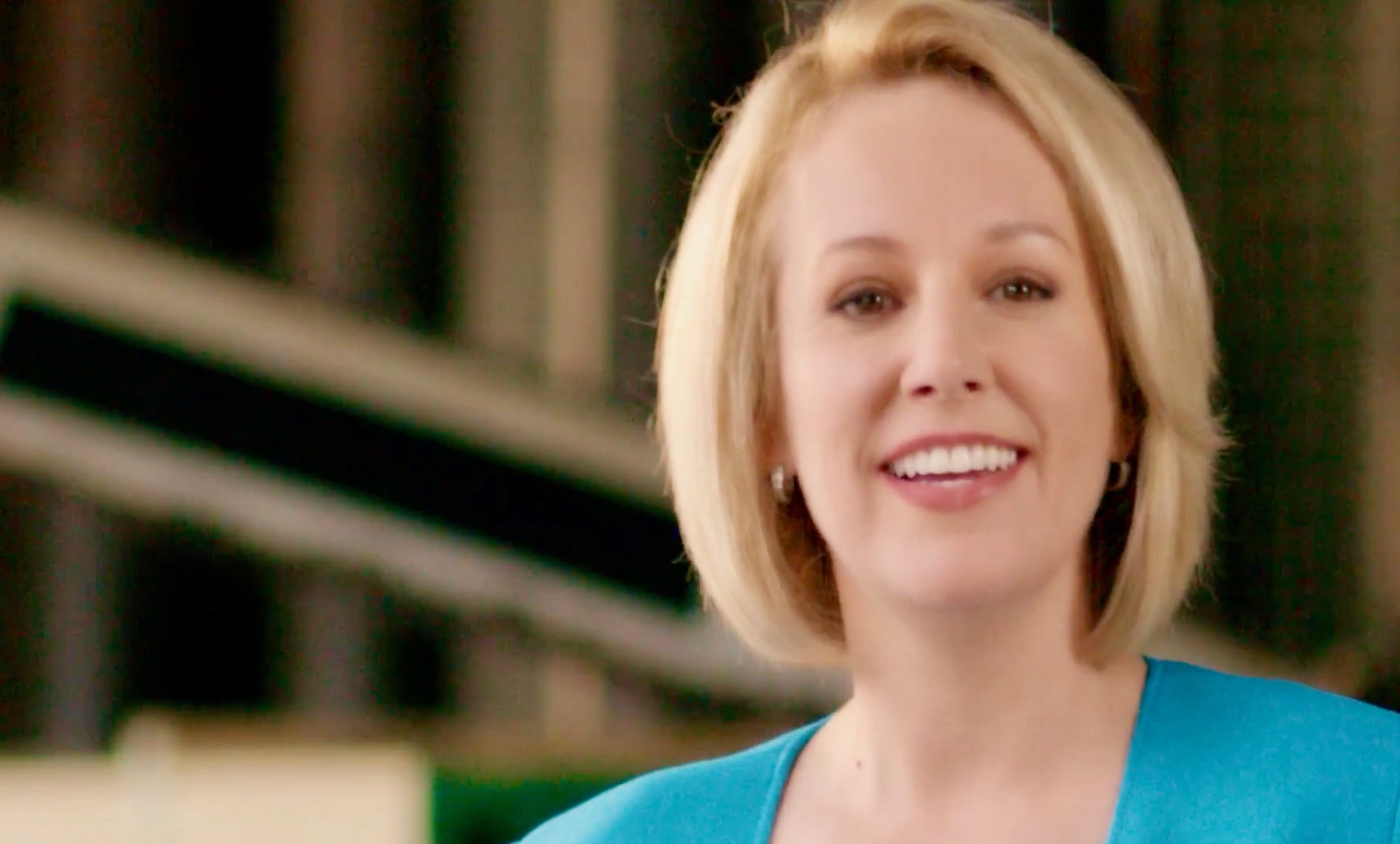 Lowcountry labor attorney Catherine Templeton has launched her first television advertisement in the 2018 GOP primary election for governor of South Carolina.  The spot is an introductory message to voters that seeks to reinforce the “conservative outsider” theme she’s been touting for months on the campaign trail.

The thirty-second commercial, entitled “Buzzsaw,” heralds Templeton’s record as a bureaucrat-sacking, cost-cutting member of former governor Nikki Haley’s cabinet – while calling out her political rivals in Columbia, S.C. for their corruption and lack of results.

“The media call me a buzzsaw because I fired a hundred bureaucrats, took on unions and won and beat the Obama administration when they tried to kill our jobs,” Templeton said in the clip.

The ad – which began airing on Wednesday – also references the growing disconnect between the Palmetto State’s conservative electorate and its free-spending, results-challenged state government.

“South Carolina is the most conservative state in America, but our career politicians constantly increase spending, leave us with billion dollar nuclear boondoggles and then cover their corrupt … you know whats,” Templeton says.

The “boondoggle” remark is obviously a reference to #NukeGate, state government’s spectacularly failed $10 billion experiment in the nuclear power industry (for our latest report on that drama, click here).

As for corrupt politicians “you know whats,” we’ll await further clarification from the Templeton campaign as to its meaning.

(Via: Templeton for Governor)

Hokey?  Yes, very.  But remember, political ads like this one aren’t ultimately assessed by cynical insiders like us … they’re judged by the voters.  We think voters will like this spot, and we think that means this ad could move some numbers for Templeton – who has been hovering in the mid-teens to low-twenties in recent statewide polling.

Templeton’s campaign told us the commercial was backed by a “six-figure buy” and that it would run statewide for the next few weeks.

“I would characterize it as substantial,” Templeton spokesman Mark Powell told us.

We would agree with that characterization …

McMaster has $2.9 million to spend on his campaign – money which must be used efficiently and effectively if the career politician hopes to avoid a runoff election against one of his GOP rivals.

In the Palmetto State, if no candidate receives a majority of votes on the first partisan primary ballot then a runoff election between the two top vote-getters is held two weeks later.  Given his four decades in South Carolina politics, McMaster is widely expected to make the GOP runoff – although that’s little consolation considering he was supposed to cruise to reelection after U.S. president Donald Trump gifted him the governor’s office last January.

Unfortunately for the guffawing “Foghorn Govnah,” he has simply been unable to capitalize on that advantage – running a disjointed campaign and a borderline dysfunctional governor’s office.

So … who will he face in that head-to-head matchup on June 26?

That remains to be seen, but Templeton and Warren clearly have the resources to make a run at the runoff … which is where McMaster’s real vulnerability could come into focus.