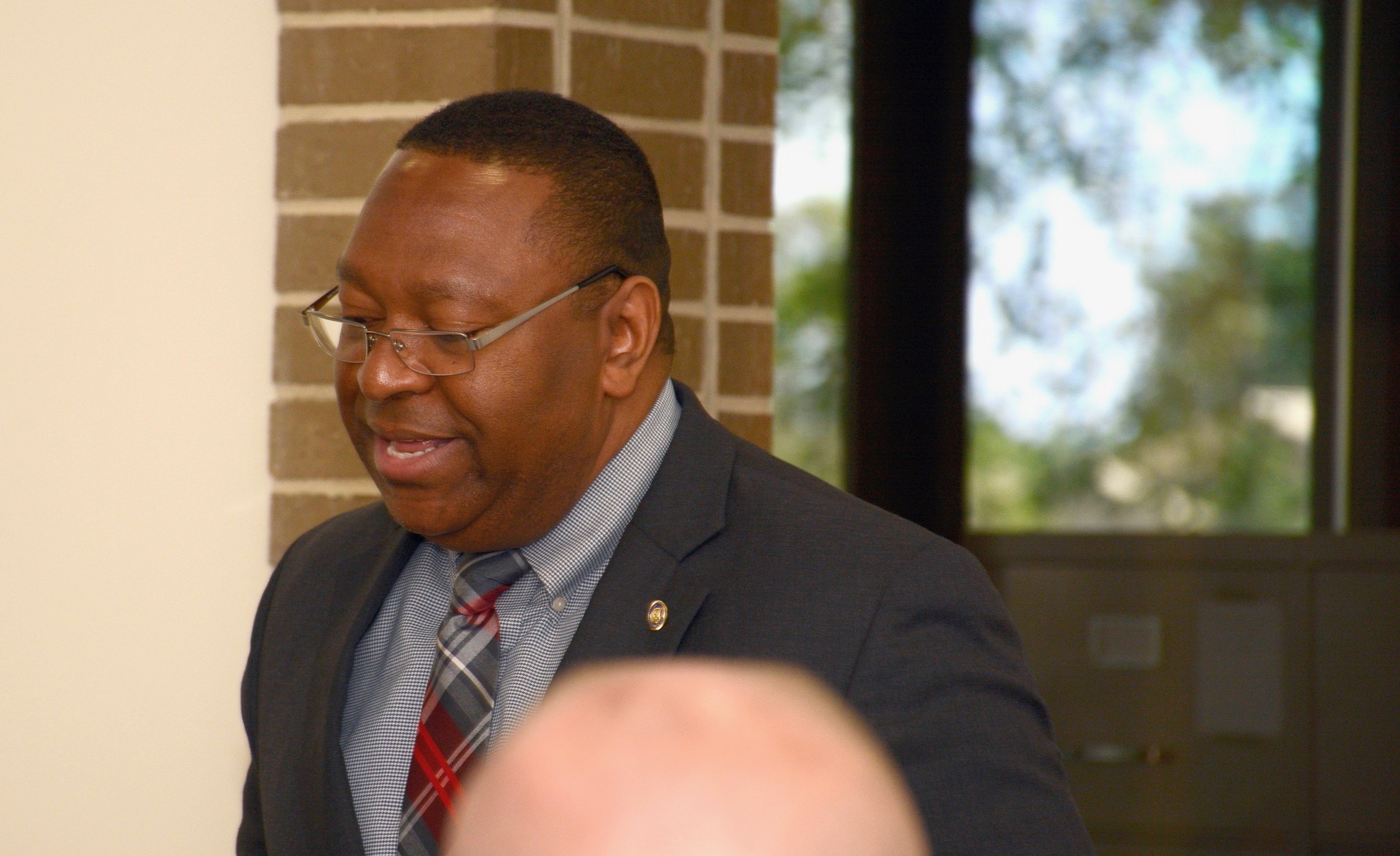 According to our sources, the confab between the two law enforcement leaders – which took place at SCDPS headquarters in Blythewood, S.C. – lasted approximately two hours.   It’s not immediately clear what Lamkin and Smith discussed, but sources familiar with the meeting tell us it was related to an ongoing S.C. Office of Inspector General (SCOIG) investigation of Smith’s agency.

News of that probe was first reported by FITSNews back in June.

Among other issues, Smith has been accused of “reverse racism” in his leadership of the agency – which has struggled mightily to perform its core functions of government.  State lawmakers have already gone on record calling for Smith’s resignation, however S.C. governor Henry McMaster has steadfastly refused to fire the scandal-scarred bureaucrat.

Smith enraged state lawmakers earlier this year when he refused to appear before a meeting of the S.C. House legislative oversight committee in Columbia, S.C.   He was called before this committee to respond to a damning report released by the panel back in April (news of which also broke exclusively on this website).

That report confirmed much of this website’s prior reporting regarding mounting problems at SCDPS – including soaring traffic fatalities, lax law enforcement, misappropriation of public funds, poor recruitment (and retention) of officers and double standards in the administration of internal justice at the agency.

Smith was hired (against our advice) by former S.C. governor Nikki Haley.  During his tenure, the number of troopers on the highways has remained well below recommend levels – while traffic fatalities have climbed dramatically (at levels higher than initially reported to the public, too).

Morale amongst troopers is at an all-time low, we’re told.

We’ve repeatedly called on Smith to be sacked – a rare point of agreement between us and state lawmakers – but thus far McMaster refuses to pull the trigger.

As for the inspector general now probing Smith’s agency, Lamkin was appointed by McMaster April of this year.  How’s he doing so far?  Eh …

Based on the results of the SCOIG’s first high-profile investigation under its new leader, we have to say we are less than impressed with his work.  Hopefully Lamkin will prove us wrong this time, but so far his agency appears to exist for the purpose of sweeping scandals under the rug … not bringing dirty deeds to light and holding those responsible for them accountable.

Sadly, that’s par for the course in the Palmetto State.

Stay tuned … we’ll be sure to let our readers know when there is fresh news regarding the ongoing SCDPS saga.