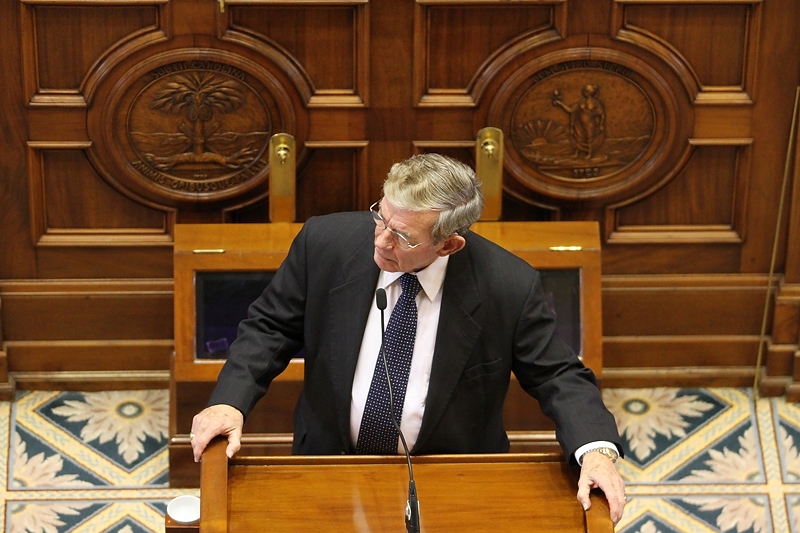 This website has relentlessly criticized the South Carolina General Assembly’s “response” to #NukeGate, a catastrophic case study of what happens when government intervenes in the private sector (in this case, the energy marketplace).

In case you haven’t been following this story, state lawmakers – who bear direct responsibility for this disaster – are currently in the process of trying to cover their asses.

How are those efforts coming along?  Poorly … sort of like governor Henry McMaster’s efforts to sell off the state-owned utility at the heart of this colossal cluster.

Of course when you consider the state’s “Republican-controlled” legislature and former governor Mark Sanford are dead-to-rights responsible for this debacle, how else was this game of charades supposed to end?

But these hearings are proving to be the latest – and perhaps greatest – example of Palmetto State whitewashing.

For some context, here is our latest background boilerplate spiel on this drama: Government-run utility Santee Cooper and its private sector partner SCANA spent the past decade collaborating on a pair of next-generation reactors at the V.C. Summer facility in Jenkinsville, S.C.

These reactors – which were supposed to have been operational a year ago at a cost of $9.8 billion – still haven’t been finished.  Not only that, some estimates indicate they could cost another $9 billion to complete (i.e. double the original cost).  For its part, Santee Cooper claimed another $16 billion would be required to finish the V.C. Summer expansion project – nearly triple the original cost estimate.

Unable to pony up its share of that amount, on July 31 Santee Cooper pulled the plug on the deal  … a decision that killed an estimated 5,600 jobs, squandered billions of dollars in investment (including more than $2 billion raised through rate increases on consumers), threw South Carolina’s energy future into chaos, cost Santee Cooper its credit rating and prompted a class action lawsuit against SCANA.

The latest developments in this case?  Documents released earlier this month revealed the utilities knew over a year-and-a-half ago that this project was doomed – yet continued to raise rates on consumers anyway.  There’s also a looming attorney general’s opinion on the now-notorious “Base Load Review Act,” which lawmakers – including Senate minority leader Nikki Setzler (below) – rammed through the legislature a decade ago. 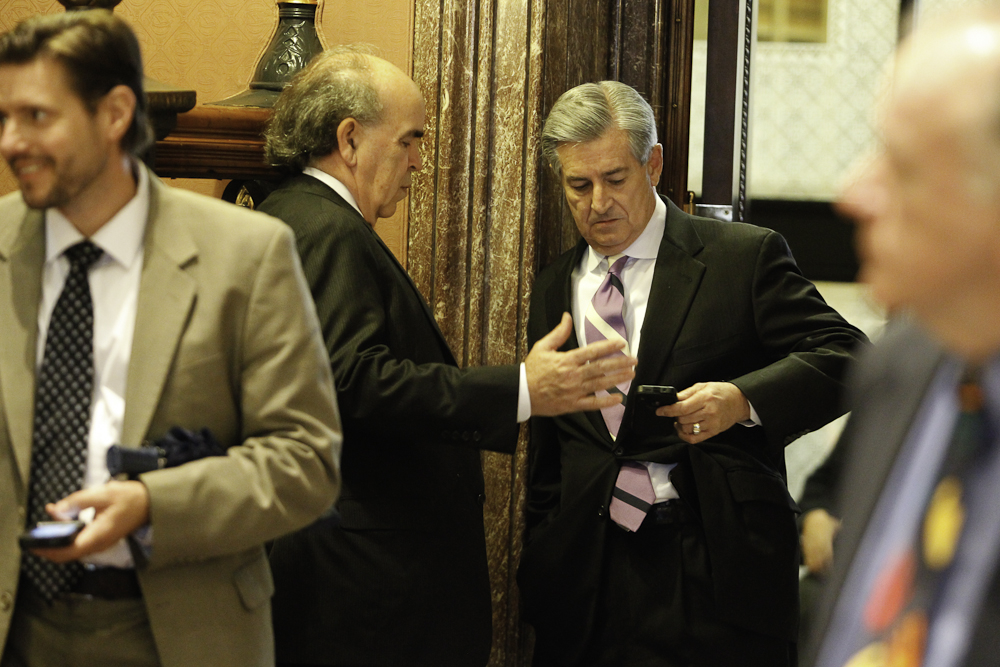 According to our sources the controversial law – which enabled the utilities to socialize their investment risk related to this project – has “constitutional issues,” although they have declined to discuss specifics with us at this point.

Meanwhile, the legislative hearings into this disaster continue to expose the contaminated politicians who approved the Base Load Review Act.

This week, the S.C. Senate held its second hearing on the V.C. Summer debacle.  At the hearing, both SCANA and Santee Cooper officials testified that the project’s “political popularity” played a role in it continuing.  Also, Santee Cooper’s former CEO Lonnie Carter – who received a $16 million golden parachute after resigning in disgrace in the aftermath of this debacle – testified that elected officials were kept apprised of the project’s mounting problems.

Yesterday, Carter was asked by Senator Thomas Alexander – another politician who sponsored the Base Load Review Act – to confirm there had been no “political pressure” to complete the V.C. Summer project.

Carter declined, and again testified that politicians made it clear they wanted the project completed.

Perhaps not surprisingly, there was no follow up by anyone on the Senate committee about which politicians wanted VC Summer finished or what they might have said.

Because that’s what happens when foxes guard henhouses, people.

Furthermore, the Senate committee has yet to make any inquiries into the reason for V.C. Summer’s so-called “political popularity” – or as to how state government oversight, or lack thereof, contributed to its systemic problems.

Why aren’t they asking these questions?   Because they know the answers … and they don’t want the public to see they are every bit as exposed on this issue as the utilities they are haranguing.

State Senator Tom Davis – a staunch critic of the crony capitalist interventionism that led to this disaster – was not in office at the time the Base Load Review Act was passed.  A free market reformer who has repeatedly peeled back the layers of government inefficiency (here and here),  Davis was also not picked to be on the panel investigating #NukeGate.

Why not?  Because these are precisely the sort of questions he would be asking.

“My gut says there was political pressure at play here,” Davis told us. “There’s no other rational explanation for how this could have dragged on for nine years – especially when the factors that made this project economically unviable were known as early as 2010.  Problem is, neither the House nor the Senate committees are considering that possibility.”

Of course they’re not … because the goal of this legislative charade isn’t to find the truth, it’s to continue covering it up.