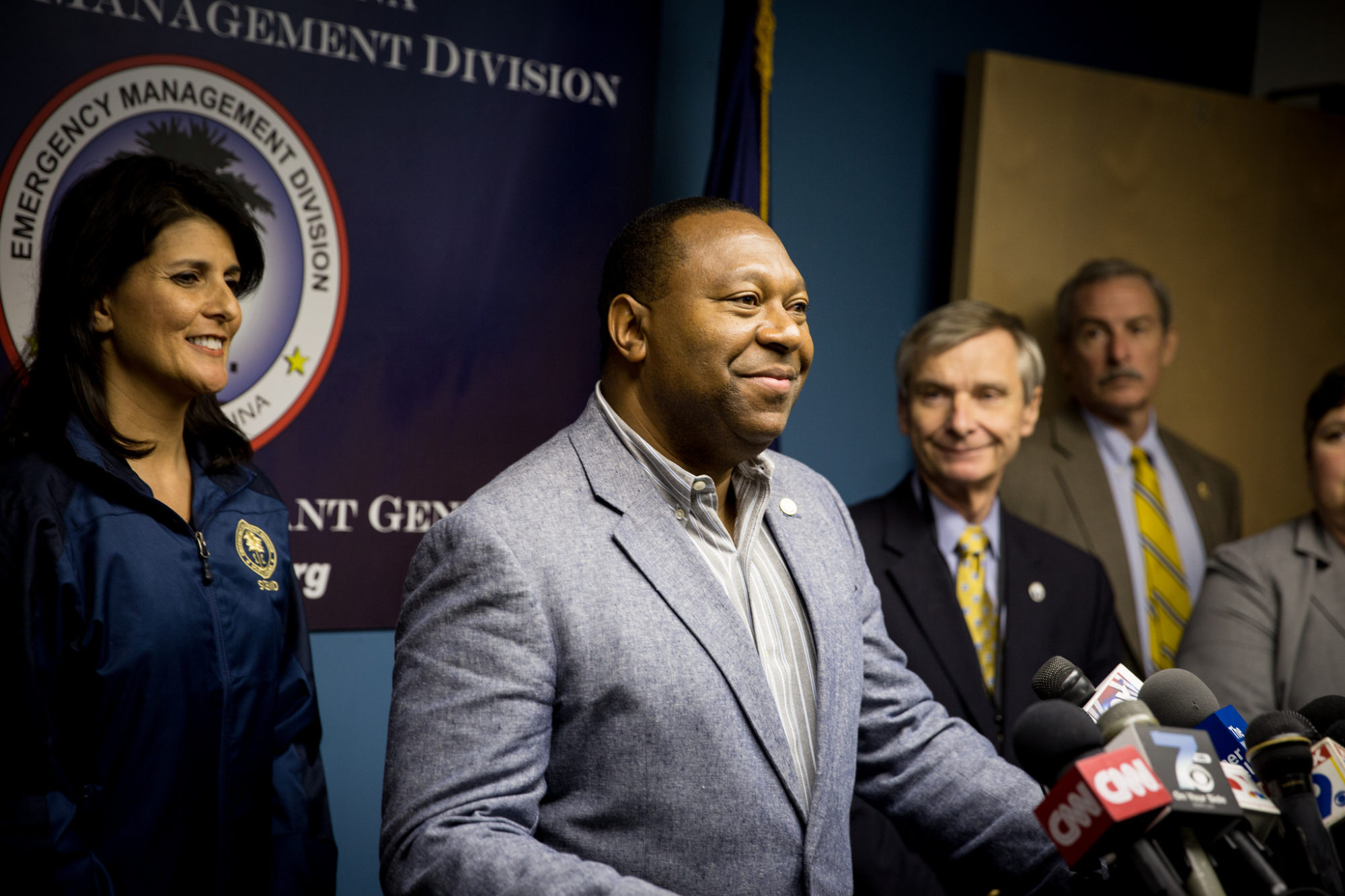 The ranking Democratic lawmaker in the S.C. House of Representatives wants to stop paying one of the state’s top law enforcement officials.

Even weirder?  Both the lawmaker and the law enforcement leader are black.

S.C. House minority leader Todd Rutherford introduced a proviso to the state’s bloated fiscal year 2017-2018 budget this week that would cut the salary of Leroy Smith, director of the S.C. Department of Public Safety (SCDPS).

Smith makes $162,313 annually according to the latest state salary data from the S.C. Department of Administration (SCDOA).  That total does not include benefits and various allowances.

“Morale at the Highway Patrol is at an all-time low,” the veteran legislative leader told us. “It is clear to me the agency needs to go in another direction.”

As we noted in a pair of recent stories (here and here), Smith’s agency is in real trouble … and has been for some time.  In fact several months ago we encouraged incoming governor Henry McMaster to make Smith one of his first “fires.”

A member of the S.C. House government oversight committee, Rutherford said he has uncovered extensive evidence of Smith’s lack of leadership at SCDPS.  That makes sense … as plenty has been uncovered.

Rutherford told us Smith has routinely played the race card in responding to criticism – something we warned our readers about six years ago when he was first hired by former S.C. governor Nikki Haley.

“He needed to go a long time ago,” Rutherford said.  “I tried to help, but the deeper I got, the worse (I found) he is.”

Rutherford is correct.  He’s also correct in asserting that there is broad, bipartisan support to strip Smith’s salary from the budget.

“I have talked to thirty or forty members – on both sides of the aisle – and there is agreement on this,” he told us.

To be clear: We’re not wild about lawmakers intervening when it comes to executive branch appointments (or compensation levels for such appointments).  Those decisions are – and should remain – the exclusive purview of the governor’s office.  In fact we’ve previously criticized legislators for using the proviso section of the state budget to seize additional power from the state’s constitutionally-neutered executive branch.

Our hope?  That McMaster will fire Smith prior to July 1 – making Rutherford’s proposed proviso a moot point.