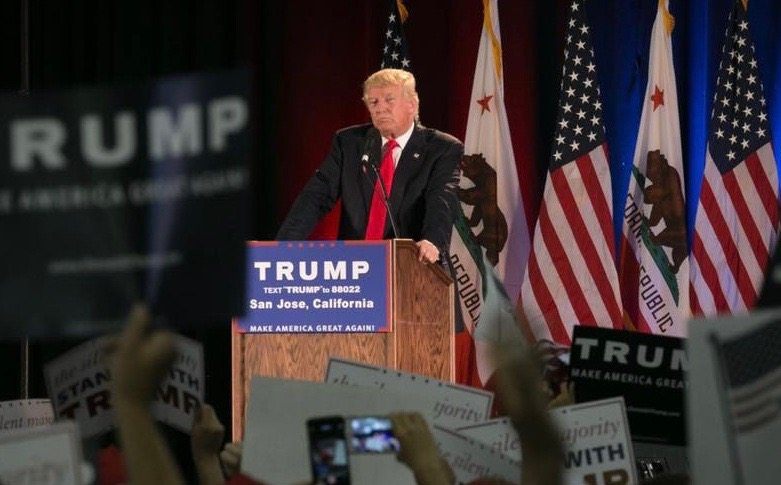 AND NO, WE’RE NOT TALKING ABOUT TERRORISM …

Back in January this website endorsed Donald Trump prior to the first round of 2016 presidential primary voting.  Of course our endorsement was more about rebuking the “Republican” establishment than it was affirmatively backing the billionaire real estate mogul – whom we’ve criticized on several occasions.

Still, Trump is capably lending voice to voter anger and frustration with establishment politicians of both parties – a positive, long-overdue phenomenon.

Simply put, he’s exposed the political system in America as being rigged … and has daily rebuked politically correct orthodoxy while exposing some of the most powerful special interests in our nation.

“The leadership of the AFL-CIO has made clear that it no longer represents American workers,” Trump said.  “Instead they have become part of the rigged system in Washington, D.C. that benefits only the insiders.”

“Hillary Clinton and her husband have made hundreds of millions of dollars doing favors and selling access to Wall Street, special interests and oppressive foreign regimes,” he continued.

Is he right?  Damn straight.

Clinton is bought and paid for by some very bad people – and populist voters know it.  They also know she’s a crony capitalist.   And a neoconservative warmonger.  That’s why her path to the Democratic nomination (assuming she’s not indicted in connection with her email scandal) quickly morphed from queen’s coronation into close call.

Clinton should have obliterated U.S. Senator Bernie Sanders – an independent socialist from Vermont.  Instead, she found herself in a pitched battle against what should have been token opposition from a fringe candidate.

“Bernie Sanders is 100 percent correct when he says that Hillary Clinton ‘vote[d] for virtually every trade agreement that has cost the workers of this country millions of jobs,'” Trump said.  “Hillary supported NAFTA and she supported the trade deal with China, Vietnam, South Korea – and if elected will implement the TPP she loves so much – guaranteed.”

Such deals are anathema to workers – unionized or not.

Say what you will about Trump but he’s been on the right side of the trade issue from the very beginning of this campaign.  In fact as our friend Rick Manning of Americans for Limited Government recently noted, his support helped “fast-track” him to the GOP nomination.

But as those conversations continue to swirl, let’s not forget the iconic advice of James Carville – who consulted on Bill Clinton‘s successful 1992 presidential bid.

The more Trump can portray Clinton as harming the economy – and working class people – to benefit Wall Street interests, the better he looks to middle and lower-income swing voters in red and blue states.

“Hillary Clinton is the enemy of working people and is the best friend Wall Street ever had,” he said.  “I will fight harder for American workers than anyone ever has, and I will fight for their right to elect leaders who will do the same.”

Assuming it filters through the Clinton-friendly media, that is pure messaging gold …