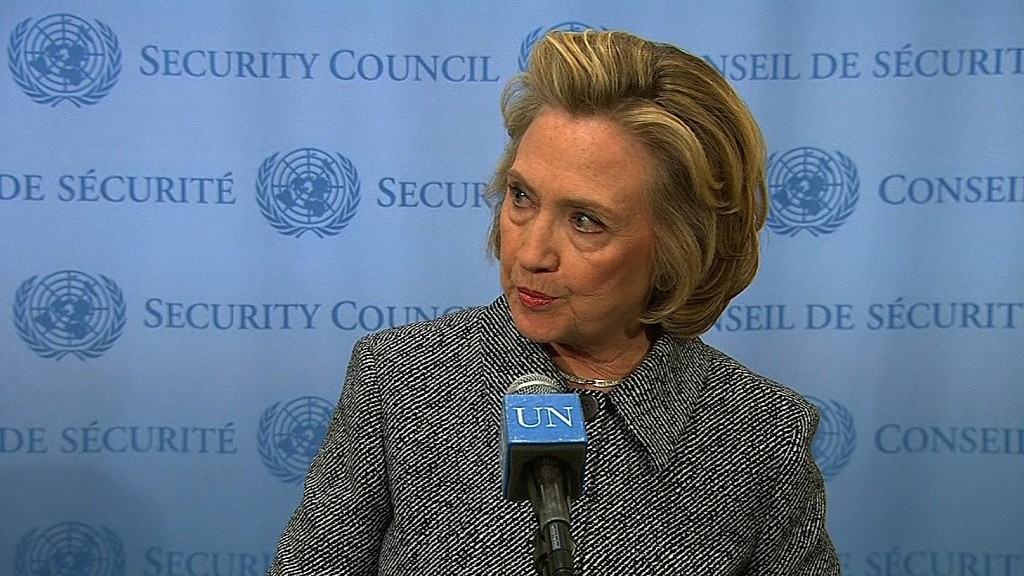 Boeing also subsidized one of Clinton’s pet projects at the U.S. State Department – ignoring ethical rules against such undue corporate influence over government.

Additionally the company’s top lobbyist – Tim Keating – was one of the fundraisers of the “Ready for Hillary” movement, which laid the groundwork for Clinton’s 2016 presidential campaign.

Will we read about any of this in Clinton’s emails?  LOL.  Or her foundation’s tax returns?  Ummmm …

And will we hear Clinton refer to Boeing’s executives when she tours early-voting primary states in search of “everyday Americans?”

A corrupt crony capitalist slush fund, the Ex-Im Bank hurts the competitiveness of U.S. airlines and raises ticket prices for consumers (a.k.a. “everyday Americans”) by enabling foreign airlines access to cheaper planes.  This leads to the cancellation of routes (and higher ticket prices) when U.S.-based airlines can no longer compete on price.

It’s also a flagrant distortion of the free market … one which accrues almost exclusively to the benefit of Boeing brass.

“This is a shameless pitch for Rosavia (Russia’s government-owned airline) to buy Boeing aircraft,” Clinton said during a 2009 visit to Moscow.

Not only shameless, self-serving …

Why is Boeing so eager to help Hillary?  Easy: The company grossed $3.7 billion on the Rosavia deal …

This website has consistently opposed “Boeing’s Bank,” arguing against its market manipulation and the corruption associated with the disbursement of its taxpayer-guaranteed loans.  That’s why we were shocked earlier this year when U.S. Rep. Mark Sanford – who previously opposed the bank – flip-flopped and agreed to support its reauthorization.

FITS attempted to question Sanford about this issue last month after his colleagues in the U.S. House uncovered a major bribery scandal at the agency.

As brazen as it may be, Clinton’s Boeing scandal is unlikely to hurt her in early-voting South Carolina – where she was pummeled by Barack Obama in 2008.  That’s because the Palmetto State’s legacy media is 100 percent in the tank for the Chicago-based company, which operates a heavily subsidized manufacturing facility in North Charleston, S.C.

For Those Who Care What Sarah Palin Thinks

She is going to end up in prison if she doesn’t drop out of the race. FBI is going to be all over her financial dealings.The governor in Virginia got two years for a fraction of what Hillary has engaged in.

Remember John Edwards said it: We have TWO Americas…

One where you can be sentenced to jail, just for being a Republican…and one where the media can shill for you…and no matter what you do, you get away w/ it…

Look at the IRS scandal…That’s FIVE times worse than what Nixon was accused of doing…yet Obama is walking free of any prosecution…because corrupt people – like Obama and the Democrats – don’t care about the law…as long as they can feed their greed, and maintain their power…

If the Republicans had evidence of an actual scandal they would impeach Obama. But they haven’t! So which is it, Obama is innocent, or the Republicans are in on it? Don’t hurt your brain thinking about it much.

So you’re saying Obama is so good at corruption, he hides his crimes so well…he cannot be caught…

I don’t disagree…But Nixon did not commit a crime. He just tried to cover up for some stupid people who bugged the HQ of a bunch of losers, who could not beat the Republicans, no matter what they did…

Obama is doing serious damage to the country…and getting away w/ it… while the filthy, and the media, cheer him on…

Only reason Obama hasn’t been impeached or arrested for treason (based on his foreign policy and immigration lawlessness), in my opinion,is he is black?

It would be Baltimore in every inner city in America.

In my opinion Obama should not be impeached. He should be held accountable and left slowly twisting in the wind.

In South Carolina, Tarring and feathering is only the beginning. You’re not done until you’re road out of town on a rail.

Look what Obama and the DOJ did to Menendez, one of their own, for disagreeing with him on Cuba and Iran.

Hitler would be proud…..of Obama…

This plays right into the “progressive” elites hands … Divisiveness is Their goal.

Liberals – you prove- are some Dumb@$$ some beeches…Hahahaha…

It’s called “bakshish.” It’s the bribe you have to pay to dishonest government, in order to stay in business.

In this country it is called extortion … and is settled with “donations” to PACs and “foundations” and in a civilized world it is called bribery.

Yep. It’s them thar thangs, too. Our objective is to try to make our country a civilized place, inni?

Has FITS ever mentioned the $138,000,000+ that Alabama had to bribe Airbus to locate a factory in Mobile? Or that Airbus gets multi government loans of up to 33% of the cost of developing new airframes with all but no interest.

That accusation makes sense coming from someone who has no judgement.

Kicked your ass at the ballot box last time liberal…and every other time.

Boeing should demand a refund.

OK, but then let’s also concurrently lobby to shut down the EU equivalent of the ExIm that backstops financing for large capital intensive EU products (like Airbus aircraft, heavy equipment, etc), the Brazilian equivalent that does the same for their products and the Chinese equivalent that does so for their products and so on rather than just railing against the ExIm….or do you enjoy watching a fight where one contestant has one arm tied behind their back. Get real!!!

The other thing that is misleading is that the ExIm bank is not a bank, it fundamentally is an insurance agency that guarantees the loans made by other financial institutions, a backstop, if the loans are ever defaulted upon. By doing so, the buyers are able to access lower interest loans. And the record of ExIm bank defaults is nearly non existent.