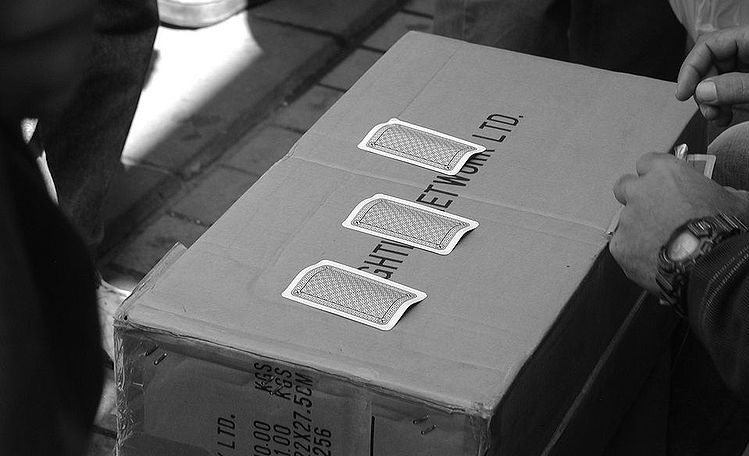 You know … assuming that hasn’t been made abundantly clear by now.

According to the poll, 47.2 percent of Americans said they agreed with the following statement: The current system of presidential primaries and caucuses are ‘rigged’ against some candidates.  By contrast, only 23.6 percent of respondents said they disagreed with that statement.  The rest – 29.5 percent – said they were unsure.

For the visual learners among us (red, rigged; yellow, not sure; green, not rigged) … 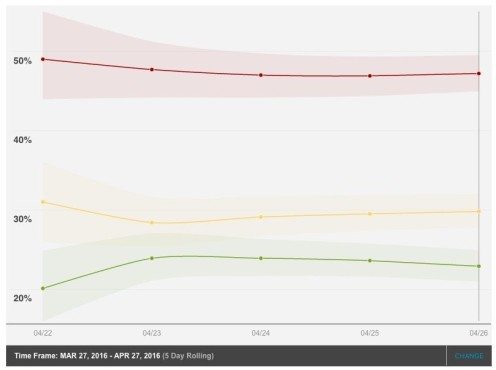 As you can see on the chart above, in one of the polling models the percentage of voters who said the process was rigged topped 50 percent.

Here’s the really significant number, though: A whopping 71 percent of respondents indicated they would rather pick their party’s nominee via a direct vote as opposed to using delegates.

Amen to that … although we would argue the current fissures within the GOP (and to some extent within the Democratic party as well) are sufficiently wide so as to render party nominating processes far less relevant than it has been at any point in modern America political history.

In other words, the two parties are losing their grip … which we believe constitutes a distinctly positive trend.

Taxpayers don’t deserve a “rigged” Republic.   They deserve more, better choices … the sort of options that will only be readily available to them outside of the two-party system.