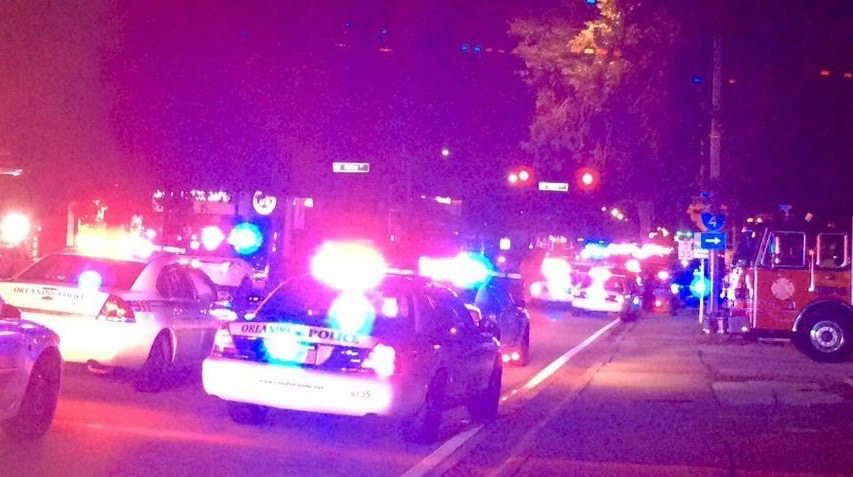 It’s getting predictable. Actually, it’s been predictable for some time now …

First, people get shot. Second, media outlets gush over the gore and obsess over the body count (the higher the better for them). Third, liberals rush to blame guns (they don’t even wait for the bodies to grow cold anymore). Fourth, a deeper meaning is assigned in an effort to lend narrative significance to the tragedy (irrespective of whether the narrative fits).  Fifth, people go absolutely nuts on social media (further cementing the deep ideological divisions in this country).

Finally, people write columns about how predictable the process has become (an observation they use to advance or attack the “deeper meaning” given to the tragedy).

In the case of the massacre at Pulse – a gay nightclub in Orlando – the narrative seems to be obvious.  Yes, we are talking about the deadliest mass shooting in American history – with at least fifty people confirmed killed.  And yes, it appears to be the worst terrorist attack on American soil since 9/11.

But the sheer size of the carnage doesn’t seem – at least not initially – to suggest a complicated situation.

The alleged perpetrator of this slaughter – 29-year-old Omar Mateen – was a militant Islamic jihadist.  In fact he called 911 during his rampage and pledged allegiance to the Islamic State in Iraq and Syria, the bloodthirsty caliphate that has been on the ropes in recent months thanks to an aggressive intervention by Russian armed forces.

He even made sure to call out “Allahu Akbar” as he methodically dispatched his victims – leaving the all-too familiar calling card of carnage.

Mateen – who was killed by Orlando police while carrying out his attack – was interviewed by the FBI in 2013 and 2014 after he reportedly expressed sympathy for suicide bombers.  According to the agency, those interviews were “inconclusive” and no action was taken with regard to his case.  Relatives said Mateen was violent – abusive, even – and that he shared the typical Islamic hatred for homosexuality.

Was his attack motivated by this hatred?  Or was it a broader contempt for all Americans that set his murderous machinations in motion?

Our guess is the distinction doesn’t really matter all that much to those grieving the loss of loved ones.

Murder is a sufficiently sinister “hate crime.”  It doesn’t need the PC police tacking on ancillary charges on to make it “more evil.”

It is already evil.

Orlando authorities say Mateen’s attack was well-planned.  Did ISIS assist him in pulling it off?  Or was Mateen truly a “lone wolf” merely inspired by the caliphate?

These questions do matter because they will directly impact U.S. foreign policy – which is as it should be.  This website has repeatedly said this nation should be non-interventionist – however this non-intervention should never be confused with pacifism.

Over the coming days and weeks we will no doubt learn more about Mateen, what did/ didn’t motivate him and who did/ didn’t assist him.  Will any of that change the basic narrative currently confronting us?  Probably not.

Will any of it justify foreign engagement?  Perhaps …

Lone wolf or not, Mateen was clearly killing in the name of the prophet Muhammed.  To ignore that – as U.S. president Barack Obama has once again chosen to do – is disturbing.

And becoming all too familiar …