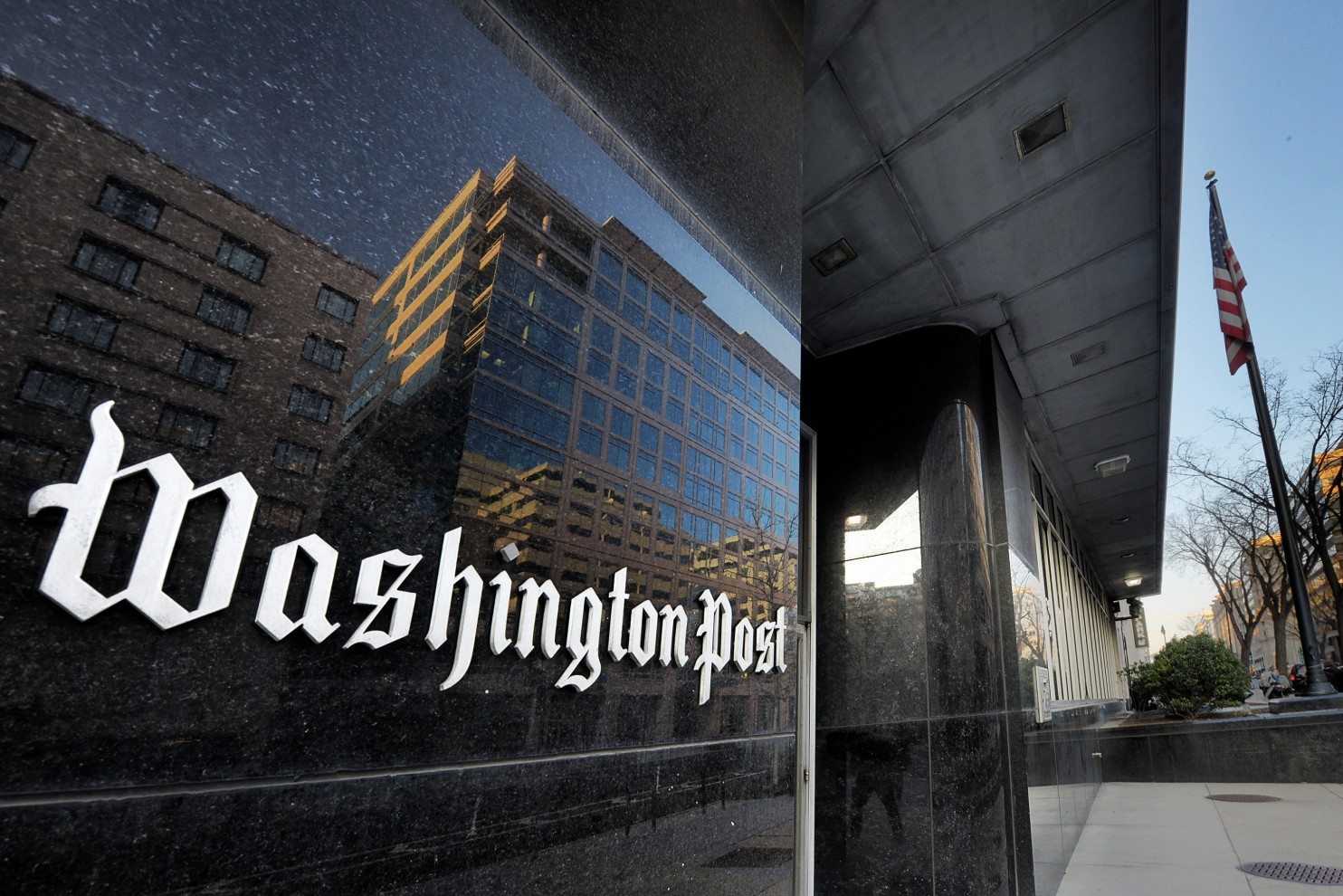 This website makes no claims as to objectivity.  We exist to shape your opinions.  And like anyone else with something to say, our effectiveness in convincing you depends on our ability to compete in the “marketplace of ideas” using facts, numbers and arguments.

They’re the ones with the laminated credentials.  The sexy anchors.  The “access.”  The lofty claims of being “fair and balanced.”  Of course as we’ve already seen in this election cycle, these outlets are pushing agendas every bit as much as we are.

The latest example of MSM machination in the 2016 election?  The Washington Post – which fancies itself as “the dominant morning newspaper in the capital of the free world.”

According to the paper’s standards and ethics, as reprinted by the American Society of News Editors (ASNE), the Post is “is pledged to an aggressive, responsible and fair pursuit of the truth without fear of any special interest, and with favor to none.”

“Washington Post reporters and editors are pledged to approach every assignment with the fairness of open minds and without prior judgment,” the mission statement added.

Lofty rhetoric … but is the paper living up to it?

Don’t believe us?  Here’s the list (as compiled by Adam Johnson of Common Dreams, a progressive website) …

“All of these posts paint his candidacy in a negative light, mainly by advancing the narrative that he’s a clueless white man incapable of winning over people of color or speaking to women,” Johnson wrote. “Even the one article about Sanders beating (Donald) Trump implies this is somehow a surprise – despite the fact that Sanders consistently out-polls Hillary Clinton against the New York businessman.”

Obviously the Post’s love affair with Democratic frontrunner Hillary Clinton is nothing new (we wrote about it all the way back in 2007).  But sixteen negative stories against her opponent?  In sixteen hours?

That’s ridiculous.  It’s also worth noting this full-court press against Sanders was launched in the run-up to the Michigan primary – where a loss to the heavily-favored Clinton could have effectively ended Sanders’ candidacy.

Johnson has a theory … one rooted in the sale of the paper to Amazon CEO Jeff Bezos in 2013 for $250 million.  While that was chump change for Bezos (who is worth roughly $50 billion), it was about four times what major daily papers usually fetch.

Despite being ideologically opposed to the Democratic Party (at least in principle), Bezos has enjoyed friendly ties with both the Obama administration and the CIA. As Michael Oman-Reagan notes, Amazon was awarded a $16.5 million contract with the State Department the last year Clinton ran it. Amazon also has over $600 million in contracts with the Central Intelligence Agency, an organization Sanders said he wanted to abolish in 1974, and still says he “had a lot of problems with.” FAIR has previously criticized theWashington Post for failing to disclose, when reporting on tech giant Uber, that Bezos also owns more than $1 billion in Uber stock.

The Washington Post’s editorial stance has been staunchly anti-Sanders, though the paper contends that its editorial board is entirely independent of both Bezos and the paper’s news reporting.

Bezos said he bought the Post to help usher it into the digital age and to transition it into a global newspaper.  And the media bought this spin hook, line and sinker.

“Every day begins with a blank screen, a room full of smart people, and a mission to find out how the world works and the motivations of its actors,” Bloomberg’s Brad Stone wrote in a fawning piece exploring Bezos’ purchase of the paper, saying this was a goal “even the crustiest journalists” could appreciate.

Apparently protecting Bezos’ government contracts had something to do with it, too.

Look, this website is no fan of Sanders.  We’ve mocked his socialism repeatedly, and we think he would be a disaster for America if elected president.  But at least Sanders is honest about his ambitions – and his plans.

This is not journalism, this is political advocacy in support of a narrow special interest.

Too often, we focus on corrupt politicians as what ails America.  But they are only a visible manifestation of the real problem.  As we’ve noted in the past, politicians are not corrupt in a vacuum – they are corrupt because they are allowed to be.  It’s hard enough to hold them accountable with the media doing its job – impossible if the media becomes their mouthpiece.

The Washington Post should be embarrassed by its ongoing subservience to its corporate masters – which runs explicitly counter to its public duty as well as its stated purpose.