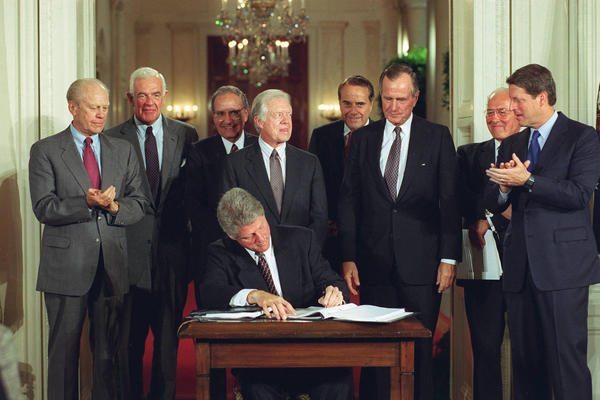 || By FITSNEWS ||  We’ve received several messages from elected officials of late questioning our opposition to TPA and TPP.  For those of you busy with real life and unhip to the D.C. alphabet soup, TPA is “trade promotion authority” – or “Fast Track.”  It refers to the ability of U.S. president Barack Obama to unilaterally write and enforce TPP, which is the “Trans-Pacific Parternship,” a massive trade deal with Pacific Rim nations.

TPA is a process by which the U.S. Congress would surrender its role in American trade negotiations to Obama … while TPP is a deal which would basically endorse foreign currency manipulation, subsidize the outsourcing of U.S. jobs and erode America’s rule of law.

Collectively, we refer to the two proposals as “Obamatrade.”  And we’ve been adamant in our opposition to both.

According to some of our leaders, though – who communicate regularly on such matters with us – opposing TPA and TPP is inconsistent with our stated support for free market economics, which includes free trade.

We hate to break it to our “free market” brethren (ahem, Mark Sanford) but there is a huge difference between “free trade” and what American has now – which is managed trade (if we’re being polite) and corporate whoring at the expense of U.S. workers and consumers (if we’re being honest).

For that, we need to look to the most ignored document in America these days … the U.S. Constitution.  According to Article I, Section 9 of our nation’s founding (now all but forgotten) document – “free trade” is what the framers explicitly envisioned for the states of the union.

“No tax or duty shall be laid on articles exported from any state,” they wrote.  “No preference shall be given by any regulation of commerce or revenue to the ports of one State over those of another: nor shall vessels bound to, or from, one State, be obliged to enter, clear, or pay duties in another.”

That is free trade …

In November of 1993 – before the deal passed – these establishment types joined together under the banner of the National Association of Manufacturers (NAM) to tell us how NAFTA was critical to the creation of hundreds of thousands of new U.S. jobs.   One report even projected it could create 170,000 new positions within the first two years of its implementation.

What did NAFTA really do?

Several things (none of which were good): According to a report released last February, the agreement exploded America’s trade deficit by 580 percent, cost the country a million jobs, doubled immigration from Mexico, sapped middle class wages and perpetuated income inequality in our country.  How’d it do all that?  Easy: By carving out new protections for foreign companies looking to move jobs out of America – the same “subsidized outsourcing” that is at the heart of Obamatrade.

In fact Obamatrade is NAFTA on steroids – especially when (not if) China joins the party.

The question is whether opposing something that’s demonstrably bad for American workers and consumers is somehow inconsistent with our stated free market ideology.

Well, we’ve got a three-word answer to our critics:  It is not.

NAFTA did promote international competition – but only up to a certain point.  It didn’t eliminate tariffs, it manipulated them for the benefit of specific corporations.  It also extended government-granted monopolies via patent and copyright “reforms” (similar to the Hollywood handouts envisioned by Obamatrade).  Additionally it created environmental and labor bureaucracies – and empowered them with the ability to levy sanctions and fines.  All while shredding the rule of law related to disputes involving American corporations.

Any of that sound like “free trade” to you?  Of course not.

As much as its supporters insist otherwise, NAFTA picked winners and losers in the marketplace.  If you were an executive at a foreign or U.S.-based corporation able to lower your bottom line (and pad your profits) by accessing cheap labor in Mexico, you won.  If you were an American worker looking to hold onto your job and your salary, you lost.

And if you were an American consumer sold on the allure of cheaper goods … chances are you lost too.

“U.S. workers without college degrees have lost roughly 12.2 percent of their wages – even after accounting for the benefits of cheaper imported goods,” columnist Leo Hendrey, Jr. wrote recently for Reuters.

In fact, it is utterly baffling that those who support such demonstrably harmful “rigged trade” deals would accuse us of being opposed to “free trade.”

Paul: Obama Opening “Can Of Worms” In Syria

Correct that TPP is not “free trade”.

Yep, it’s not free trade. The question is whether it’s “freer”(word?) than the managed trade we have now.

I truly have no idea…I’m not even sure it’s “knowable”.

OK, the most obvious contradiction. So according to all this – NAFTA resulted in millions of jobs being funneled to Mexico, thus causing, millions of Mexicans, to illegally immigrate to the US, because – I’m guessing on this one – they were afraid of the new jobs in Mexico and decided to go to the US to cut grass. Someone want to straighten that twist out for me?

You can’t use “logic” and “FITS” in the same paragraph, much less the same sentence.

To me, the most obvious contradiction is that Article I, Section 9 has to do with trade between states of the United States. It has nothing to do with international trade.

First, some would argue that IP laws ARE “property protection”.

Second, I agree with your statement that true free trade requires no gov’t intervention.

That’s why the following quote doesn’t make sense to me:

“If you were an executive at a foreign or U.S.-based corporation able to lower your bottom line (and pad your profits) by accessing cheap labor in Mexico, you won. If you were an American worker looking to hold onto your job and your salary, you lost.”

Ok, if it’s “free trade”, that is what is going to happen. So are you bitching about the lack of “free trade” but then arguing there should be restricted trade via job protectionism?

When you have “free trade”, you are going to lose low skilled jobs due to lower costs in other countries…jobs that require no skills…including even not being able to read/write, aren’t going to stay in America under free trade.

The underlying assumption is that the lower cost benefits society on the whole even though low skilled workers here are forced to try to up their skill level or live a life of poverty….

It’s not a pretty short term outlook(but if you believe in free markets it should eventually translate to a higher standard of living for everyone)…but someone that’s a hardcore “free trader” should never be arguing for protectionism…and that includes job protectionism.

The actual basis of free trade theory is comparative advantage. That means, if workers in Mexico have an advantage in making say Jettas, and China has an advantage in making cheap plastic stuff because of labor costs, and the US has the advantage in advanced manufacturing processes, then Mexico assembles Jettas and sells to China and the US. China makes plastics spoons, and sells to Mexico and the US. And the US makes advanced manufactured components and sells to China and Mexico. Since (in theory) the US has the comparative advantage in high skilled / capital intensive products, higher skilled gets higher wages. Chasing after making cheap plastic products is a loser. Manufacturing did well in the 1990s after NAFTA, so it might be that it’s not Trade that hurt us 2001-2008, but policies. And you’re correct, lower skilled employees have a simple solution – upskill.

Love your post and I’m in total agreement, kudos!

This top is pretty complex and involves a great degree of intellect – so – guess we won’t see GT on this thread.

Update:GT shit out a turd that looked exactly like some random Islamic dude. He immediately decided it was Mohammed, and entered it in a “Turds Shaped Like Mohammed” contest, somewhere up around 96. ISIS got wind of it, and dispatched some “sleeper cell” operatives out of Gray Court. They looked at his turd (which turned out to be the only entry in the contest), which they decided looked more like a cartoon version of “Ahab The Arab” than like their prophet.

So they decided not to kill him, but to hold him hostage, as there was a strong rumor that he was working for Nikki Haley, and they were short on money — so they hoped to get her to pony up big-time to gain his freedom. No such luck. She had never heard of him. So, acting on info gleaned from FITSNews comment threads, they went to the leader of the Dems, whoever that is now. No luck there, either, as they had also never heard of him.

They decided it’s not even worth it to kill him. So they took the turd, shmushed it in his face, took off all his clothes, and painted a bright red “KKK” on his belly and a rebel flag on his ass. Then they sprayed pepper spray right in his eyes, and let him out in the middle of the poorest black neighborhood they could find.

Pray to the god of your choice for GT. Or not.

Why do you continually omit the key information that Republicans, including your hero Rand Paul, are all for TPP AND fast tracking it?

I guess, now that I think about it, that typing “OBAMATRADE argle bargle” is a better way to stir up the right wing base.

Do you have to ask?

Where’s that “FITS is no Republican” guy, I’m doing his job today.

Are you smarter than a fifth grader?

The logic of measuring the benefits of trade using GDP is that if trade is balanced, there is no benefit. If (X ? M) = 0. then trade has no benefit to either party. Only the party with a trade surplus benefits. By this logic there is no reason to have any trade unless you can guarantee a surplus, but your trading partner, using the same logic, would never agree. So trade with Mexico is ended

Little Johnny advances to the six grade. All the workers who were producing the $240,326,200,000 of exports are now put to work producing the $294,157,500,000 of products that were formerly imported. They find that the workers who were efficient producers of the exports are not the most efficient producers of what use to be imported. They have to hire more workers and have to pay them more than the Mexican workers before they would agree to work. It now cost $400,000,000,000 to produce the same amount of products.

Now instead of consuming $294 billion of exports the US is consuming $400 billing of domestic production. So add the $53.8 billion lost to trade and add $106 billion and we have increased GDP by a total of $159.8 billion. Little Johnny is pleased. All the increased GNP and not any increase in the production of goods.
In the seventh grade Little Johnny learns that higher costs for the same amount of goods is called inflation.

In 9th grade Johnny learns there’s over 150 different countries, and so he attempts to calculate it as a whole, then has a mental breakdown and has to get on medications. When he enters 11th grade his father gives him a Hyundai.

Nobody’s laughing about Ross Perot’s “Giant Job Sucking,” now.
He was exactly right, and why I voted for him and everyone else should have.
Now, see what they gave us.