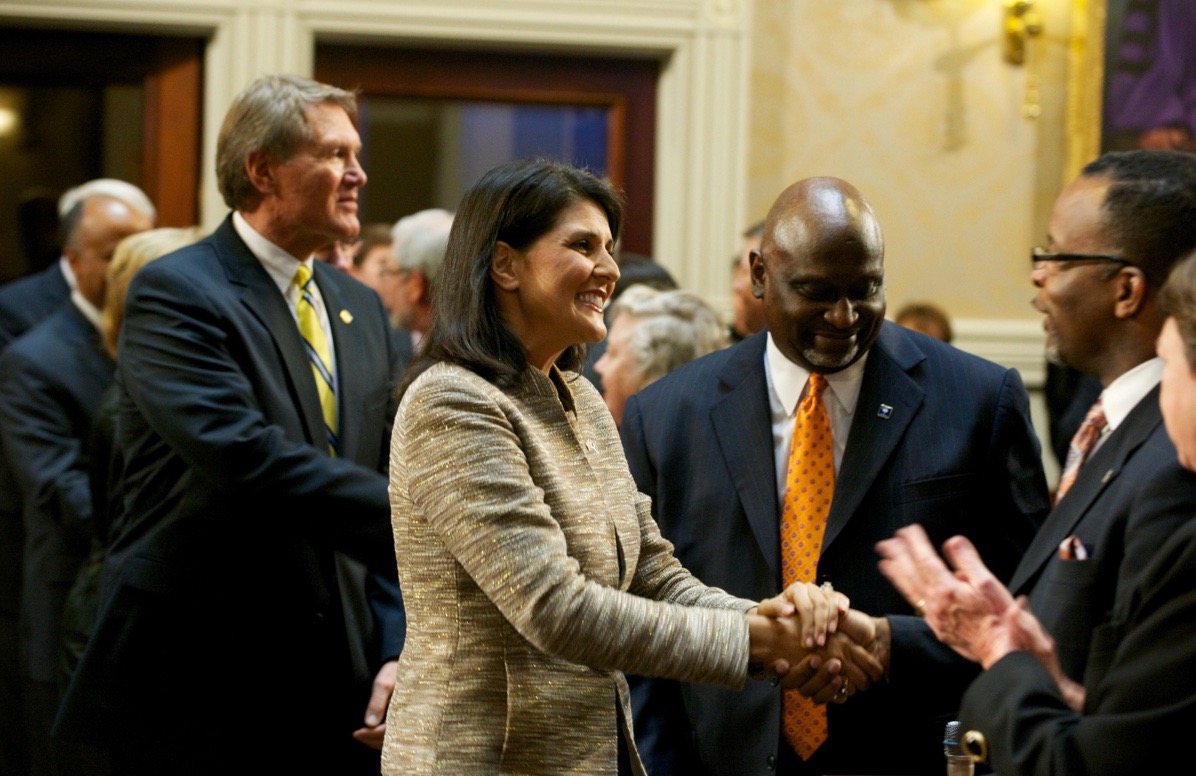 LAWMAKERS SHOULD SUSTAIN HER … OR ELSE TAXES WILL GO UP EVERYWHERE

S.C. governor Nikki Haley has vetoed a bill that would permit local municipalities to extend tax increases without a vote of the people.

“I have vetoed H.5011 passed by both the House and Senate because it allows local governments to increase taxes on citizens without a public vote,” Haley wrote on her Facebook page.  “Any vote like this should have a referendum.”

We agree with Haley – and applaud her veto.

In fact we wrote on a similar bill earlier this month, arguing that any vote to raise taxes or fees (or extend an existing tax or fee hike) must first receive the approval of a majority of voting residents.

Even worse, the legislation they’ve used to advance this tax hike extension would permit other local governments to bypass the people in extending their tax hikes as well.

As we’ve stated repeatedly, we do not support government subsidies for tourism – at any level of government, from any public revenue source.  Tourism marketing is the responsibility of those who profit from tourism – not taxpayers.

Haley has yet to reach this ideological conclusion (in fact her administration continues to subsidize tens of millions of dollars worth of tourism marketing each year) but she is at least acknowledging that local governments shouldn’t be able to raise taxes on citizens without their approval.

We rarely find ourselves on the same side of an issue as Haley (and she got rolled on a recent veto) … but this is one every lawmaker should vote to sustain.

Either they support taxpayers’ right to approve tax hikes … or they don’t.  It’s as simple as that.