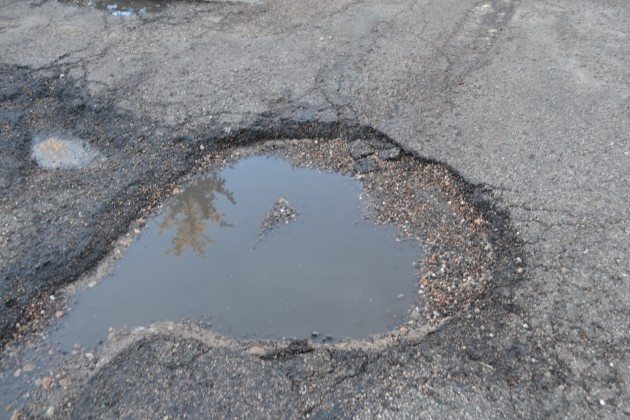 This website has written extensively on the issue of road funding in South Carolina.  For our latest treatment of the issue, click here.

Bottom line?  The Palmetto State has more than enough revenue available to fix its crumbling network of roads and bridges – and properly maintain/ responsibly expand this network moving forward.

The money is there … in fact it’s always been there.

Anyway, in addition to massive increases in funding for the S.C. Department of Transportation (SCDOT), lawmakers have approved an additional $2 billion for immediate road and bridge repairs.

This money will be mortgaged over a ten-year period – with $200 million installments taken from the state’s vehicle sales tax as well fees collected by the S.C. Department of Motor Vehicles (SCDMV).

As this deal moved closer to the governor’s desk, though, questions are being raised as to the constitutionality of the funding arrangement.

According to a recent report (.pdf here) by the S.C. Legislative Audit Council (SCLAC), the Palmetto State’s constitution prohibits the use of taxes to repay revenue bonds.

Is this assessment correct?  In a word, yes.

According to Article X, Section 12, Subsection 9 of the state constitution (.pdf here), lawmakers can only incur indebtedness for public purposes if such debt “does not involve revenues from any tax.”

Have they been following this requirement?

“Although the State of South Carolina may not have pledged or obligated state tax dollars to repay revenue bonds, it is nonetheless using state taxes as an indirect source of funds for the repayment of revenue bonds,” the auditors wrote.  “Our conclusion is that there is uncertainty regarding the constitutionality of this practice.”

You know … the practice lawmakers are about to ramp up (and not just to fund roads).

According to a State Senate leader we spoke with, the road spending bill headed to governor Nikki Haley‘s desk is “airtight.”  Another lawmaker told us the road bill had been approved by a “bond attorney opinion.”

“It raises an interesting point,” the lawmaker told us, ” but Senate finance (committee) got a legal opinion on bonding the SCDMV and car tax fees.”

Will that hold up?

We reached out to S.C. Treasurer Curtis Loftis for his thoughts, and he told us the bill has been an area of “grave concern” to him for several months now.  He also indicated his intention to seek an opinion from the attorney’s general’s office on the matter.

Our view?  The constitutional language is explicit on this subject … and a court case based on such a challenge seems to us not only likely, but likely to win.

Lawmakers are clearly engaging in deficit spending … even though they claim to only pass “balanced budgets.”

The only question is … is it legal?

Consumer Comfort: Stuck In The Middle