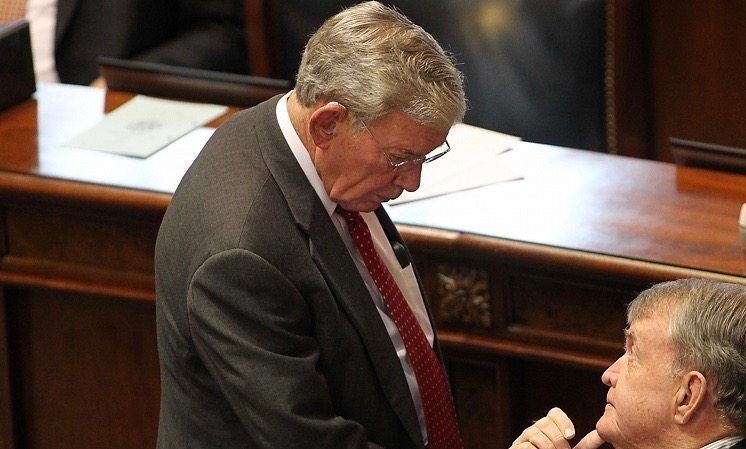 He’s got one hell of a scoop up this week involving powerful S.C. Senate president Hugh Leatherman, whose corrupt entanglements with various transportation projects this website has been exposing for years.

According to Aiken – who busted Leatherman a few months ago gaming the government’s highway bid system – the powerful politician has been concealing income that links him directly to government institutions whose budgets (and bond proposals) he has been overseeing.

In fact, Aiken’s report suggests Leatherman has been concealing these financial connections for more than a decade.

Not only that, there’s fresh evidence that Leatherman’s belatedly-disclosed financial holdings link him with a hugely-controversial transportation project in his backyard.

Earlier this year in an extensive review of property tax records in Florence and surrounding counties, The Nerve found that Leatherman and his wife owned real estate valued at more than $2 million that was not disclosed on his SEIs, including $500,000 worth of residential holdings under yet another business (Hugh Leatherman LLC) that he does not list on his SEIs. That review did not take into account his newly disclosed ownership in East Florence Properties.

A search of Florence County property taxes shows one current real estate holding for East Florence Properties, a 58-acre parcel at the intersection of Hwy 327 and Hwy. 321 purchased in 2005 for $1.8 million. The site connects directly from Hwy 301 eight miles south to Hwy 51, the controversial Pamplico Highway that Leatherman wants to broaden to five lanes at cost to taxpayers of $144.4 million. The site also is less than two miles on Hwy. 301 from Francis Marion University, where Leatheman’s daughter was just elected to the Board of Trustees in a brazen flash of nepotism.

A check Wednesday with the Florence County Assessor’s office showed the property currently is valued at $1.02 million and is for sale.

The listing agent is ERA Leatherman Realty, which is listing the 58.15 acre site at $3.5 million – more than triple what the county assessor believes it is worth.

No wonder Leatherman has been pushing so hard for this totally unnecessary project … at the expense of long-overdue maintenance in other parts of the state.

Three years ago this website exposed a direct link between Leatherman and millions of dollars in state transportation contracts.  None of that income was disclosed by Leatherman on his required financial disclosure documents.

Seriously: What does it take for a corrupt elected official to be held accountable in this state?