A few weeks ago this website reported on a questionable endorsement in a 2016 Greenville county council race. Now there’s a similar development taking place in a nearby State Senate contest.

Voters in S.C. Senate district five (map here) began receiving a mail piece this week in which the local sheriff – Chuck Wright – endorsed the candidacy of “Republican” John B. White. 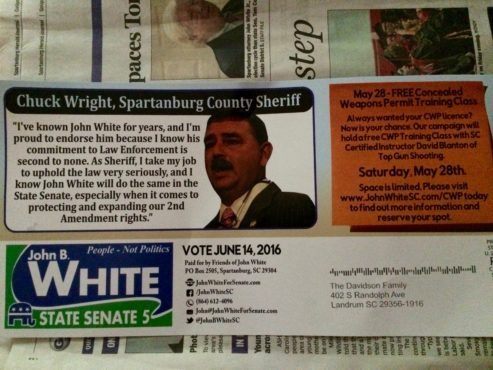 A little over a year ago, White’s law firm in Spartanburg made a $1,000 contribution to Wright’s reelection campaign (the veteran fascist … err, sheriff has opposition in this year’s “Republican” primary election, too). 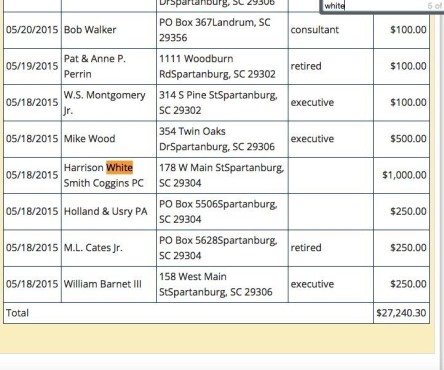 We wonder … is this a quid pro quo?

White is running against incumbent S.C. Senator Tom Corbin – whose uselessness as a human being has been well-documented by this website.

Do we care who wins the race?  No.  Not really.  Neither candidate impresses us, to be perfectly honest.

As a general rule, though, we believe endorsements offered by individuals who have received money from the people they are endorsing should be categorically disregarded.