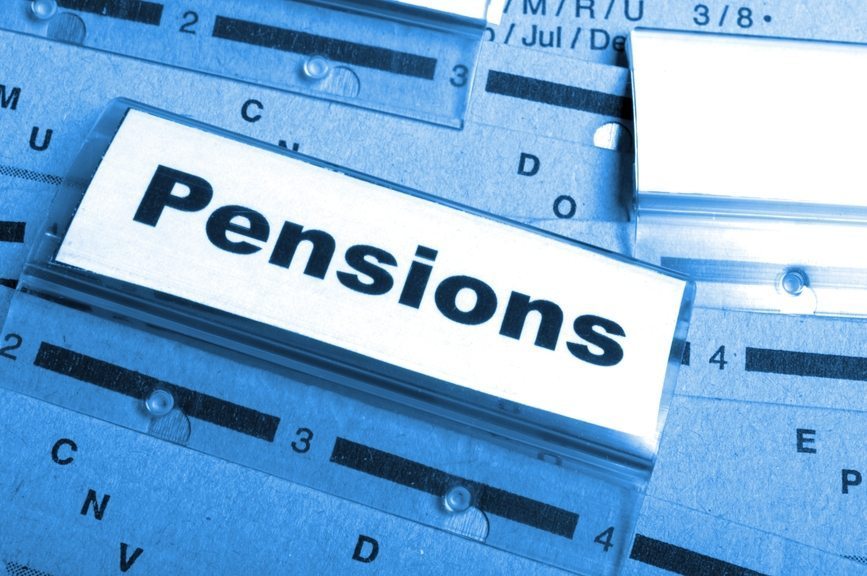 Earlier this month we did (another) post on the sorry state of South Carolina’s pension fund … and efforts by S.C. treasurer Curtis Loftis to reform the corrupt panel which controls its investments.

Under their “leadership,” this fund as seen its debt (which was once as low as $300 million) soar to a whopping $22 billion.  Meanwhile the fund’s value has plummeted – all while overpaid bureaucrats have been doling out massive fees to incompetent fund managers.  In fact, South Carolina has consistently paid the highest investment fees in America – only to see its fund rank in the bottom third of large public pension funds in terms of return on investment.

That’s totally unacceptable – and Reynolds Williams (Leatherman’s appointee) and Ed Giobbe (Haley’s appointee) deserve the blame.  That’s why we called for their resignations … three years ago.

Not only has this fund underperformed by $7 billion on their watch, but Williams and Giobbe have repeatedly attacked Loftis for performing his fiduciary duty to taxpayers.

Now it appears as though Loftis finally has some support in this critical battle – which is exposing taxpayers to massive new costs.

How’s that?  Well, when this fund underperforms, state employees and their employers (a.k.a. taxpayers) are called upon to put more money into the pot.

State lawmakers appear to have finally had enough of the scam.  In fact on the first reading of the S.C. House budget earlier this week, the corrupt SCRSIC was completely defunded.

The next day House budget writers reconsidered and reinstated the budget – but then they voted to delete the salaries for the five SCRSIC commissioners.  That’s eminently sensible.  These commissioners make $20,000 per year (including a fancy license tag, travel and expense reimbursements).  That’s exceedingly pricy compensation for a group that only meets between four to six times a year.

S.C. Rep. Gary Simrill, a budget writer and one of the House members who recently requested an audit of this troubled agency, made no bones about the rationale behind the House’s actions.

“The actions taken in the House while debating the budget voice the frustration regarding the commission and their apparent dereliction of duty in gambling state employees money away,” Simrill said.

In the aftermath of the House’s decision, the pension fund’s six-figure bureaucrats – including executive director Michael Hitchcock (who makes $300,000 a year) – were seen furiously lobbying lawmakers to put their money back in the budget.

Let’s hope they are unsuccessful …

“I’m glad the House is angry,” Loftis told us. “They should be.”

As we’ve said from the beginning of this process, Loftis deserves tremendous credit for battling this powerful, corrupt establishment – even as its leaders were waging a non-stop vendetta against him.  We’re glad his finally got some reinforcements in that battle.

Self-Serving “Porker” Seeks To Shut Down Mobile Vets In SC

Wait until Harvey Peeler makes the appointments, the 22 billion will look like a bargain! Afraid Peeler’s proclivity for misdeeds, ethics, arrogance, and vendettas is greatly unknown and underestimated. Proceed with great caution!

Just put the pension fund money in a stock index fund and leave it alone instead of trying to beat the market. Low fees, no need for big salaries for incompetent “advisors.” You would come out a lot than better. Ask Donald Trump. He would have a lot more money today if he had done the same thing instead of all his real estate dealings.

This sounds and is terrible and yet SC is probably in better shape than most states. Cali’s unfunded liabilities are enough to fund all of Africa.

Actually, SC is in the bottom 40% of funding ratios and dropping very fast, according to PEBA’s reports.

What ever happened to the bureaucrat driving around in a Lamborghini? I can’t remember his name, Borden maybe?

He is a consultant of some type. He does business with SC. Probably illegal but I don’t think anyone will ever do anything about it.

The Loftis hater trolls are not paying attention today, obvously.

They are too busy freaking out.

Will,
I heard that the House did this because of all the grief that the Commission has pulled against Loftis. The haters that constantly post and other crap like that.
They we pissed off about it and thought “lets go after the people behind the haters.”

I think the posters finally realized that lots of other people were insulted by them. House members were visibly angry over that treatment of a guy trying to do his job. Let’s hope so because it ruins the comments for the rest of us.

Investing in anything other than US treasuries should never be allowed by any public pension fund. Because, local fools know little, or nothing, about finances and investments. All they do is lose money.

Our retirees would do much better with free trips to Las Vegas. Where they could lose their own money themselves. Plus, have a nice room, good show, great food and a good time while they do it. For $22 Billion it would be one hell of a good time.

This state pension system won’t be here in 5 years. They will have to close it to new hires and not-vested employees and send everyone else to IRAs or something. There is no good ending here for a plan with high liabilities and constant underfunding. Closing a plan is very expensive as the liabilities have to be paid by fewer people.

Another scoop for Fits.

I dont understand why the MSM is in the tank for the retirement system. Leatherman?

This ridiculous charade is due to the fact that Loftis has some friends in the House. Fortunately, he has no friends in the Senate so good sense should prevail in the end.

I work for the state and I pay taxes. This retirement system is badly managed and our rates are supposed to go up. They are already high. Who is getting our money? Where does it all go? I retire in 7 years and I want to get my retirement without paying high taxes till I die.

There is a company in NC that they’ve been paying several million dollars each year to migrate them to a “new system” however, the agency intentionally hired an unqualified “IT Director” with zero IT experience to oversee it. Since 2013, the consulting firm continues to collect their “fee” (aka kickbacks) yet, we are yet to have our FIRST status report from the firm. Going on year 4 now and when I asked about, I was almost terminated immediately.
I’ve presented audit reports, have even called legislators but they do nothing about it. Loftis is fighting this alone. Michael Hitchcock is the Cheif Theif in Charge and there’s hell to pay for the poor soul who dares to question why we do the things we do. Hopefully Federal Investigators will actually have the balls to stop them because the Legislators don’t.

Thank you for that insight!

Michael Hitchcock, Allen Gillespi, Peggy Boykin and our good friends at PEBA (just to name a few)…but don’t take my word for it, send your own FOIA request. But be careful, I’m told people tend to end up randomly missing or dead.

That wouldn’t surprise me! Behaviors that used to be attributed to the evil, nasty, “Mafia”, are becoming increasingly common in our various levels of government.

Rep. Gary Simrill is on fire. He has done great work on the roads problem (which is difficult as hell) and now this. Good for him!

Yo…get ready for more than indigestion you flag-ripping,
payday-grubbing parasite legislators because this year we’ll give you the runs !!!

Senators Bright, Verdin and Peeler had the guts to honor
patriots and Southern heritage by voting to KEEP the flag

Legislators’ names YOU DON’T SEE HERE…let us make it crystal
clear…need to be UNELECTED on election day !!!

Would you shut the fuck up about your dumbass heritage bullshit. If you hate blacks so much, go take your ignorant ass and your fucked up “family” to a fucking hole in the ground and live in it–you coward-ass bitch. Nobody cares about your fucking plea to protect your bigotry. Fuck you and every other bitch-ass cry baby like you.
Warning: when you live by the sword, you die by it. Things are about to get interesting for pussy motherfuckers like you! Go somewhere and fuck yourself…gay bitch!

almost-truthbetole was cynical and cold because he KNEW President Trump would cut off his Section 8
Not to mention his fraudulently obtained unemployMENT–his SNAP–and his Obama phone…ummm…GREAT !!!

The reason almost-truthbetole flunked Remdial English was his ignorance was great
Revealed profoundly as the ingrate wrote…”Then you can all be celebrate !!! “

Well everyone can’t be valedictorian of the trailer park like you, but I tell you what, if you don’t hold my typing errors against me, I won’t tell everybody that you’re a racist son of trailer trash whore. The dumb shit you are is really not your fault. Given your family situation, you never really had a chance.

truthbetole would often wax cold trying to ascribe to others his insecurity
But if the TRUTH be told he’s a black racist by CHOICE–he chooses to be !!!

I like the way they say their responsibility to the tax payers …what about the retirees who depend on these funds to live. Only a 1% cost of living raise all the while the Haley and Leathermans buddies get huge bonuses. Well retirrees and their familys vote so look out assholes

Evidently they don’t vote. If they did, they would have thrown Leatherman out years ago.

I love all these examples of bloated self dealing government failure. One day we’ll wake up, but I doubt it.