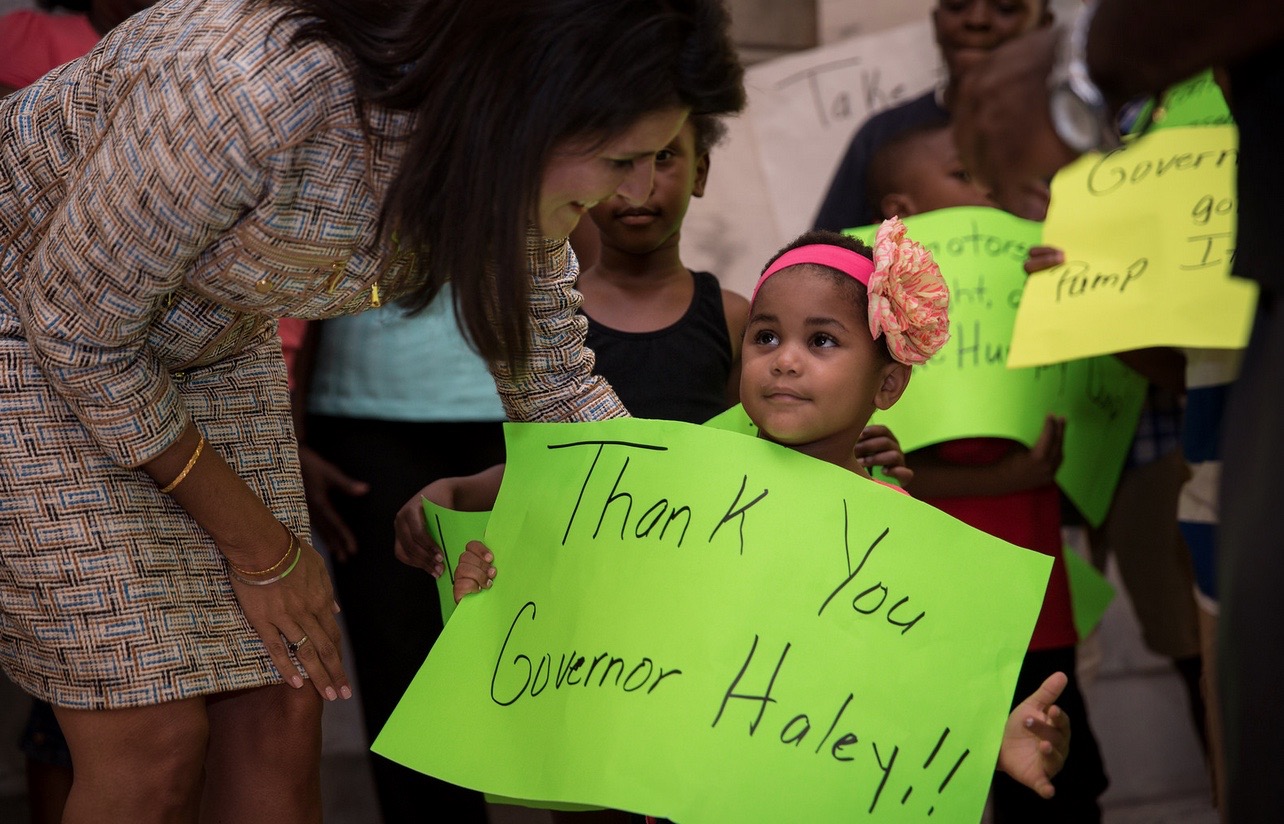 || By FITSNEWS || S.C. governor Nikki Haley used to be a Confederate flag supporter … and in the initial aftermath of last month’s tragic church shooting in Charleston, S.C. she had her finger in the air like the rest of the Palmetto State’s politicians (waiting for the big corporations to tell her what to do).

But none of that matters.  Haley is the South Carolina governor who brought down the flag (never mind the 94-20 vote in the S.C. House of Representatives or the 37-3 vote cast in the State Senate).

And her national star – which has waxed and waned – is solidly on the upswing.

“The last Republican governor who took on the Confederate flag in South Carolina lost his job. Nikki Haley may get a promotion,” wrote reporter Ben Schreckinger of Politico.

“Haley’s decisive action to drive the final removal of the banner from statehouse grounds quickly and relatively cleanly in the glare of the national spotlight proved a well-timed audition for higher office ahead of the 2016 Republican veepstakes,” Schreckinger continued, breathlessly.  “The fact that the issue at hand aligned perfectly with Haley’s brand – a squeaky-clean, pro-business image that transcends her party’s gender and ethnic liabilities – only helps.

Somebody should have probably done a little research before writing that.

Still, there’s no denying that “National Nikki” is back … in a big way.  And while we can (and will) quibble over the motivations and machinations behind her flag conversion, she ultimately wound up on the right side of the issue – and handled herself exceedingly well on the national stage.

And while some lawmakers may be loathe to admit it … her involvement in the debate mattered.

Politico isn’t the only outlet touting Haley’s reemergence on the national stage.

“The 43-year-old second-term governor managed to do what no other Palmetto State politician ever could: unify the state Legislature on the hotly contested issue of the flag,” Melissa Clyne of Newsmax noted.

Not everyone is thrilled with Haley, though.

Writing for The Aerogram, Rohin Guha takes exception with the governor’s

“You’ve totally buried every trace of who you are underneath an anglicized moniker and a fabricated persona that bears no resemblance to the woman your parents raised you to be – all to appease close-minded folks in the state that elected you to be its leader,” Guha wrote.

“I am not here to celebrate you lowering the Confederate flag because, Nikki, you were so slow to action,” Guha added.

That’s true.  Although in fairness, Haley did have to wait for crony capitalist corporations like BMW, Boeing, Michelin and Volvo (a.k.a. her kitchen cabinet) to tell her what to do.

Again, we don’t begrudge Haley for that.  Prior to the “Holy City Massacre” we were indifferent about the flag, too.  And while we didn’t have to wait on the corporations to tell us the right thing to do, we can overlook that.

What can’t be overlooked about Haley?

The litany of ethics issues in her background.  Her utter lack of fiscal conservative bona fides.  And yes the sex scandals, too.

In other words, all the major issues impacting Haley’s vetting on the national stage before the flag flap … still exist.

Has she improved her stock?  Absolutely.  Indubitably.

But she’s still got an uphill climb when it comes to landing on a national ticket … or earning a cabinet appointment in a “Republican” administration (assuming there ever is one again).

Related Topics:Nikki Haley
Up Next