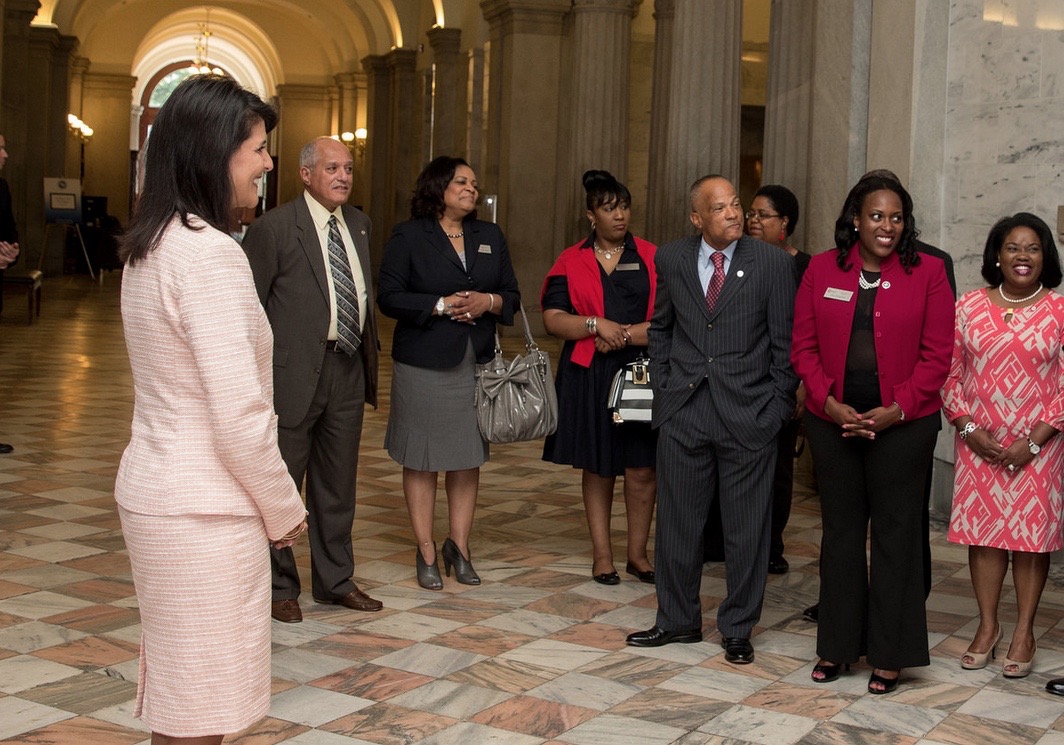 || By FITSNEWS || We all know S.C. governor Nikki Haley rebuffed efforts to remove the Confederate flag from the S.C. State House grounds during her 2014 reelection campaign.  And that prior to that, she went on record supporting the flag’s presence on the north lawn of the building.

Haley is now calling for the flag to come down in the aftermath of last week’s “Holy City Massacre” – the murder of nine black churchgoers by a racist white gunman.

Some believe her conversion is self-serving.  In fact in outlining their own plan for removing the controversial banner, several members of the S.C. House of Representatives had some choice words for the governor.

Unlike these lawmakers, we don’t begrudge Haley for changing her mind on the flag.  While we never supported it like she did – we didn’t come out and call for its removal, either.  At least not until after the bloodbath in Charleston.

But while we were calling for the flag to come down last week, Haley was still dodging the question …

“At a time like this, you have to look back at what we’ve done,” Haley told CBS last Friday.  “Fifteen years ago the General Assembly at the time they had a conversation.  The Republicans and Democrats and everybody came together on a consensus to bring the Confederate flag down off of the dome.  And they put it on a monument out in front.  I think that conversation will probably come back up again.  And you what we hope that we do things the way South Carolinians do.  Which is have the conversation, allow some thoughtful words to be exchanged, be kind about it.  Come together on what we’re trying to achieve and how we’re trying to do it.  I think the state will start talking about that again.  We’ll see where it goes.  What I will tell you right now, is while a lot of issues will come up, my job as governor is to bring everybody back together again.”

Asked specifically about her view on the banner, Haley had this to say …

“I understand that’s what ya’ll want, (but) my job is to heal the people of this state,” she said.  “This is very real to us. There will be policy discussions and you will hear me come out and talk about it. But right now, I’m not doing that to the people of my state.”

Bottom line: The banner needs to be removed.  And whoever is on board with getting that done as quickly as possible, well, we’re not going to quibble over their motivations.  Honestly, we think Haley has – on the whole – done a pretty good job representing South Carolina in the aftermath of this tragedy.