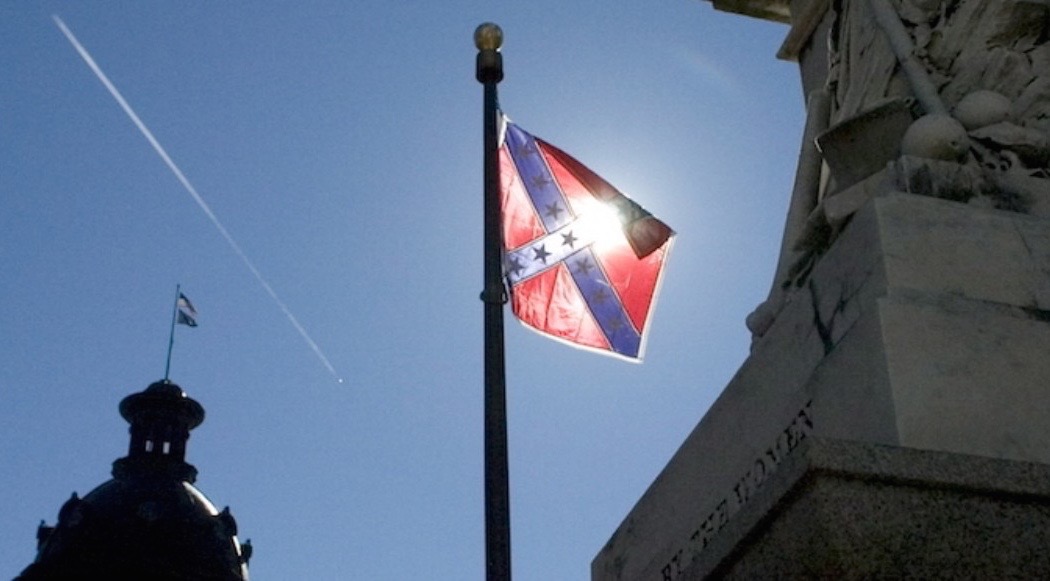 CONTROVERSIAL BANNER WILL BE REMOVED BEFORE THE WEEKEND …

|| By FITSNEWS || By a 94-20 vote, the S.C. House of Representatives voted to remove the Confederate flag from the grounds of the S.C. State House this week.

After thirteen hours of contentious, emotional and at times exceedingly ignorant debate – the House voted to simply concur with the legislation that overwhelmingly passed the S.C. Senate earlier this week.

The deciding vote came three weeks after the “Holy City Massacre” – the horrific, racially motivated mass murder of nine black churchgoers at the Mother Emanuel AME Church in downtown Charleston, S.C.  The Mother Emanuel victims – among them S.C. Senator Clementa Pinckney, the church’s pastor – were gunned down during a Bible study by Dylann Storm Roof, a 21-year-old white supremacist who used the Confederate flag as his calling card.

Both chambers of the legislature – under intense corporate pressure – did as we recommended.  But the House didn’t go without a fight.

Pitts did not vote for or against final passage of the Senate bill.  Quinn voted for the bill – but not before attempting to insert an amendment that would have erected a taxpayer-funded shrine at the government-run Confederate Relic Room, where the flag will be shipped once it comes down. 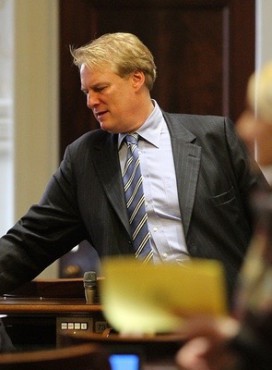 Quinn’s language directs the Relic Room to “establish and maintain an appropriate, permanent, and public display honoring South Carolina soldiers killed during the Civil War to include the South Carolina Infantry Battle Flag of the Confederate States of America,” and that the flag “must be displayed alongside other distinguished military exhibits covering the Civil War.”

Ultimately lawmakers approved the language unanimously as a separate piece of legislation after Quinn’s effort to insert it into the flag bill itself was unsuccessful.  Had House members amended the legislation – as several of them sought to do – it would have forced another round of voting on the issue.

One lawmaker – S.C. Rep. Jenny Horne – was having none of that.  In fact Horne made an emotional appeal to her colleagues from the House floor at a key moment of the debate – urging them not to further delay the process.

“I cannot believe that we do not have the heart in this body to do something meaningful such as take a symbol of hate off these grounds on Friday,” Horne said from the well of the House, fighting back tears.  “And if any of you vote to amend, you are ensuring that this flag will fly beyond Friday.  For the widow of Sen. Pinckney and his two young daughters, that would be adding insult to injury and I will not be a part of it.”

Passing an unamended version of the bill means the measure goes straight to the desk of S.C. governor Nikki Haley – a former flag supporter who now believes the banner should be taken down.

Once Haley signs the bill, the flag will come down within twenty-four hours – i.e. before the weekend.

For those of you keeping score here’s the final vote … 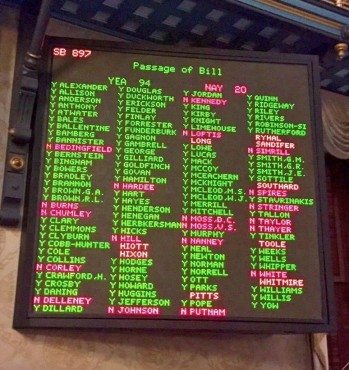 (For more on the influential support for the flag within the House, click here).

Many House members were livid during the debate, saying they had been assured by GOP leadership – including House Speaker Jay Lucas and “majority” leader Bruce Bannister – that the legislation to remove the flag would go through the traditional committee process and not be “rammed through.”

#ConfederateFlag: Girl Tears Got It Done