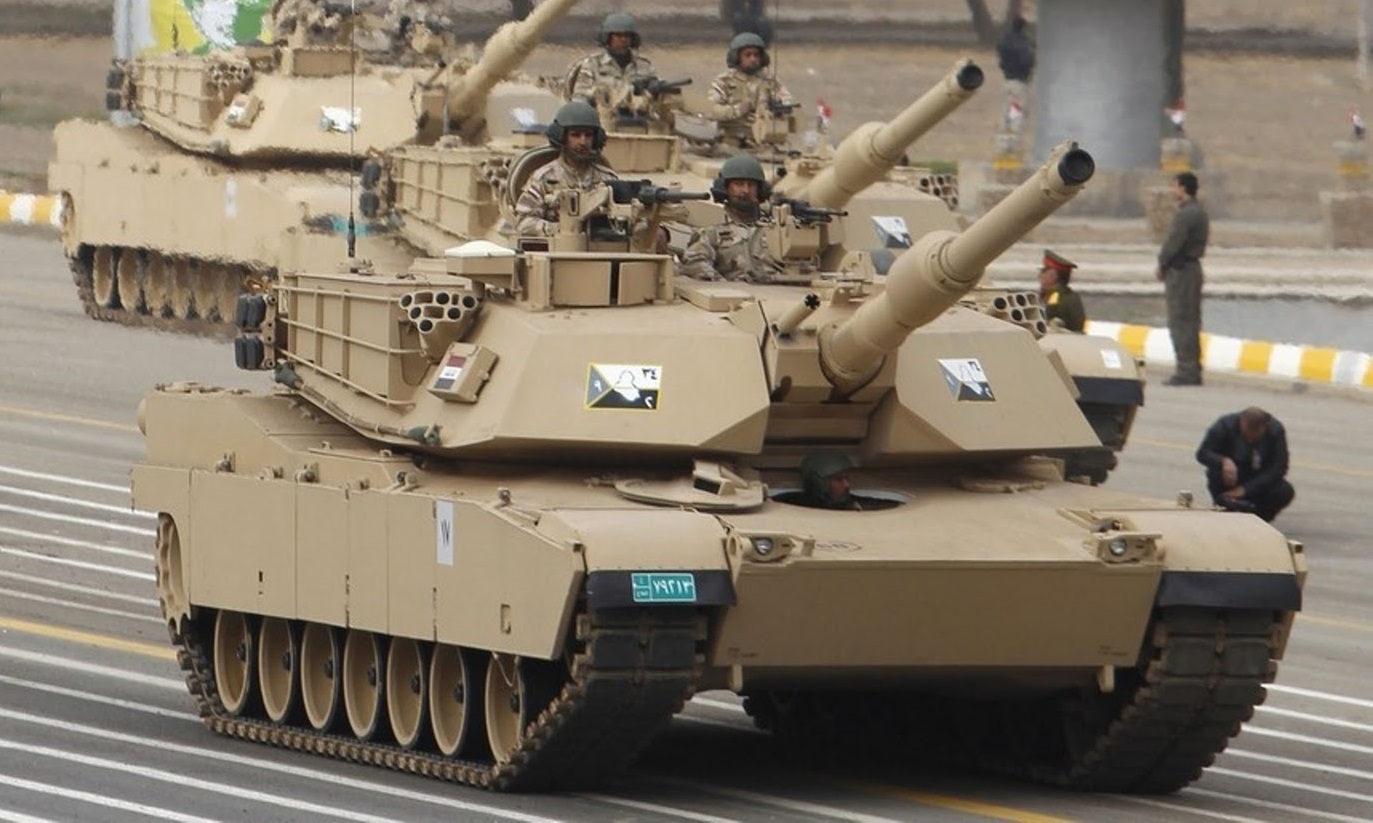 SUPPORT FOR “DEFENSE” SPENDING ON THE RISE

That’s according to the latest data from Gallup (which we’re guessing came out before this report).

And no, the pollsters made no distinction between the actual “defense of the nation” and the mindless global interventionism championed by the administration of Barack Obama and war hawks like U.S. Senator Lindsey Graham and John McCain.

All of it is “defense,” it would seem.

“Americans’ views on the size of the defense budget have fluctuated greatly over time, but the public has generally been more likely to say the government spends too much,” Gallup’s pollsters noted. “As many as 50 percent or more shared this view in the Vietnam War era of the late 1960s and early 1970s, as well as in 1990, after the end of the Cold War and a long military buildup under President Ronald Reagan.”

As recently as two years ago – before the massive ramp-up in pro-war propaganda – those who believed government was spending too much topped 40 percent while support for the “too little” view was in the low twenties.

Clearly the incessant fear-mongering has worked …

In fact here are the trend lines … 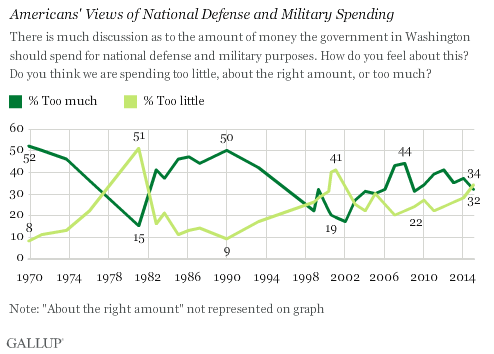 And here’s the chart showing how the growth of the “too little” worldview is cutting across party lines (and especially resonating with political independents). 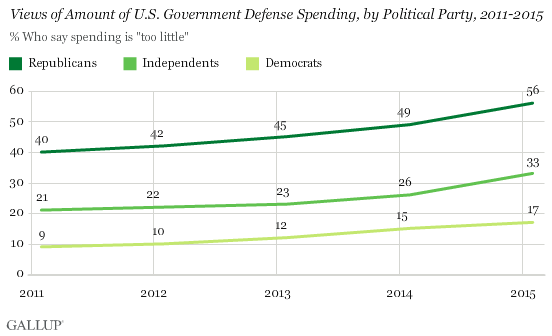 America’s third crusade in the Middle East – this time against the newly minted Islamic State in Iraq and Syria (ISIS) – isn’t going to make America safer.  Nor is it going to make us more prosperous or more free.

“We’ve been fighting this war for the last 25 years,” we wrote last fall.  “And for what?  What has this massive investment in blood and treasure wrought?  According to the politicians now clamoring for all-out war with ISIS, radical Islam is more dangerous today than it’s ever been – and Americans are more exposed to potential acts of terror than ever before.”

In other words rather than making us safer, our warmongering leaders have achieved the opposite …

But hey let’s keep spending … you know … on the “national defense.”  And let’s keep perpetuating the myth that our soldiers are “fighting for freedom.”