By FITSNEWS || We already knew S.C. Gov. Nikki Haley‘s government-funded, crony capitalist approach to “economic development” wasn’t working.  South Carolina income levels are stagnant.  The Palmetto State workforce is at a record low as a percentage of our population (hurting all races and both genders). Quality of life is on the decline.

Yet despite these miserable outcomes Haley continues picking winners and losers with our money  … all the while pursuing a big government agenda on taxes, spending, education and (most notably) government-subsidized health care.

Oh, she also keeps lying about her record …

Until this week, we could chalk most of this up to your typical political sellout.  A garden variety case of establishment “Republican” subservience (well, with the exception of one glaring example of Haley letting her national ambitions compromise the best interests of our economy).

Tom Ervin – a self-styled “independent Republican” – held a press conference in Columbia, S.C. this week calling Haley to account for $130,000 in campaign contributions received from two dozen companies that received special tax breaks, grant money and other “incentives” from taxpayers.

Ervin meticulously documented this “pay-to-play” scam via a 78-page report. 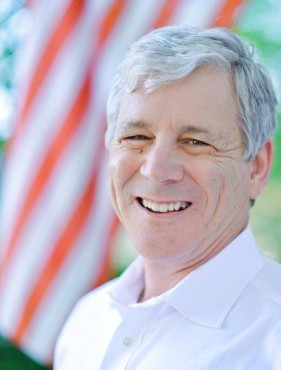 “Governor Haley can’t run and hide from the facts about how she has wasted South Carolina tax dollars,” Ervin wrote in a foreward to the report. “She is using a ‘pay-to-play’ strategy to pump contributions into her re-election campaign from those who have benefitted financially from her discretionary ‘closing fund.’ Haley’s corporate welfare has been at the expense of our existing state industry and businesses.”

“By giving out-of-state multinational corporations and shady businesses millions of our taxpayer dollars in so called ‘economic incentives,’ Governor Haley has rejected free market principals in favor of picking ‘winners and losers,'” Ervin continued.  “This practice of doling out tax money behind closed doors must end. Our state needs the transparency and accountability that Governor Haley promised us when she first ran for governor.”

We haven’t agreed with everything Ervin has proposed during in his gubernatorial bid … but he is 100 percent on the money on this point.

In fact this website has been exposing the abject failure, rank hypocrisy and total lack of transparency associated with these government-subsidized “economic development” for years.

“The governor’s opponents can whine all they want, but the great news for South Carolina is … we have one of the fastest growing economies on the East Coast,” Haley campaign spokeswoman Chaney Adams told The (Columbia, S.C.) State newspaper. “That didn’t happen by accident. Gov. Haley’s pro-jobs agenda is working for the people of our state.”

Here’s the thing, though … it’s not working.  The numbers (unlike Haley) don’t lie.

South Carolina’s policy of job creation via taxpayer-subsidized corporate handouts is a demonstrable failure … one that should have prompted a radical reversal in tax policy years ago.  Unfortunately Haley – who campaigned for the GOP nomination in 2010 as a limited government Tea Partier – has embraced this failed issue and turned her back on individual income tax relief.

So … will Ervin’s report “stick” to Haley, who has earned the nickname “Teflon Trikki” for her ability to avoid adverse fallout from major political scandals?

Polls differ as to the current status of the race – which features Haley, Ervin, Democratic nominee Vincent Sheheen and Libertarian Steve French – but most agree Haley has a comfortable lead.