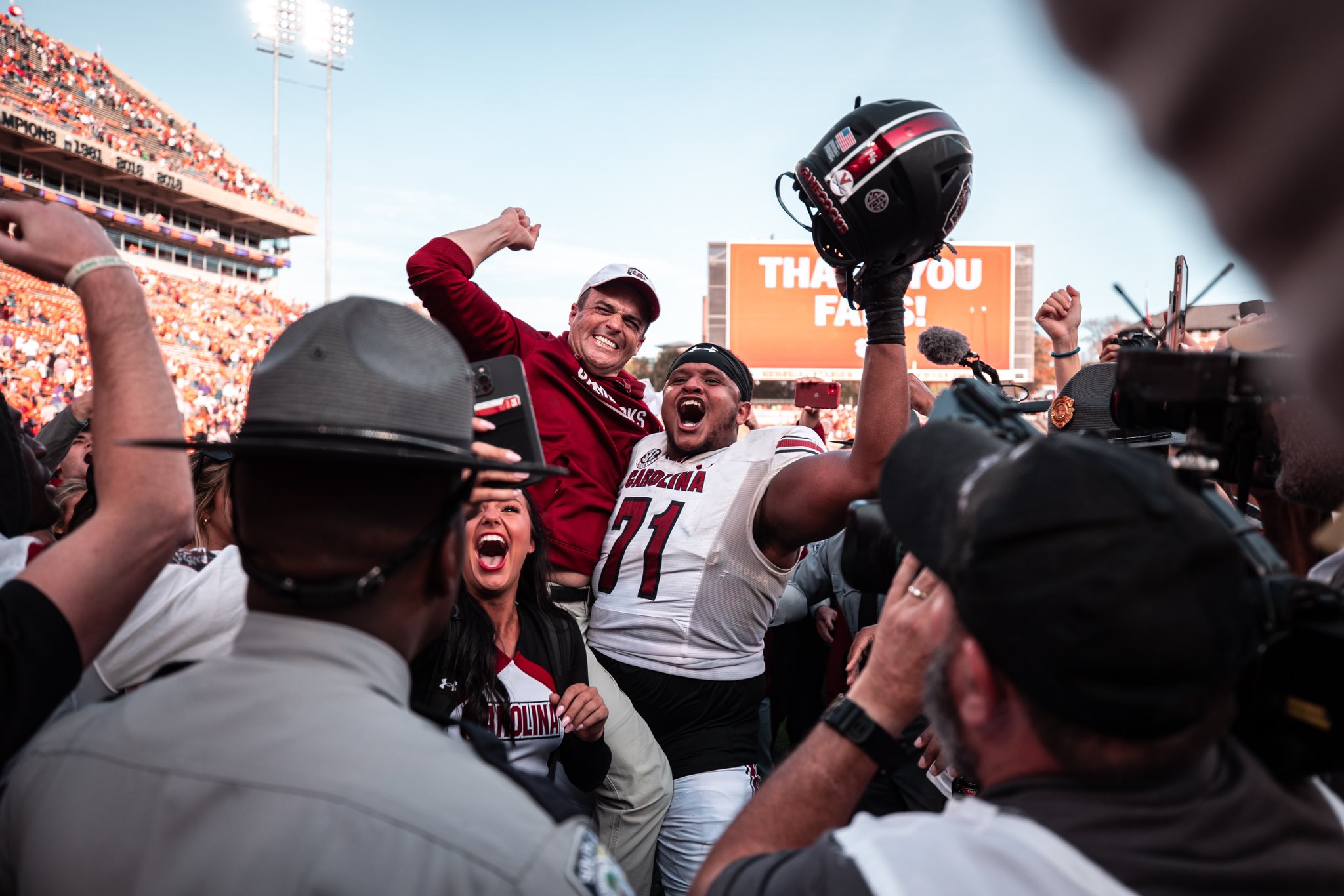 I was admittedly not wild about the University of South Carolina’s decision to hire Shane Beamer as its 36th head football coach two years ago.

His hiring was “terrible on paper,” I noted, although I did point out that Beamer – son of Hall of Fame coach Frank Beamer – had football “in his genes,” had worked under multiple successful head coaches (including former Gamecock coach Steve Spurrier) and had proven himself as a top tier recruiter.

The question: Could he pull all of that together and build a successful program at South Carolina – a school which whiffed on its chances to land elite coaches Kirby Smart and Lincoln Riley back in 2015 when it was initially trying to replace Spurrier?

At the time, the answer to that question certainly seemed like “no.” Or at the very least “probably not.” And I said as much.

Why? Because I call things like I see them … including calling Spurrier out for his failure to build on the unprecedented success South Carolina enjoyed during the latter half of his eleven-year tenure in Columbia, S.C.

It’s all about accountability, people … setting reasonable expectations and then holding people accountable when they meet them. Or (hopefully) when they exceed them. Those are the barometers those of us in the news business use to measure things.

So … how is Beamer doing on that front?

Beamer’s first team created an unexpectedly solid foundation for his program – which had been left for dead by pundits after former head coach Will Muschamp ran it into the ground. The Gamecocks were well on their way to underperforming those anemic expectations midway through the 2021 season, but late season upsets over Florida and Auburn – and a bowl victory over North Carolina – turned things around.

That validated Beamer … but it also raised the bar for his program moving forward.


“The key is going to be consistently beating expectations,” I noted last fall. “It’s one thing to quiet your critics – it’s something else entirely to prove them wrong. Beamer has done the former, but the jury is still out as to whether he will be able to do the latter.”

With expectations through the roof heading into 2022, the Gamecock program struggled to find its footing out of the gate. Much ballyhooed transfer quarterback Spencer Rattler – a Heisman hopeful at Oklahoma – was billed as a game-changer when he came to Columbia, S.C. last winter. Prior to the final two games of the season, though, Rattler had been an absolute dud. Like embattled coordinator Marcus Satterfield, he struggled to find and maintain any sort of offensive rhythm.

Rattler was hesitant. Inaccurate. Ineffectual – a far cry from the elite dual-threat quarterback he was supposed to be.

After an early season road loss to Arkansas, the wheels came off during the Gamecocks’ humiliating home SEC opener against Georgia in late September.

“A mother clucking disaster,” I wrote following the lopsided 48-7 defeat, the worst setback for either program in the history of this series.

Beamer’s team rebounded, though – giving the second-year coach his first-ever win over a ranked opponent when it downed No. 13 Kentucky on the road on October 8. Two weeks later at Williams-Brice Stadium, the Gamecocks scored their first-ever victory over Texas A&M.

All of a sudden, South Carolina was nationally ranked for the first time in four years … and those Gamecock Nation expectations were once again punching through the ceiling plaster.

“The thing about expectations is you have to consistently raise them,” I noted at the time. “And then meet that higher bar.”

That proved problematic for South Carolina – which laid an egg against Missouri on Homecoming and then laid an even bigger one two weeks later on the road against Florida. The Gamecock offense averaged an anemic 220 yards in those two contests – with the November 12 defeat in ‘The Swamp’ invoking a crescendo of calls for Satterfield’s head.

Beamer stuck with his embattled coordinator, though, and was rewarded with back-to-back upsets against two of the nation’s elite programs – No. 5 Tennessee and No. 8 Clemson. Satterfield was rewarded, too – with the offensive coordinator position at Nebraska under his former mentor, Matt Rhule.

In addition to taking a wrecking ball to the College Football Playoff (CFP), those upsets have induced euphoria among the Gamecock faithful – and rightfully so. South Carolina beat Top Ten opponents in consecutive weeks for the first time ever. Also, the 63 points the Gamecocks hung on the Volunteers on November 19 were the most points scored against a top five team by an unranked opponent … ever.

With so much history being made, it’s easy to overlook recent history … like five short years ago, when Muschamp built up a similar head of steam following his first two expectations-defying seasons in Columbia, S.C.

Remember, “Coach Boom” also silenced his critics (including me) … albeit temporarily.

So how do Beamer and Muschamp compare after their first two years on the job? Let’s take a look … 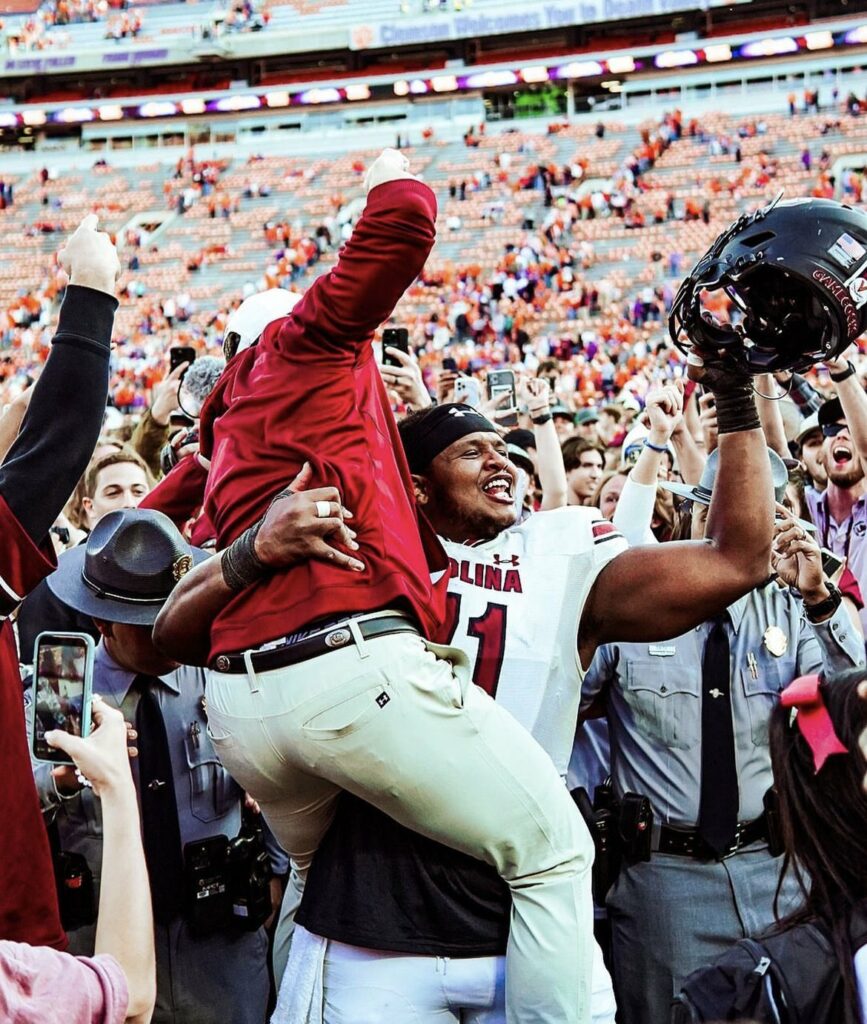 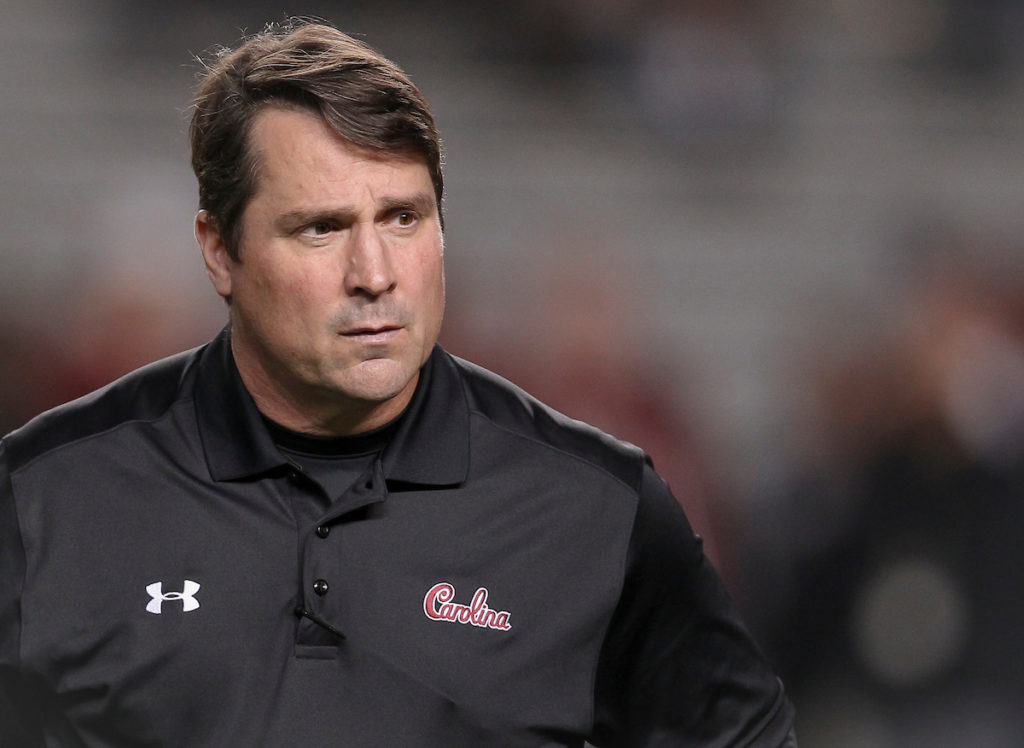 As you can see, the trajectory of the program under these two coaches is remarkably similar …

Through two years, their overall records are almost identical – with Muschamp faring slightly better against conference opponents and Beamer faring slightly better against ranked teams. Worth noting? Beamer’s first two squads have played more games against ranked opponents than Muschamp’s first two teams – and would likely square off against another ranked opponent if they manage to land a spot in the Citrus Bowl on January 2, 2023.

So … Beamer has had a harder row to hoe than Muschamp.

On the recruiting front, South Carolina’s 2023 class is currently ranked No. 15 by 247Sports and No. 17 by Rivals – although those rankings are likely to improve given the two late-season upsets. Muschamp’s class heading into 2018 – his third season – ranked No. 18 according to both services, meaning Beamer has a slight edge on that front (an advantage which should expand over the coming months).

So … can Beamer keep the good times rolling in Columbia? Especially as expectations continue to escalate?

We shall see … starting with the bowl game.

One final note: While Beamer certainly seems in line for a pay bump and contract extension given his performance through two seasons, I would caution Gamecock athletics director Ray Tanner from entering into any agreement which includes the sort of massive, guaranteed buyout Muschamp received.

Lindsey Vonn Out Of 2014 Olympics