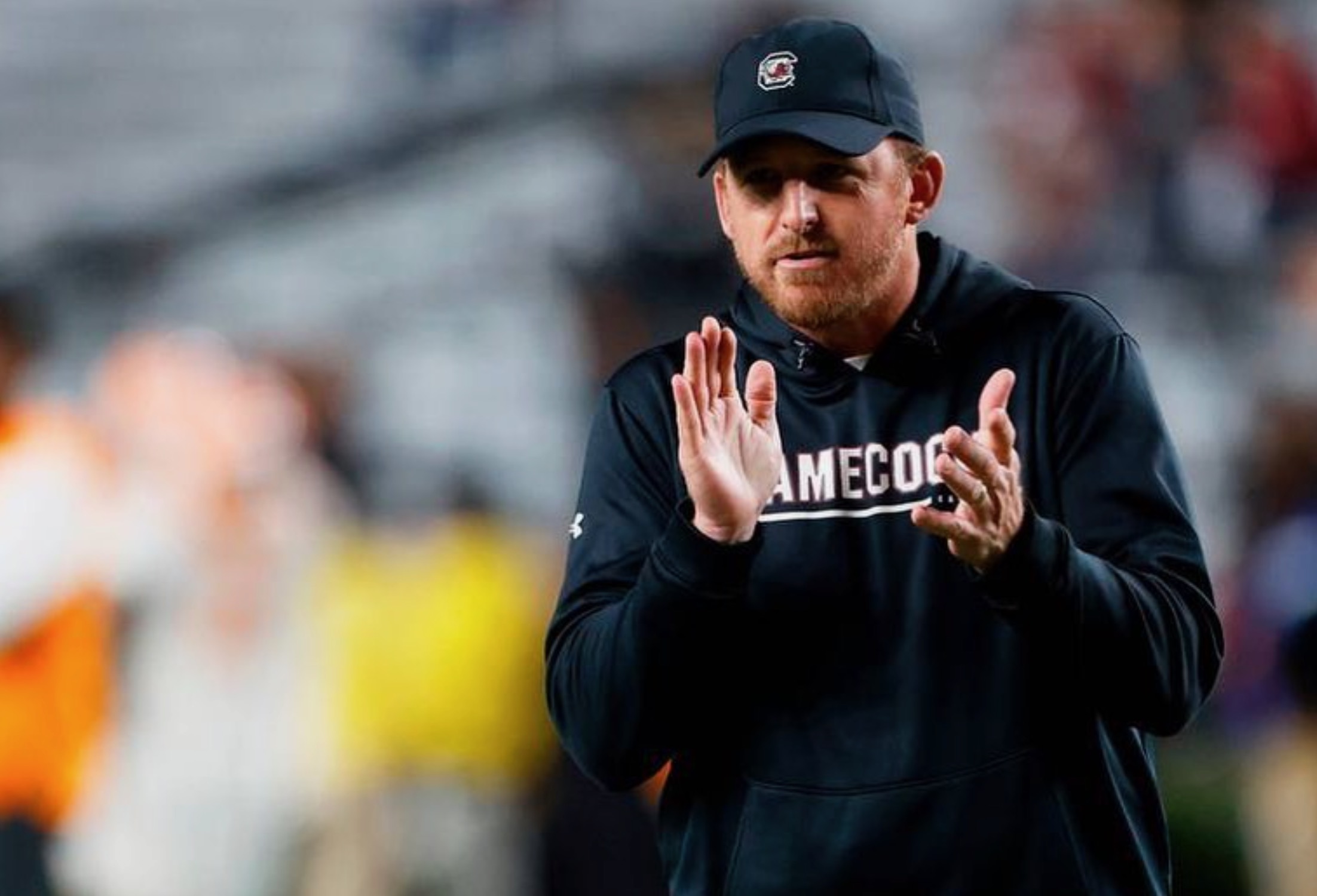 If you had told fans of the University of South Carolina football program ten days ago that offensive coordinator Marcus Satterfield would not be returning to the sidelines in 2023 for second-year head coach Shane Beamer, most of them would have breathed a huge sigh of relief.

That was before Satterfield’s unit finally found its stride against No. 5 Tennessee and No. 8 Clemson, though – leading the Gamecocks to a pair of unexpected, unprecedented upsets over Top Ten opponents.

Now, the news Satterfield is leaving Columbia, S.C. to become offensive coordinator for the Nebraska Cornhuskers is not quite the same cause for celebration it might have otherwise been.

Although some are still celebrating …

He came to South Carolina last January after the Gamecocks were jilted by former offensive coordinator/ interim head coach Mike Bobo – who left to take a similar position at Auburn.

News of Satterfield’s departure was first reported by ESPN’s Peter Thamel, who noted in a tweet that the Gamecocks made a “strong push” to keep him in town but that “his ties to Rhule and the opportunity to go to Nebraska won out.”

Wait … the opportunity to go to Nebraska?

The Cornhuskers have posted one winning season over the last eight years (and got spanked the last time they played South Carolina).

Also, Thamel’s insistence that South Carolina made a “strong push” to retain Satterfield was widely pilloried on social media.

Nonetheless, the move was confirmed by ESPN’s Chris Low – who defended the coach (and derided his Palmetto State critics).

“Satterfield took heat from fans (much of it nonsense),” Low tweeted. “(He) did a better job than given credit for. There were dips, but (the offense) was money in two biggest wins.”

In his first year at the helm of the Gamecock offense, South Carolina ranked No. 110 (out of 130 FBS programs) with an average of 338.3 yards per game. As for scoring, Satterfield’s unit ranked No. 106 nationally with 22.6 points per game.

Given the lack of depth at the quarterback position, such anemia was excusable.

Those numbers improved markedly in 2022 – thanks in no small part to the combined 94 points and 620 yards the Gamecocks put up against two of the best teams in the country during the final two weeks of the season. The 63 points the Gamecocks hung on the Volunteers on November 19 were the most points scored against a top five team by an unranked opponent … ever.


Satterfield’s offense finished this season ranked No. 77 in the nation in total offense (379.9 yards per game) and No. 45 nationally in scoring offense (31.7 points per game).

Who will replace him?

Beamer could also decide to promote from within by giving the job to wide receivers coach Justin Stepp.

This is a monumental decision for the second-year head coach – one which will go a long way in determining the future trajectory of his program.