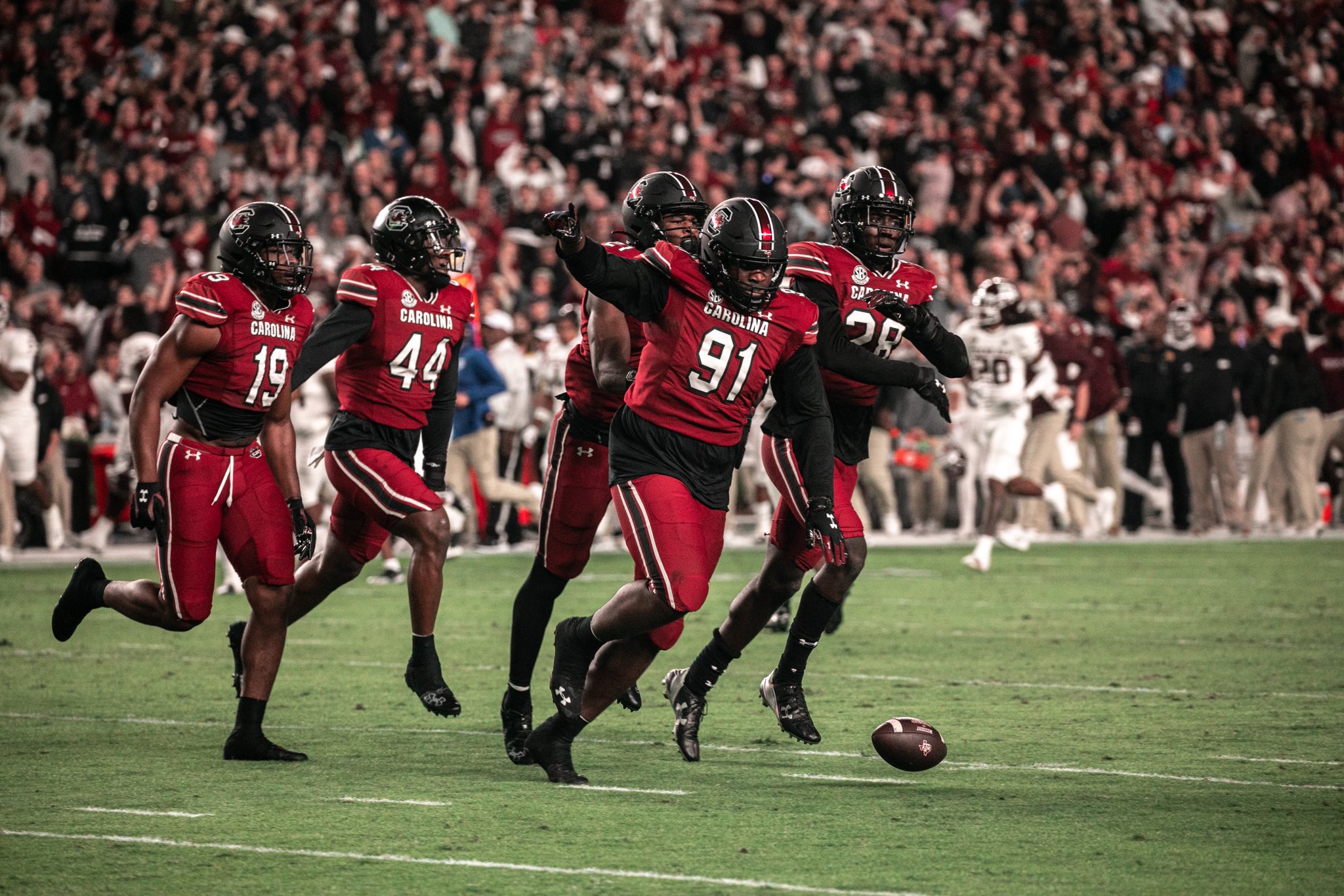 After suffocating in mediocrity (or worse) for the past four years, the University of South Carolina football program is once again breathing rarified air. And by “rarified air,” I am referring to the Associated Press’ weekly Top 25 poll.

According to the latest poll, South Carolina is ranked No. 25 nationally following its 30-24 upset win over Texas A&M on Saturday.

The Gamecocks (5-2, 2-2 SEC) had not appeared in the Top 25 since early September 2018 – following a season-opening win over Coastal Carolina. That stay proved brief.

Former head coach Will Muschamp’s team was “dawg pounded” the following week by then-No. 3 Georgia – a humiliating defeat which jettisoned the program from the rankings.

Until Sunday, that is …

By contrast, South Carolina was ranked among the nation’s top 25 teams for a school-record 69 consecutive polls from September 2010 through September 2014 under former head coach Steve Spurrier. After a 21-20 loss to Missouri on September 27, 2014, though, the team was bounced from the Top 25 – and didn’t return until November 2017 when the College Football Playoff (CFP) poll ranked South Carolina at No. 24 just prior to its annual showdown against arch-rival Clemson.

The Gamecocks lost that game – and fell out of the rankings the following week.

Can they stay there this time?

Frankly, the fact South Carolina is ranked at all this season is borderline miraculous – especially after second-year head coach Shane Beamer’s squad laid an egg at home against top-ranked Georgia last month.

“A mother clucking disaster,” I noted in the aftermath of that defeat – the most lopsided loss in the history of the decades-old rivalry.


Following the Georgia shellacking, Many Gamecock fans felt Beamer’s team had actually regressed from 2021 … a year which saw the program peak late in the season after cratering catastrophically during the middle part of the year.

To recap: Beamer’s first team created an unexpectedly solid foundation for the program – which was left for dead by pundits heading into 2021. The Gamecocks seemed well on their way to underperforming those anemic expectations midway through the season, but late season upsets over Florida and Auburn – and a bowl victory over North Carolina – turned things around.

Now South Carolina is riding a pair of midseason wins no one saw coming – resetting expectations for the remainder of the 2022 campaign. South Carolina’s first-ever win over the Aggies gave Beamer’s team it second straight conference victory – carrying over the momentum it picked up following a 24-14 win over then-No. 13 Kentucky on the road two weeks ago.

The Gamecocks have also won four straight – the program’s longest winning streak since reeling off six consecutive victories to close out the 2013 campaign.

All of a sudden, this weekend’s Homecoming tilt against Missouri (3-4, 1-3 SEC) and next weekend’s road trip to Vanderbilt (3-5, 0-4 SEC) both look like games South Carolina should win. If Beamer’s team prevails in just one of those games, it will become bowl eligible for the second straight year. If it wins them both, the Gamecocks will guaranteed their second straight winning season.

Those are two important milestones people … although it is worth recalling Vanderbilt nearly upset South Carolina at home last year and the Gamecocks have lost three straight to Mizzou.

Obviously, South Carolina will be tested as its season concludes with the reimposition of the so-called “Orange Crush” – a trio of games against Florida, No. 3 Tennessee and No. 5 Clemson.

So things could go off the rails quickly …

How well the Gamecocks finish the season will be determined in no small part by whether embattled offensive coordinator Marcus Satterfield and quarterback Spencer Rattler are able to find (and maintain) some sort of rhythm on offense.

Rattler – a 6-foot-1, 200-pound native of Phoenix, Arizona – has posted a career-low completion percentage through seven games at South Carolina. The former Heisman Trophy frontrunner – who transferred from Oklahoma last December – has more interceptions than completions so far this year and has rushed for only ten yards on the season.

So much for his “dual-threat” status.

Despite Rattler’s struggles on offense, South Carolina continues to defy expectations under Beamer – whose special teams product is as good as advertised and whose defense continues to improve under second-year coordinator Clayton White.

Again, though … the thing about expectations is you have to consistently raise them. And then meet that higher bar.

“Beamer has thus far succeeded only in silencing his critics,” I reminded Gamecock fans at the end of last season (and again at the beginning of 2022). “He has yet to consistently prove them wrong.”

Also let’s not forget Gamecock fans have been here before … recently.