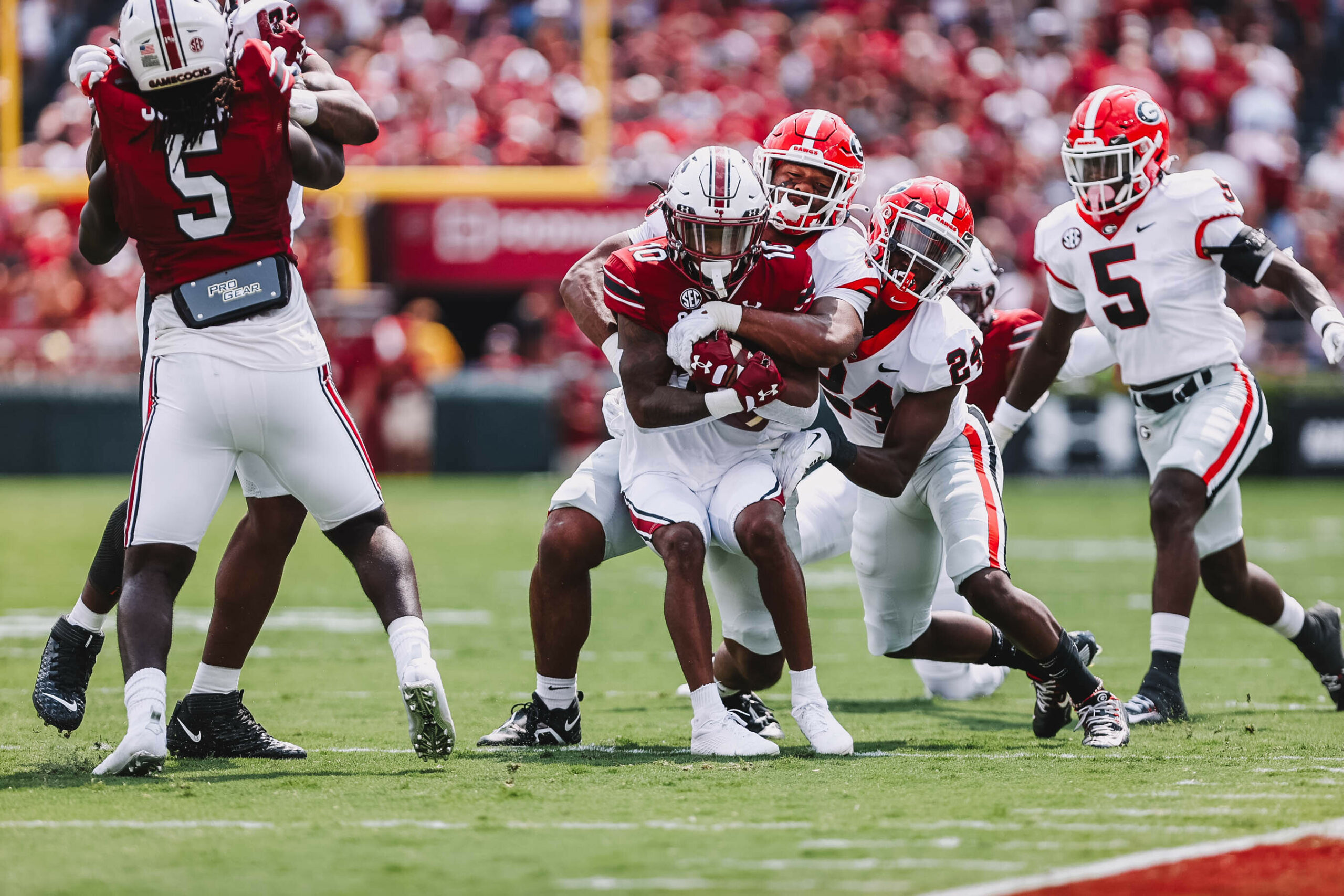 Over the past few months, I have maintained a consistently cautious refrain as enthusiasm surrounding the University of South Carolina football program under second-year head coach Shane Beamer reached an (irrational) fever pitch.

“Beamer has thus far succeeded only in silencing his critics,” I reminded Gamecock fans. “He has yet to consistently prove them wrong.”

That’s the thing about expectations … you’ve got to keep meeting (or exceeding) them. Well … unless you work for results-challenged South Carolina athletics director Ray Tanner.

In which case underperformance is acceptable …

To recap: Beamer’s first team created an unexpectedly solid foundation for the Gamecock program – which was left for dead by pundits heading into 2021 and seemed well on its way to underperforming those anemic expectations midway through the season.

The problem? That “competitive product” is nowhere to be seen through the first three games of the new season …

South Carolina was expected to lose to No. 1 Georgia at Williams-Brice Stadium last Saturday. The Bulldogs were installed as 25-point favorites, after all. But few could have predicted the 48-7 drubbing the Gamecocks got … the most lop-sided defeat in the history of this not-so-storied rivalry.

Seriously: That was a mother clucking disaster.

While the defending national champions lost fifteen players to the NFL draft this spring – including five in the first round – head coach Kirby Smart has consistently restocked his pool of talent in Athens, Georgia. Smart’s first six recruiting classes have all ranked among the top three in the nation, according to 247 Sports, including No. 1 overall classes in 2018 and 2020.

Yeah, it sure would have been nice to land a coach like that back in 2015, right?

Still, the Gamecocks were supposed to have narrowed the talent gap with Georgia this year. Indeed, all last week Beamer touted his players’ progress toward the ultimate goal of competing for championships in the Southeastern Conference (SEC).

Beamer’s “up with people” enthuiasm and “changed culture” notwithstanding, the numbers do not lie.

Out of 131 FBS programs, South Carolina currently ranks No. 112 in scoring defense (giving up 35.3 points per game) and No. 113 in total defense (giving up 483.3 total yards per game). Opponents are converting 45.2 percent of third downs against the Gamecocks (who rank No. 109 nationally in this category).

Meanwhile, South Carolina’s offense – which hasn’t clicked since the departure of former head coach Steve Spurrier eight years ago – is still sputtering. The Gamecocks rank No. 100 nationally in total offense with 343 yards per game and No. 100 in scoring offense with 24 points per game (a big chunk of which is attributable to its punt block team).

The Gamecocks are converting only 27 percent of their third downs – the ninth-worst percentage in the entire country – and rank No. 93 nationally in scoring in the red zone.

Rattler has been ineffectual, completing only 59.4 percent of his passes for 721 yards with a pair of touchdowns and five interceptions. Billed as a dual-threat signal caller, the 6-foot-1, 200-pound native of Phoenix, Arizona has actually rushed for negative yardage through three games – with no touchdowns to his name.

Sure, Rattler’s protection has been inconsistent. And South Carolina’s embattled offensive coordinator Marcus Satterfield has not even attempted to establish a running game to support him. But here’s the thing: Even when Rattler has had time to throw the football, the erstwhile Heisman Trophy frontrunner has been wildly inaccurate (especially on deep balls).

The good news for long-suffering Gamecock fans? It’s early in the season …

Can Carolina turn it around and match (or maybe even exceed) last year’s better-than-expected performance? Absolutely. But the early returns are not positive …