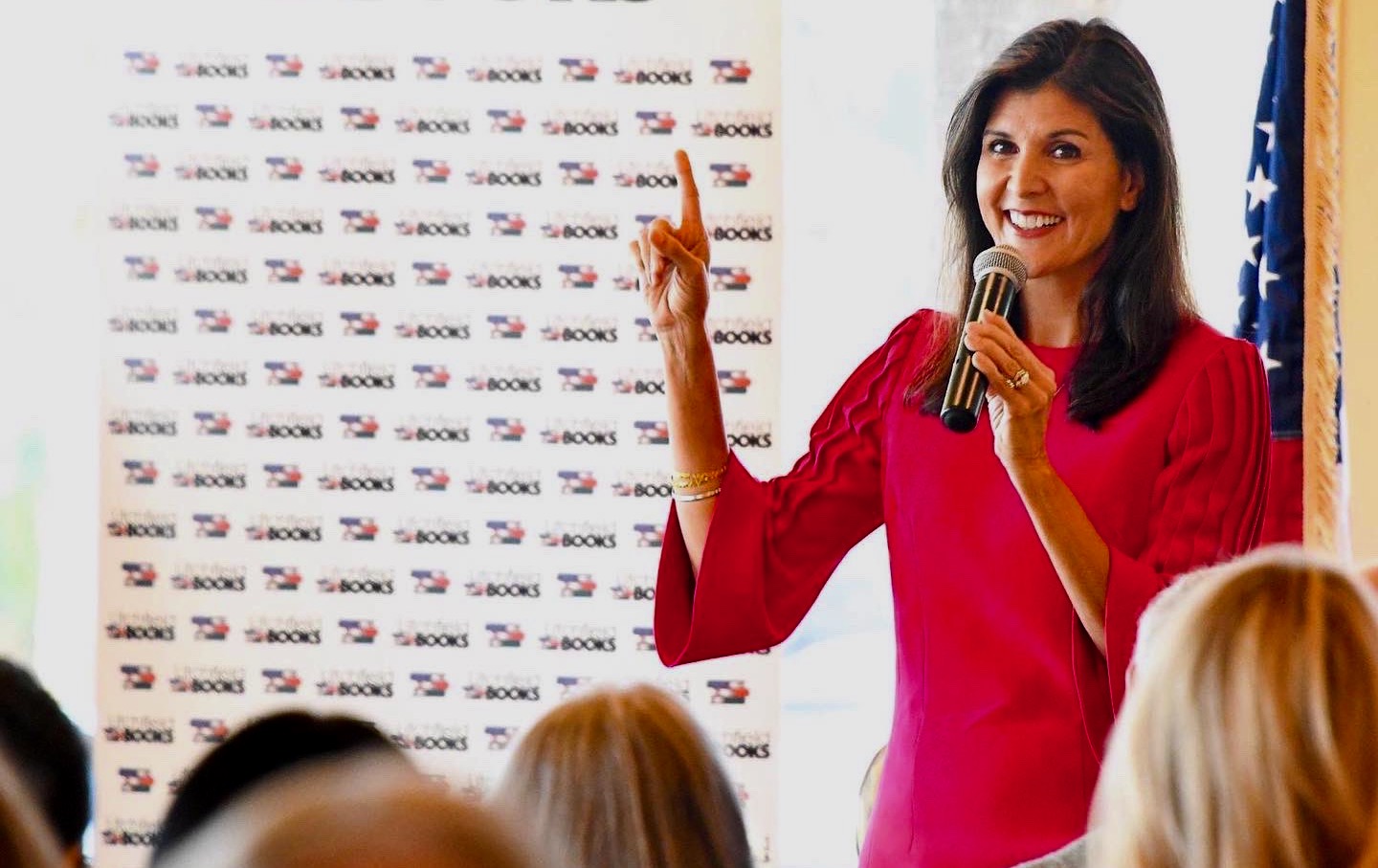 Former South Carolina governor Nikki Haley is headed to her alma mater after Thanksgiving to deliver her vision for the future of the American Republic – a speech many are eyeing as a possible prelude to a 2024 presidential run.

Haley, 50, of Bamberg, S.C. has not gained significant traction as a 2024 contender – despite her ongoing efforts to the contrary. However, recent developments in the GOP presidential field – notably former U.S. president Donald Trump’s escalating feud with Florida governor Ron DeSantis – could create an opening for her.

Also, Haley’s aggressive anti-Trump positioning following the 2021 rioting at the U.S. Capitol – which has cost her dearly with the GOP base over the past two years – could now wind up becoming an asset if the former president continues alienating his supporters.

Which would make Haley the ultimate long-game player …

Hell, some people are already anointing Haley as the country’s next president … and choosing her all-female cabinet.

Even at her recent nadir, I refused to stick a fork in the presidential machinations of the former United Nations ambassador.

“I have taken a dim view of Haley over the years, but I have never – and would never – write her off,” I noted earlier this year. “Her identitypolitik, financial backing and neocon support are a potent cocktail at the national level – one which has kept her in the mix despite multiple unforced errors and an underlying lack of consistency.”

And let’s not forget the fact Haley is ambition personified …

“No matter how hard you look you are not going to find any politician anywhere in America who is more ambitious than Haley,” I added. “Or less scrupulous.”

Haley is scheduled to speak at her alma mater, Clemson University, on Tuesday, November 29, 2022 at 7:00 p.m. EST. News of her speech was first tweeted by reporter Caitlin Byrd of The (Charleston, S.C.) Post and Courier newspaper.

According to the invite, Haley will address “the road to saving America” at the Clemson event – which is being sponsored by Turning Point USA, an organization which bills itself as “a 501(c)3 non-profit organization whosemission is to identify, educate, train, and organize students to promote freedom.”

What does the “road to saving America” look like, though? And what is Haley’s definition of ‘freedom?’

Clearly, Haley is a hardcore neoconservative – meaning she supports a muscular, interventionist foreign policy in which the United States aggressively promotes “freedom and democracy” around the globe. No matter how much it costs … or how little it accomplishes.

You know … the sort of “muscular” foreign policy which directly precipitated Ukraine War. And which dropped $6 trillion on a “War on Terror” that produced a humiliating defeat. And which could very well prompt a Chinese invasion of Taiwan.

Am I saying America should lay down and roll over when it comes to defending its core national interests abroad? Not at all. I am simply saying we should put the long-term best interests of citizens and taxpayers ahead of … other interests.

Aside from embracing results-challenged profligacy when it comes to foreign policy, what are Haley’s domestic views (you know, aside from diving headfirst into every hot-button conservative outrage du jour with nifty social media hashtags)?

America is staring down some seriously scary interest payments on its ballooning national debt – which currently stands at a whopping $31.2 trillion. According to the latest projections from the Congressional Budget Office (CBO), these debt payments – i.e. the cost of government’s borrowing – are projected to climb from $442 billion to $1.2 trillion per year over the coming decade.

And that was before the secretive Federal Reserve bank jacked interest rates by 3.25 percent over the last six months.

What is Haley’s plan to extricate the nation from this unsustainable situation? I don’t know. But if the “road to saving America” doesn’t include at the very least some acknowledgement of this looming fiscal collapse, then the conversation is definitionally pointless.

In fact, every candidate seeking the American presidency in 2024 – Republican, Democrat and (hopefully) independent – must offer something resembling a blueprint for unf*cking this mother of all clusterf*cks. Otherwise, they are wasting their breath. And wasting your time.


Oh, and Trump? He is definitionally disqualified from the conversation based on his repetitive failure to even address these bread-and-butter fiscal issue during his four years in office. And if you are a “First in the South” voter, for his ongoing advocacy on behalf of the “Republican” establishment in the Palmetto State – which continues to maintain the same failed, increasingly costly status quo we see being preserved at the federal level.

I am often asked by national reporters how I plan on covering Haley objectively in the upcoming presidential circus … err, cycle.

Easy: By covering her objectively.

Accordingly, I am open to hearing what Haley’s “road to saving America” entails … and more importantly, to lending this news outlet’s open microphone to her and anyone else with a vision for the future of our shared 250-year-old experiment.

If America is going to make it another 250 years … we are going to need an honest discussion. And honest brokers willing to host it.