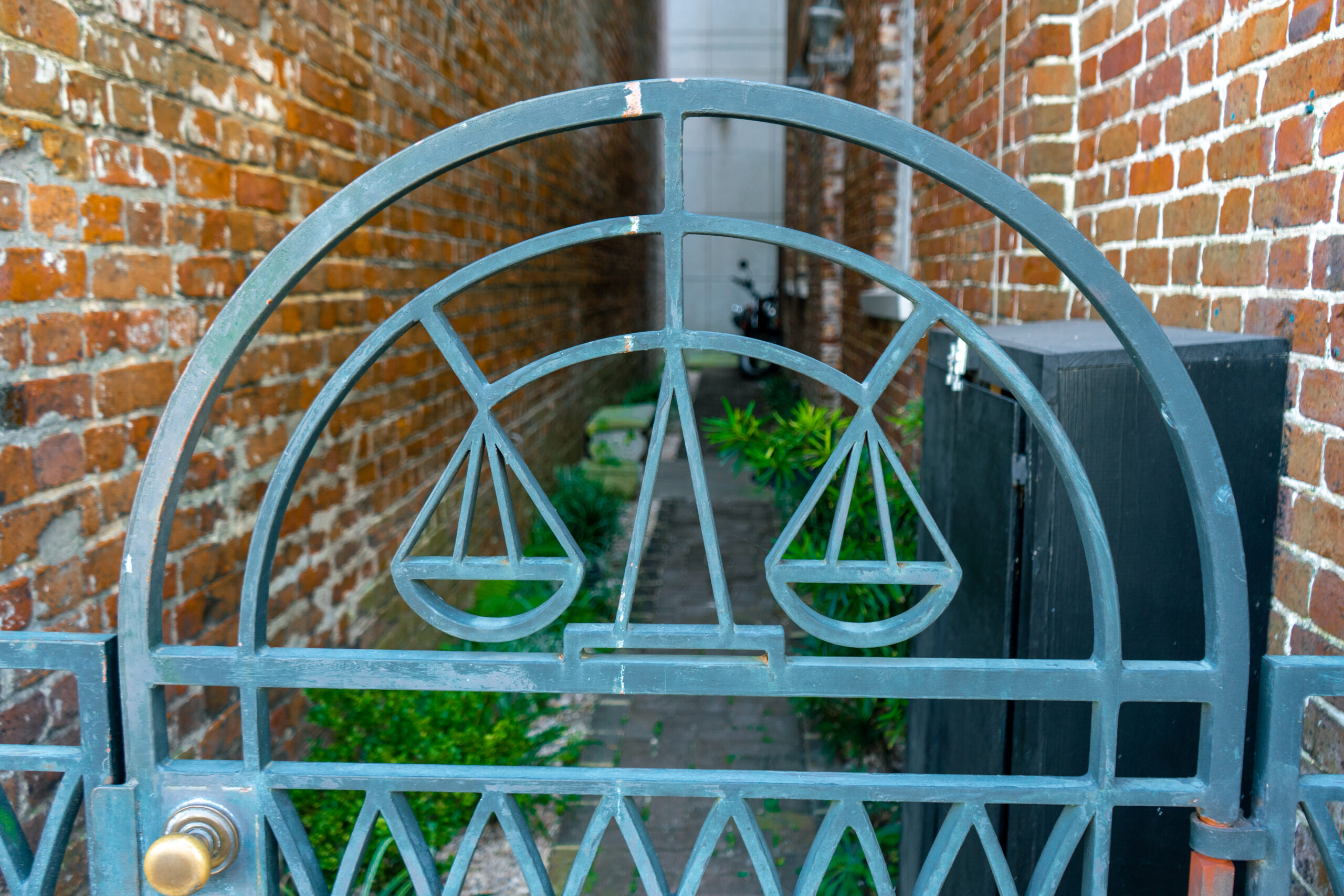 The second week of the federal criminal trial of disgraced banker Russell Laffitte – a key figure in the ‘Murdaugh Murders’ crime and corruption saga – got off to an emotional start in Charleston, South Carolina on Monday.

The government’s first witnesses of the week were Alania Plyler-Spohn and Hannah Plyler – sisters who were passengers in a 1999 Ford Explorer that crashed on July 16, 2005 on Interstate 95 following a tire tread separation. The accident killed their mother, Angela, and brother, Justin – and left Alania and Hannah with serious injuries. Disbarred attorney/ accused killer Alex Murdaugh – who is staring down a host of criminal charges at the state level in connection with this scandal – represented the Plylers in a product liability case against Ford/ Firestone.

Laffitte, the former chief executive officer at Palmetto State Bank (PSB), became conservator for the girls in November 2006 — even though they lived in Lexington County at the time and had no previous connections to him.

According to federal prosecutors, Laffitte abused his position as conservator as part of a series of Murdaugh-related schemes. The 51-year-old Hampton, S.C. native was indicted by state prosecutors in May on multiple criminal conspiracy charges tied to his alleged role in these schemes. In late July, he was hit with a five-count federal indictment alleging bank fraud, wire fraud, misapplication of bank funds and conspiracy to commit bank fraud and wire fraud in connection with those schemes. Those are the charges he is facing this week in U.S. district court in Charleston, S.C. before a jury of his peers.

While serving as conservator, Laffitte extended himself a total of eight loans from Hannah Plyler’s account beginning in July 2011. Starting in September 2011, he gave Murdaugh a total of 14 loans from the same account.


Alania Plyler-Spohn, now a deputy with the Lexington County sheriff’s office, was the first to take the stand. She recalled the accident that claimed the lives of her mother and brother in vivid detail to the jury – describing how her family was traveling on Interstate 95 to Columbia to run a paper route for The (Columbia, S.C.) State newspaper when she heard a “loud pop like a gunshot and the tire exploded.” Murdaugh handled her case and she was told at the age of sixteen that she’d never have to work a day in her life. Plyler-Spohn then recalled having to live off of a $100 a week allowance – sleeping in a car while bouncing between family members who used her and her sister as a piggy bank.

Alania testified that when she turned eighteen, she drove to Hampton County and Laffitte gave her a binder with paperwork relating to her account. Within the week, two wires were made into her bank account. After that, she said the only time Laffitte would ever reach out to her was to ask for her sister Hannah’s phone number – or to inquire about where she was living.

After losing her home to a fire in May of 2016, Alania had to request a new set of her legal documents from Laffitte. When she received them in 2019, she told prosecutors the box had significantly fewer documents than the original set and that she felt as though she had “only received a fraction of the documentation at that time.”

When questioned by defense attorney Matt Austin on cross examination, Alania stated she did not know if Laffitte stole any money from her – nor was she aware of any interest that accrued while the account was under Russell’s control.

Alania’s younger sister, Hannah Plyler, followed her on the stand. When questioned by the prosecution, Hannah made it clear she was not aware of the loans made from her account to Laffitte and Murdaugh – nor did she know where the money to pay off those loans came from.

After hearing from the Plyler sisters, the prosecution switched gears and called FBI forensic accountant Cydra Swinson to the stand to detail some of the questionable transactions Laffitte made.  Following Swinson’s testimony, the prosecution called three members of the Laffitte family – Spann Laffitte, Lucius Laffitte and Becky Laffitte.

Prosecutors questioned Spann Laffitte about a $680,000 payment that PSB made to PMPED in October of 2021 – not long after Murdaugh allegedly attempted suicide by hiring one of his check cashers, Curtis “Eddie” Smith, to shoot him in the head in a bizarre roadside incident that attracted international headlines.


As previously reported, the $680,000 payment stems from a civil settlement tied to the death of Donna Badger, an Allendale County woman who was killed in a 2011 car crash. Badger’s husband, Arthur Badger, was represented by Alex Murdaugh. Regular members of our audience know Murdaugh is already facing state charges tied to the Badger case – specifically the alleged theft of more than $1.3 million from Arthur Badger between February 2013 and June 2014.

According to Laffitte’s previous testimony (during a procedural hearing held before his trial), this check was cut from PSB to PMPED last fall to cover half of the “loss” on the Badger settlement. Laffitte also testified the check was cut with the approval of his sister, Gray Henderson, and father, Charlie Laffitte – both of whom are members of PSB’s board of directors as well as the bank’s executive committee.

Not only that, it was approved by the PSB board, Laffitte said.

“We did send it to the board,” Laffitte testified.

Not only that, Laffitte testified that he informed the board the $680,000 payment was tied to the illegal conversion of PSB checks “to numerous other places as part of another stolen settlement.”

Spann stated that when he was informed of the payment via email on October 29, 2021 he was concerned and found it troubling. As part of the newly formed litigation committee at the bank, he knew PSB had a legal team put together to “help us make informed decisions” but that these attorneys “were informed but not consulted” about this particular payment.

On cross-examination, defense attorney Bart Daniel questioned Spann about whether this payment actually followed the bank’s bylaws having been approved by a three-fourths majority with the votes of Gray, Charlie and Russell Laffitte. Spann admitted that it may have followed the bylaws, but that Laffitte had a responsibility to do what was in the best interests of shareholders and the $680,000 check clearly did not do that.

Dr. H. Lucius Laffitte of Beaufort, S.C. followed Spann on the stand. A first cousin of Russell Laffitte’s father – Charlie Laffitte – and a PSB board member, Dr. Laffitte testified that he voted to fire Russell from the bank in January because he was intentionally deceptive and deliberately dishonest. He also said Russell Laffitte partially disrupted the investigatory team in its efforts to get to the bottom of the questionable disbursements he approved.

The final witness of the day, Becky Laffitte, is a second cousin of Russell Laffitte and a civil defense attorney. She proved to be a tough witness for the defense. When questioned about the $680,000 payment, Becky Laffitte noted that had the bank’s by-laws been followed to the letter the disbursement would have required the written approval of all executive directors.

“Which wasn’t done,” she testified.

“I felt that we had to make a change of the leadership of the bank,” she testified, referring to her vote to oust Russell Laffitte.