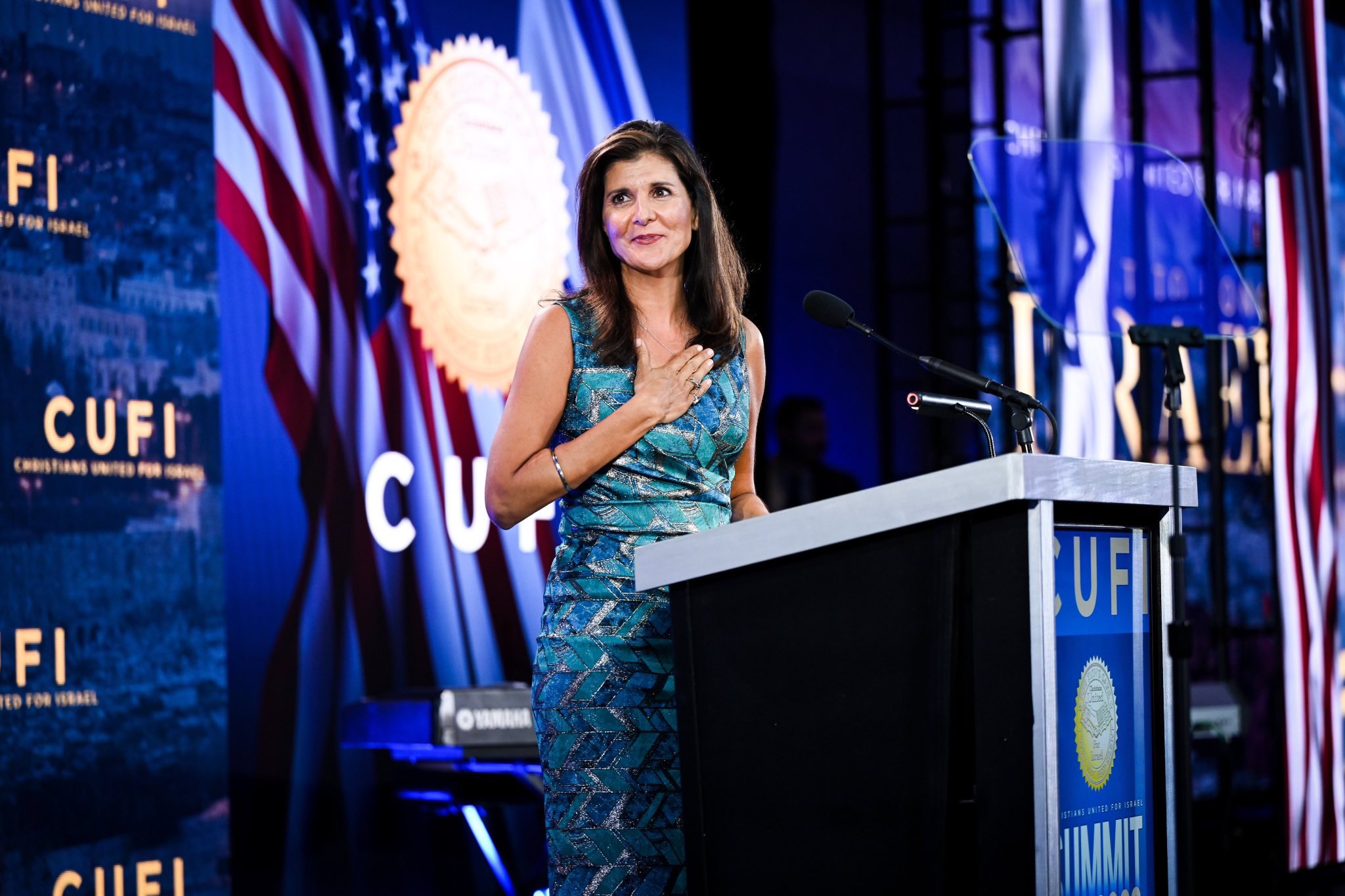 Days after news broke that former U.S. president Donald Trump had decided to mount a third campaign for the White House, one of his top potential rivals in the 2024 “Republican” field made her own bold move.

Former South Carolina governor Nikki Haley – who has spent the last five years contorting herself when it comes to Trump – appears to have reneged on her prior promise not to seek the presidency against the GOP lightning rod.

Haley made her latest contortion regarding Trump in response to discussions between U.S. president Joe Biden and Iranian leaders about a new nuclear deal – which is a major bone of contention among pro-Israeli politicians.

“If this president signs any sort of (Iran nuclear) deal, I’ll make you a promise: The next president will shred it on her first day in office,” Haley told the group Christians United for Israel (CUFI), according to a fawning article in The Jerusalem Post.

Haley, Trump’s former ambassador to the United Nations, also tweeted the remark in case anyone not in her “neoconservative” (a.k.a. warmongering interventionist) movement missed it.

Wait, though … didn’t Haley previously make it clear she would not challenge Trump in 2024?


“That promise appears to have had a limited shelf life,” the news outlet AlterNet noted.

As a result of Haley’s previous pronouncement, much of the speculation surrounding her national aspirations has centered on whether she might run as Trump’s vice presidential nominee – which of course would be pretty crazy considering the extent to which she condemned him in the aftermath of the bloody rioting at the U.S. capitol on January 6, 2021.

Does this latest move mean Haley has changed her mind and decided to run against Trump? Or does it mean she knows something the rest of us don’t regarding his plans?

According to the latest Real Clear Politics’ aggregate polling data, Haley is currently running a distant fourth in the (very) early fight for the 2024 GOP nomination – drawing 4 percent of the vote. That puts her behind Trump (53 percent), Florida governor Ron DeSantis (20.5 percent) and former U.S. vice president Mike Pence (7.5 percent).

That’s a pretty anemic number … but at this stage of the race the number is irrelevant. Haley is in the conversation. And in the event something were to happen which compelled Trump not to run – Haley would immediately become a top tier contender for the GOP nomination.

Also, it is important to remember it’s not national polling which determines the GOP nominee – but GOP voters in several key early-voting states, including South Carolina.

Speaking of South Carolina, Haley has made several deft political moves in her home state recently. For example, in the contentious first congressional district primary earlier this spring she backed the incumbent Nancy Mace just prior to Trump endorsing Mace’s rival. Haley also raised big bucks for Mace’s campaign and appeared in television ads on her behalf – and barnstormed the district with her in the final 48 hours of the election.

In addition to picking the winner in the first district, Haley was smart enough not to get involved in the seventh congressional district – where Trump-backed challenger Russell Fry easily vanquished incumbent Tom Rice by a much wider margin than expected.

I have taken a dim view of Haley over the years, but I have never – and would never – write her off. Her identitypolitik, financial backing and neocon support are a potent cocktail at the national level – one which has kept her in the mix despite multiple unforced errors and an underlying lack of consistency.

Also, no matter how hard you look you are not going to find any politician anywhere in America who is more ambitious than Haley. Or less scrupulous.

Which makes her not unlike the people subsidizing her ascendency …