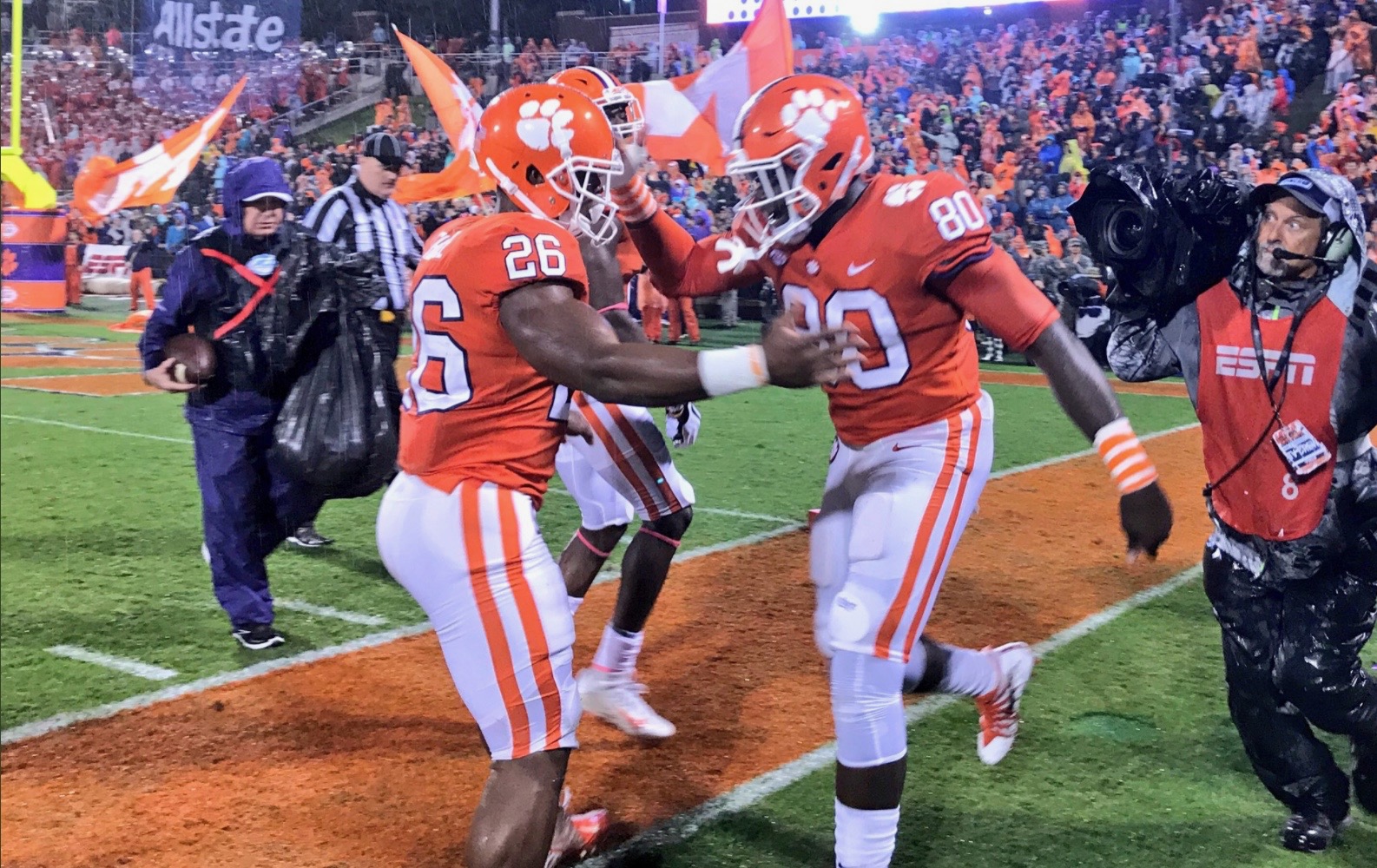 The win put head coach Dabo Swinney‘s Tigers (7-1, 5-1 ACC) back in the picture for their third straight appearance in the College Football Playoff (CFP) – which will announce its first rankings of the season later this week.

“Great response from our team,” Swinney said.  “All of our goals are still in front of us.  And now we have the opportunity to achieve them.”

Clemson’s road won’t be easy, though.  Two tough road games – one against resurgent NC State and another against arch-rival South Carolina – remain on their schedule.  The Tigers also face Florida State at home, although this once-competitive rivalry looks like a dud after the Seminoles (2-5, 2-4 ACC) were drubbed 35-3 by unranked Boston College on Saturday.

If defensive coordinator Brent Venables‘ unit plays like it did on Saturday, though, don’t count these Tigers out – against any opponent.  Clemson held Georgia Tech’s potent option offense to just 198 rushing yards – including eight “three-and-outs.”  Tech had been averaging 373 yards per game on the ground – including 117 per contest from ACC rushing leader TaQuon Marshall.

Marshall managed only 23 rushing yards against the Tigers, who swarmed the Yellow Jackets’ backfield all evening.  Clemson also recorded four sacks and 11 tackles for loss – with sophomore linebacker Tre Lamar getting a pair of sacks for the home team.  Eight different Tiger players recorded a stop behind the line of scrimmage. 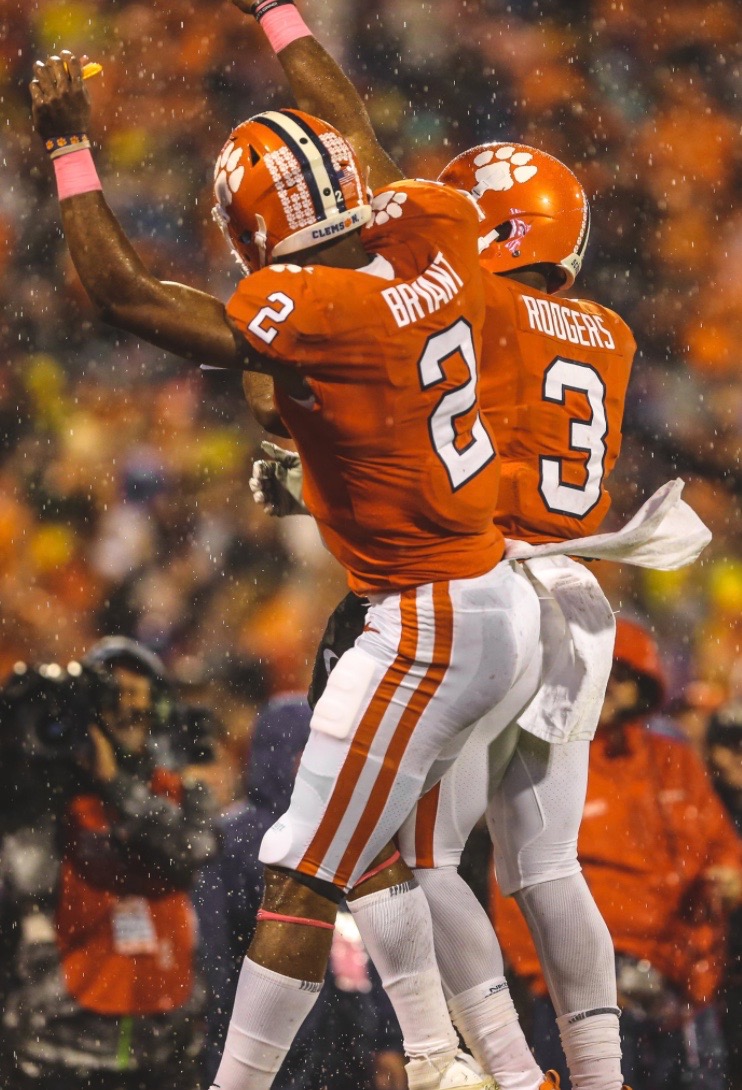 On offense, injured quarterback Kelly Bryant (above) returned to action for the Tigers after suffering a concussion against Syracuse two weeks ago.  Bryant showed no ill effects from that injury (or a previous ankle sprain), rushing for 67 yards on 12 carries and throwing for 207 yards and two touchdowns on 22 completions.

Bryant has been as solid as Howard’s Rock in taking over for school legend (and first round NFL draft pick) Deshaun Watson.  Through eight games, the 6-foot-4, 220-pound junior from Calhoun Falls, S.C. has rushed for 590 yards and seven scores and thrown for 1,582 yards and six touchdowns.

Courtesy of the Clemson athletics department, here are the official game stats …

Georgia Tech was a fashionable upset pick heading into this weekend’s match-up – and soggy conditions at Memorial Stadium seemed to favor their style of play.

Things didn’t turn out that way, though … and now Clemson could very well control its own destiny when it comes to a third straight playoff appearance.

Alabama and Georgia are likely locks at No. 1 and No. 2 in CFP rankings.  Beyond that, it’s anybody’s guess after No. 2 Penn State and No. 4 TCU were both defeated on Saturday.  Undefeated Wisconsin will likely be ranked No. 3 in the initial rankings, leaving Clemson to compete with Ohio State and Miami for the fourth and final playoff spot.

What do you think?  Can Clemson make it three in a row?

Will Clemson make the College Football Playoff in 2017?