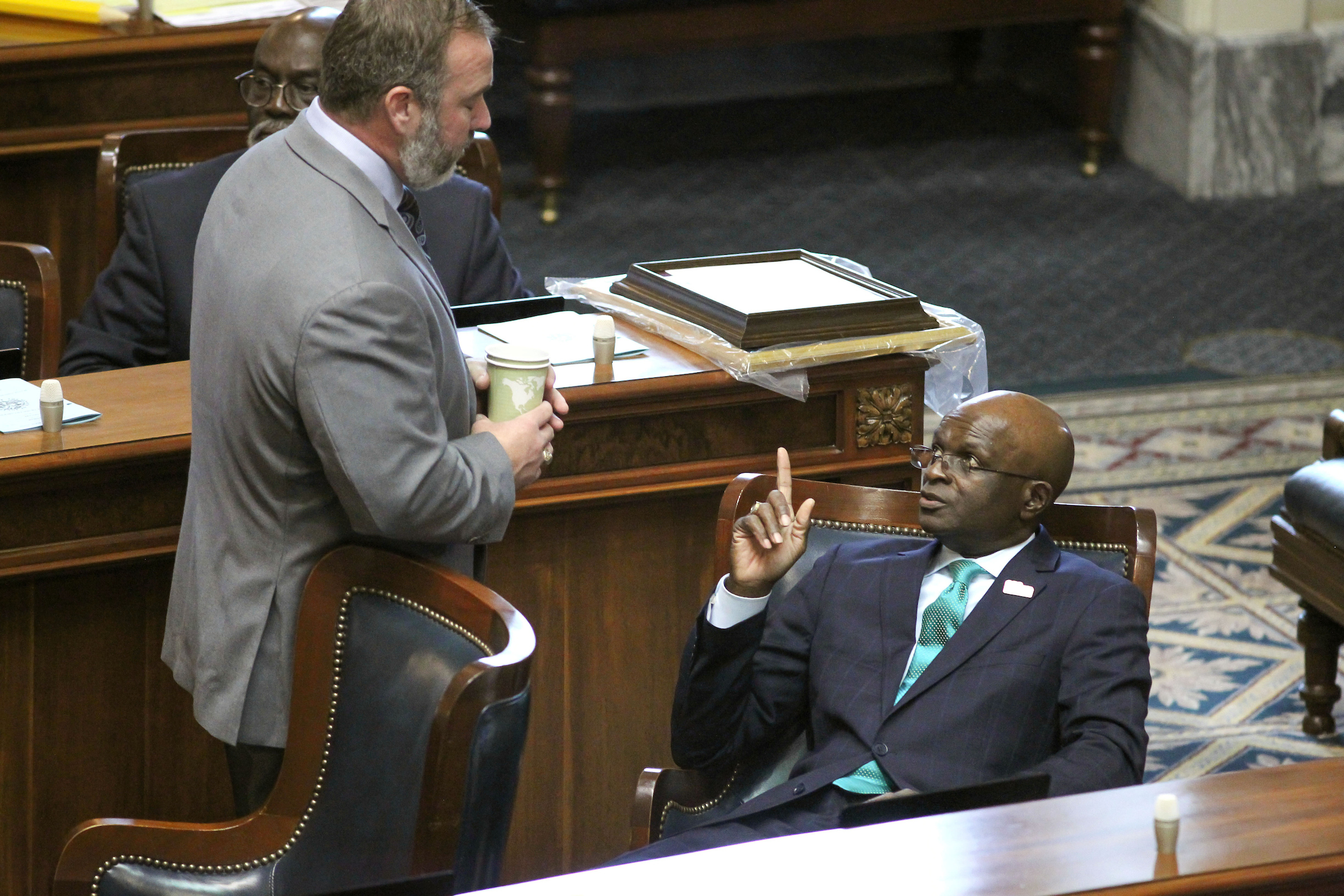 The South Carolina Senate adopted updated abortion restrictions this week which largely mimic those contained in the 2021 “heartbeat bill,” a piece of legislation currently under review before the state supreme court.

The new legislation – H. 5399 – began in the S.C. House of Representatives as a near-total ban on abortions in the Palmetto State from the moment of conception. Many pro-life lawmakers sought to push this total ban through the Senate – removing exemptions for rape and incest in the process.

Those efforts failed, though, thanks to a filibuster led by state senator Tom Davis.

“I tried to balance the right of a woman to autonomy over her body and the right of the unborn child to be born, and it is extremely difficult, at least for me, to figure out when one right must yield to the other,” Davis told me on Friday. “But the really frustrating thing is so many lawmakers on both sides of the issue refuse to even acknowledge there are in fact two rights involved.”

Backed by the three Republican women in the chamber – Penry Gustafson, Sandy Senn and Katrina Shealy– Davis took to the well of the Senate on Thursday and effectively blocked the passage of the amended legislation. As a result, the chamber was forced to pass a bill which – again – essentially duplicated the legislation which cleared the S.C. General Assembly a year ago.

“Waste of time,” one veteran State House analyst told me.

Not just time, either … taxpayers have subsidized numerous hearings on this issue as well as two solid weeks of floor debate.

“Everybody got jerked around,” a lobbyist following the deliberations concluded.

Several State House sources told me this week legislative appetite for a draconian new bill cooled considerably when a prominent GOP pollster published data which showed that most South Carolinians – including Palmetto State Republicans – did not support expanding abortion restrictions beyond those contained in the “heartbeat bill.”

Others disputed that contention, saying the survey released by pollster Robert Cahaly of the Atlanta-based Trafalgar Group on August 30 didn’t impact the debate one way or the other.


“I think that’s giving a poll too much credit,” one senator told me. “People were locked into their positions on this long before those numbers were released.”

Perhaps … but another lawmaker who saw Cahaly’s survey being circulated within the House of Representatives told me it “reinforced just how we are playing with fire.”

Cahaly’s survey was also reportedly eyed closely within the office of governor Henry McMaster, who must decide whether to sign or veto the new bill in the event the House concurs with the Senate amendments.

Will he? In the aftermath of the U.S. supreme court’s decision to overturn Roe v. Wade earlier this year, it is worth remembering state regulations now carry the full force of law. In other words, if the S.C. supreme court decides to uphold the “heartbeat bill” – it stands.

The same would go for the new bill … assuming House members even take it up this year. Some have speculated the House may not even return to Columbia until after the 2022 election – and may decline to address abortion again altogether until they reconvene in January.


While Davis’ filibuster blocked the imposition of a total ban – and preserved rape and incest exemptions – abortion backers were still displeased with the outcome of the legislative debate.

Our guest columnist Amanda Cunningham – who penned an insightful take on the issue as the debate was ramping up late last month – told me Friday she was disappointed by both the legislation and the process which produced it.

“It’s an utter disappointment to watch our state legislature waste months of our time and money debating a bill that ultimately made last year’s cardiac-activity bill more restrictive,” Cunningham said. “It’s deflecting from real issues our state faces, but it’s not all for nothing. We saw Republicans and pro-lifers cross party lines to protect and stand in solidarity with women. It’s separating the extreme from the rational.”

Cunningham (below) said she believed the passage of the legislation was going to cost those who supported it at the polls.

“This bill says sometimes we trust women and doctors, but most times, the legislature knows best,” she said. “Our lawmakers’ antics will send hordes of women – and their allies – to the polls this November.”

Holly Gatling – executive director of S.C. Citizens for Life (SCCL) – is another advocate on the front lines of this ongoing debate. Like Cunningham, Gatling also submitted an incredibly intimate column for our news outlet – detailing her personal journey as a pro-lifer.

“South Carolina Citizens for Life is heartbroken for the unborn in our state,” Gatling’s group said in a statement responding to the Senate bill.

While lawmakers continue debating expanded abortion restrictions, state supreme court justices must decide whether the law is violative of privacy provisions contained in Article I, Section 10 of the S.C. Constitution. That challenge was filed by the South Atlantic office of national abortion provider Planned Parenthood – and was referred to the supreme court in late July.

Justices temporarily enjoined the state from enforcing the bill in mid-August as the legislative debate over abortion was ramping up.

Where is the abortion debate in South Carolina headed from here?

It all depends on how the House decides to respond to the Senate … but my guess is the “heartbeat bill” (or its version 2.0) is the likely landing spot, again, assuming the supreme court upholds its constitutionality at the state level.