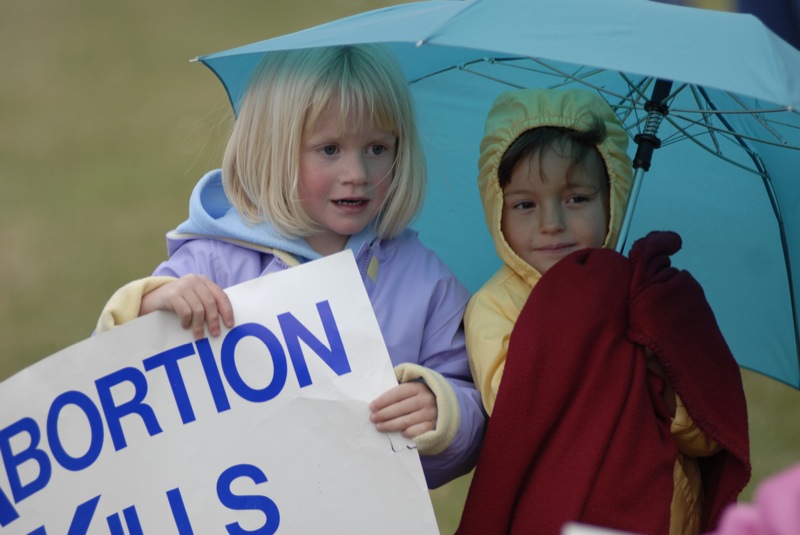 For the first twenty years of my professional life, I was a daily newspaper reporter covering heinous crimes, shocking criminal trials, and many civil cases of public interest. As most reporters do – or did back then — I developed a Teflon shell around my emotions so that I could look at and smell murder victims covered with maggots and decaying in shallow graves. I’ve seen crime scene and accident photos that were beyond troubling to someone outside of law enforcement, forensic pathology, or the emergency room of most hospitals.

My Teflon shell did its job protecting me from reacting emotionally to the grizzly and gruesome facts of life –  until one day in the early 1980 someone showed me a photograph of an aborted baby. I was stunned and horrified. Without doubt, this was a dead human baby savagely dismembered, and it wasn’t a crime. My Teflon shell cracked wide open.

Flashback to my childhood when the Civil Rights era was the news of the day. I remember being deeply, emotionally impacted by photographs of American slaves whose bodies were scarred from beatings, dismemberment, and inhuman abuse. Another was of a dead black man with a rope around his neck swinging from a tree while the lynch mob below looked on with demonic satisfaction. I remember photos of the Klan burning crosses, and I learned a protest song I played over and over on my ukulele. It began, “The countryside was cold and still. There stood across upon the hill. This cold cross bore a burning hood to hide its rotten heart of wood.” Then there was the profoundly disturbing news coverage of violent police action against Dr. Martin Luther King Jr. and the peaceful Civil Rights protests to end the wrong of segregation.

I was raised knowing slavery was wrong. My maternal great-grandfather fought for the Union Army, and I have to this day the tiny diamond engagement ring he gave my great-grandmother. I knew segregation was wrong because my parents were working side-by-side with black leaders for peaceful integration of Columbia, S.C., schools, churches, and places of business. My high school, Dreher High, was one of the first public schools in South Carolina to integrate in 1964. My personality for justice and right was firmly set when I was 14 years old.

Now fast forward to that day I first saw the picture (warning, graphic) of an aborted baby. It seared my conscience in the same way that pictures of abused slaves, and lynch mobs, and vicious dogs attacking peaceful Civil Rights protestors affected me as I was growing up. “This. Is. Wrong.” I remember staring at the bloody, chopped up remains of a baby and saying to myself, “Why doesn’t somebody do something about this?” I thought the news media surely would spring into action and correct the injustice, just as it had in the Civil Rights era. I quickly learned that I was terribly mistaken. The news media was part of the problem. The secular news media was promoting abortion as a social good, just as it had defended slavery upheld in 1857 by the U.S. Supreme Court 7-2 decision known as Dred Scott. (The court has never reversed its decision).


After five years of discernment, including 30 months in a Benedictine monastery nestled in the Sangre De Christo Mountain Range in Northern New Mexico, the answer was clear. I needed to answer my own clarion call. The opportunity presented itself in 1993, and I’ve been the executive director of South Carolina Citizens for Life since then.

Why South Carolina Citizens for Life? We are the state affiliate of the National Right to Life Committee, the nation’s oldest and largest single issue pro-life organization. We were organized with the express purpose of restoring legal protection to the unborn members of our human family whose right to life was demolished by the lethal 1973 Roe v. Wade and Doe v Bolton decisions. Taken together, these two 7-2 opinions legalized abortion on demand through all nine months of pregnancy and for any reason or no reason at all.

Our agenda has been to pass every life-protecting law we can pass to save every life we can save until the U.S. Supreme Court overturns Roe. That long-awaited day happened on June 24, 2022, and now the new era of our right-to-life work begins. We will work to pass the Human Life Protection Act (H. 5399) that protects the right to life of unborn members of our human family at every stage of development and equally protects the lives of pregnant women.

I welcome thoughtful, informed dialogue about the right to life of all human beings. Abortion is a real war with a real body count. More than 63 million lives lost since 1973 equals more casualties than from every war since 1775. Abortion is malignant racism. In South Carolina African Americans make up 28 percent of the population yet 44 percent of abortions occurring in our state are black babies. I call that genocide.

My upbringing in the Civil Rights era now has come full circle. The SCCL motto is, “The First Civil Right is the Right to Life.” Without the right to life, there are no other rights.