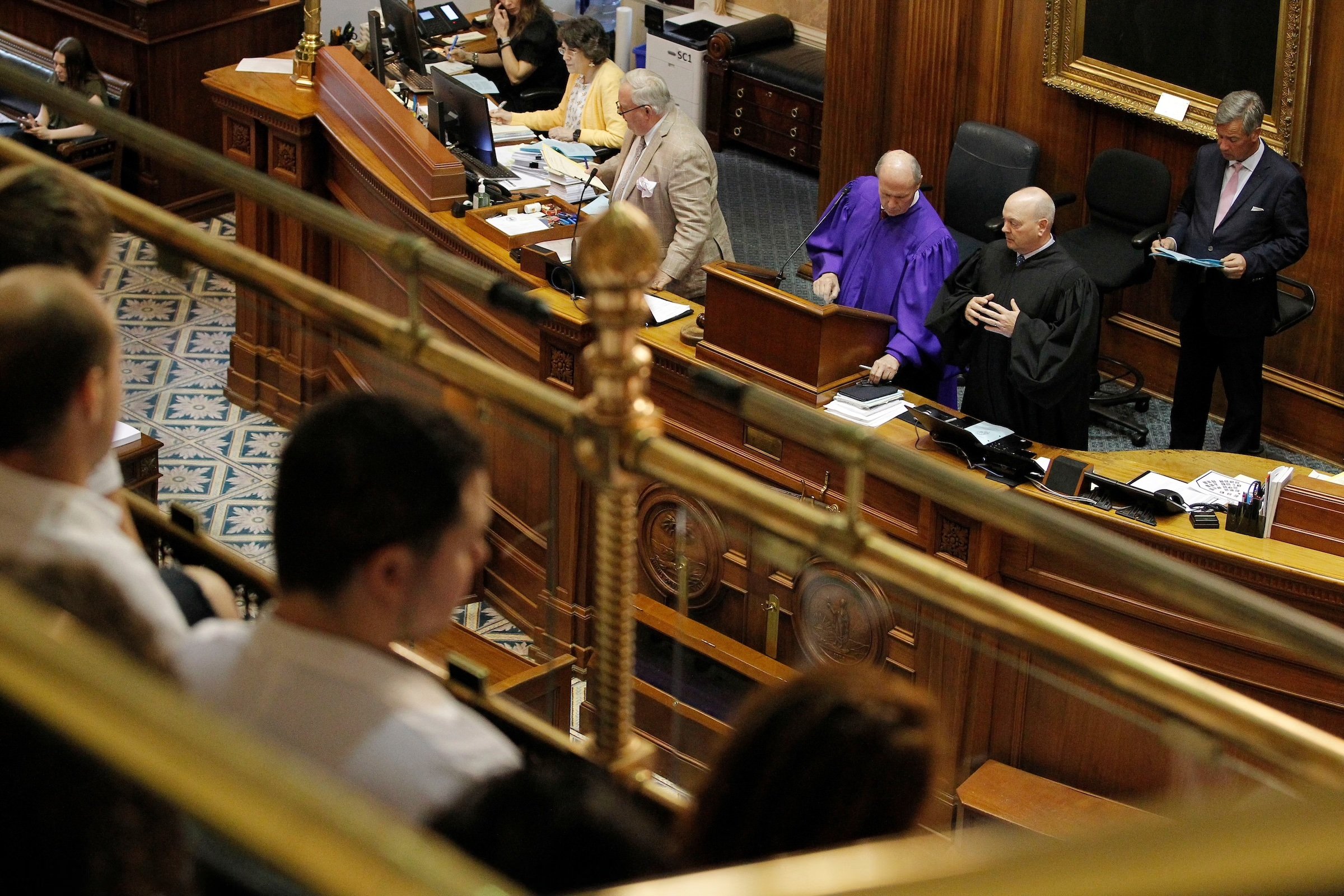 A woman told her story of blood followed by the loss of amniotic fluid at 20-weeks. She and her doctor forced to make the unbearable decision to induce. Another about rape. Underage pregnancy. Ectopic pregnancy. Genetic disorder. Towards the end of the event, a doctor and nurse rose to tell the group, “If you, or anyone you know needs an abortion, there are medical professionals who will get you the healthcare you need.

But that doctor and nurse didn’t say anything I didn’t already know, they affirmed it. The threat of a total ban will not stop abortions. It will stop safe and accessible ones. The belief that life begins at conception is of religious origin. So, do women get to choose their religion, or does the government choose it for us? Either way, a law will not reorient the views of 61 percent of Americans who agree abortion should be legal, nor their desire or need to receive one. There will remain the doctor who makes house calls, the policeman who won’t arrest you, and a community of freedom fighters who will keep abortions obtainable, even at the risk of their own careers and wellbeing.

A ban on reproductive healthcare disproportionally affects minorities and puts vulnerable women into more vulnerable situations. Those with lesser education, income, status, resource, and overall opportunity will be forced to birth children into an even deeper grave of intergenerational oppression. Children born into that early grave are more likely to suffer childhood trauma or distress, negatively affecting mental, emotional development and capabilities. That child grows into a juvenile delinquent, and that juvenile grows into and an adult facing incarceration. Not a coincidence the U.S.’s inmate count dwarfs all other nations. It’s a vicious cycle our lawmakers have the power to slow down. Instead, they’re aiding, and abetting known causes for an increase in crime rates, use of law enforcement and government spending. The only thing the statehouse majority is protecting is the system that keeps electing them to their seats thrones.


When I first started working in the anti-trafficking sector it was a shock to learn brothel owners denied contraception to their victims. A visibly pregnant sex slave is not income producing, so why encourage pregnancy? Because women who have children in brothels are less likely to attempt escape, and more likely to work harder and longer to protect their children. Forced pregnancy and childbearing means it’s easier for brothel owners to control, manipulate and enslave the mothers.

To make it relative, The University of California conducted a study finding women in the U.S. who were denied an abortion, and went on to give birth, experienced increased levels of domestic abuse, poverty and hardship, poorer maternal bonding, depression, and were more likely to raise their children alone. This acutely controls how much a woman can achieve and takes away her freedom to define her life. Lawmakers that force their constituents to become mothers and suffer the above, plus fight inequitable wage-gaps and excessive costs of childcare, are no different than brothel owners.

Women yearn to bring children into places of safety, support, and opportunity. Before our representatives force us to bear children in this state, they should work to nurture an environment better than mediocracy, as South Carolina sits 34th in healthcare, 44th in education, 46th in crimes and 38th in opportunity.

If you missed it, Bill H. 5539 makes abortion illegal from conception, with the only exception to prevent death of the pregnant person, not to preserve their health. That means no exceptions for rape or incest. And if a doctor must wait till their patient is close to death to intervene, that patient will suffer far-reaching, long-term consequence. So will the doctor that took an oath to put the health and wellbeing of their patients before all else.

On September 6th and 7th the SC Senate is holding a special session to address this issue, and if Bill H. 5539 passes, the blood between our legs will be blood on the hands of our lawmakers. Lawmakers who will proudly exercise their choice to strip human liberties and healthcare from our fellow sisters, daughters, and citizens.