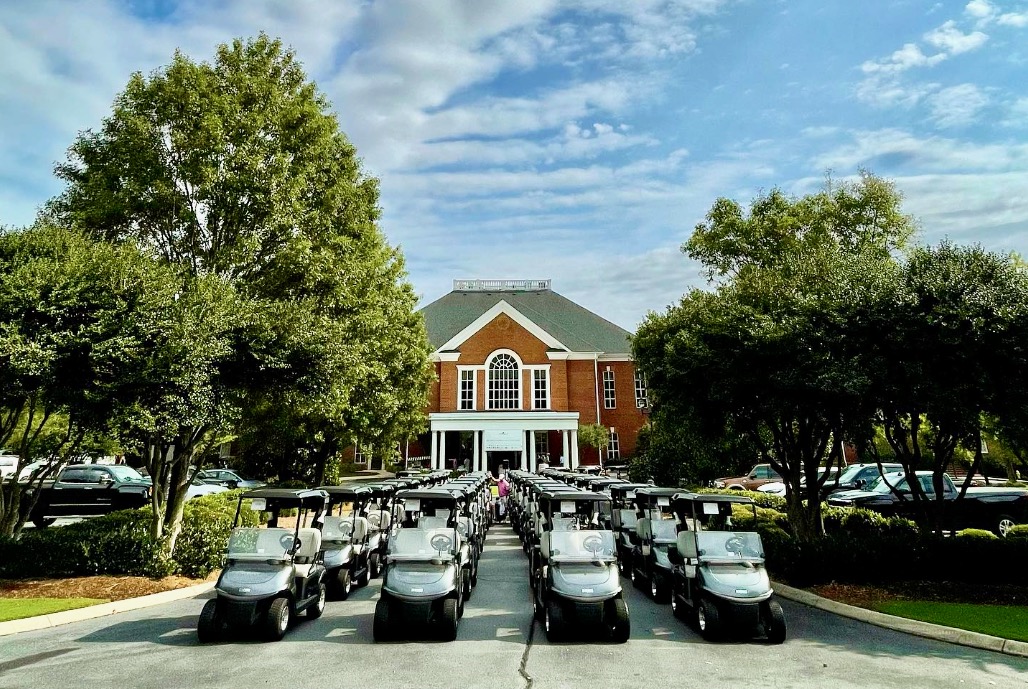 A few months ago – before the Rockstar Cheer sex scandal rocked Greenville, South Carolina – my news outlet provided readers with an update on another scandal involving allegations of sexual misconduct with underage boys and girls in the suburbs of this ostensibly social conservative mecca.

I am referring, of course, to Thornblade – a scandal which worked the Upstate into quite a robust lather two years ago before basically vanishing into thin air.

To recap: Thornblade was a “confluence of salacious scandals” in the South Carolina Upstate which my news outlet began investigating in July 2020. My inquiries began when I received a tip about financial mismanagement and other questionable behavior allegedly transpiring at the Thornblade club – an exclusive private assemblage located within an upscale Greer, S.C. neighborhood of the same name.

The club is located about five miles east of Greenville, S.C. and is well-known in the area for hosting an annual charity tournament sponsored by BMW.


As I noted in a recent recap, shortly after receiving the original tips (which focused on allegations of embezzlement and other financial irregularities involving the country club), “other” allegations were leveled – including reports of a rumored prostitution ring (or “sex ring”) involving multiple residents in the neighborhood.

While I ordinarily wouldn’t care about “private people doing private things,” this rumored sex ring reportedly involved high school students, a secret society of wealthy men and blackmail allegations. Oh, and the rumors clearly had some basis in fact because they spawned multiple criminal investigations – although precisely what happened with these investigations remains somewhat murky.

In response to my initial reporting on Thornblade (here and here), the Greenville County sheriff’s office and the U.S. Secret Service (USSS) opened financial crimes inquiries into the country club – although it is not immediately clear whether those investigations produced any charges.

Meanwhile, allegations related to the rumored sex ring were handed over to the U.S. Department of Homeland Security (DHS)’s special investigations unit (HSI) – the same agency which is investigating the Rockstar Cheer scandal.

According to my sources, HSI conducted multiple interviews based on the reports we received. The agency also referred a Greenville county sheriff’s deputy with purported knowledge of the allegations to his agency’s internal affairs office.

This deputy was controversially cleared in September 2020, however until this month the sheriff’s office had failed to comply with a Freedom of Information Act (FOIA) request submitted by this news outlet seeking the investigatory file – claiming the case remained an “active investigation.”

Here is their belated response …

First and foremost, this document confirms several of the key points raised in my reporting from two years ago. Among them:

Indeed, FITSNews and its coverage is referenced in several places by HSI investigators – as well as sheriff’s investigators and the deputy whose conduct was under review.

What did the internal affairs report not confirm, though? The existence of a document that could blow the Thornblade scandal wide open – and help confirm whether there is any connection between this scandal and Rockstar Cheer.

According to sources familiar with the sheriff’s internal affairs probe, the file contained a so-called “comprehensive dossier” of all the individuals allegedly involved in the Thornblade “sex ring.” In fact, the file reportedly contained much more than that.

“Not only did the dossier ‘name names’ – it reportedly contained ‘digital documentation’ of some of the allegations,” I noted in a recent post.

Clearly, the powers-that-be in and around Greenville, S.C. did not want that information getting out.


This news outlet has been provided with a copy of what is alleged to be the Thornblade dossier – and some of the rumored “digital documentation” accompanying it – but we cannot confirm the authenticity of this information (or its proximity to any pending or former investigations) until we verify this was the file provided to HSI and the Greenville sheriff.

Unfortunately, the pages of the internal affairs investigation believed to contain the “dossier” have been (wait for it) … completely blacked out.

Same for the pages containing printouts of the so-called “digital documentation.”

Even before the Rockstar Cheer story exploded onto the national stage, this news outlet had already relaunched our investigation into Thornblade. Our intrepid researcher, Jenn Wood, was in the process of conducting a deep dive into all of the materials we were originally provided on this story – and had begun interviewing many of our original sources.

Anyone with actionable information on the case is encouraged to reach out to Jenn via email at research@fitsnews.com – using the subject line “Thornblade.”

As I noted, this scandal vanished “like a fart in the wind” in late 2020. Federal and state prosecutors were reportedly unable to prove anything beyond sexual activity among consenting “adults,” and everyone associated with this saga is said to have “lawyered up” and “paid a pretty penny to make the whole thing go away.”

Will it stay buried?