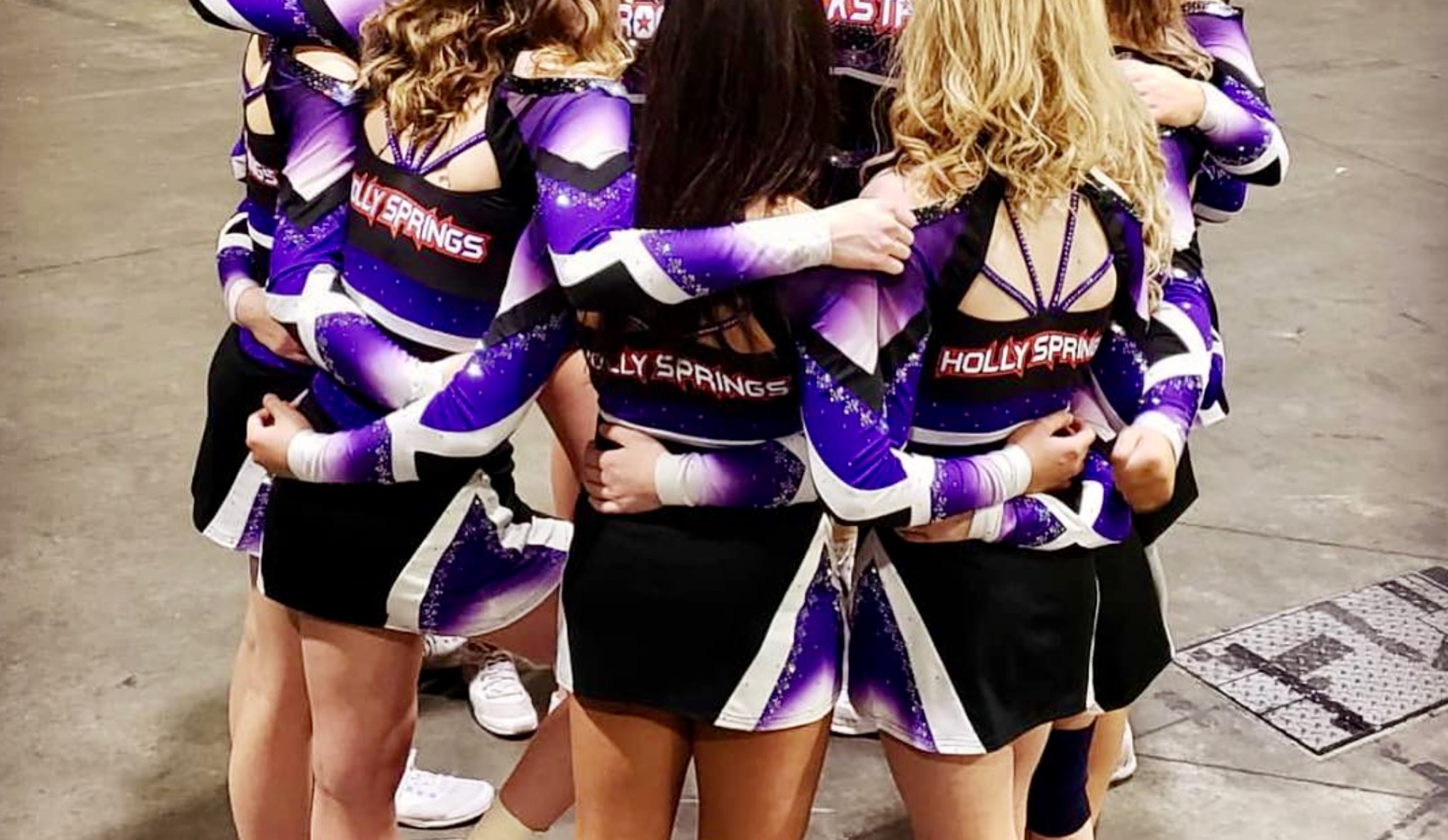 Two weeks after this news outlet first reported that its late owner and founder was at the heart of a massive, multi-jurisdictional investigation into allegations of sexual misconduct, Greenville, South Carolina-based Rockstar Cheer has closed its doors “indefinitely.”

News of the gym’s decision to shutter its operations was first reported by Cody Alcorn of WXIA TV 11 (NBC – Atlanta, Georgia). Alcorn obtained a statement sent to the Rockstar “cheer family” from Kathy Foster – widow of the late Scott Foster.

According to that statement, Rockstar “will close its doors effective immediately.”

“We are forced to make this incredibly difficult decision for the wellbeing of our community,” Kathy Foster (above) wrote. “Although this is painful, we believe it is the best option to help everyone begin the healing process.”

Scott Foster died by suicide on August 22, 2022. Two days later, this news outlet reported he was the focus of a recently launched criminal probe led by the U.S. Department of Homeland Security (DHS)’s special investigations unit (HSI) with support from the Greenville County sheriff’s office.

That investigation – which is ongoing – had been underway for approximately four-to-six weeks at the time Foster took his own life.

According to our sources, there could be dozens of alleged victims of Foster and other Rockstar coaches … with alleged abuse dating back decades.


Over the last two weeks, this story has exploded into the mainstream media – and the filing of a federal lawsuit in U.S. district court in Greenville, S.C. has placed the scandal at the center of a broader culture of alleged sexual abuse within the cheerleading industry across the United States.

According to the federal lawsuit, Foster, Rockstar and codefendants including the U.S. All Star Federation (USASF) and Varsity – a Tennessee-based company which dominates the cheerleading market in America – “created, organized, and propagated a system of young-athlete abuse against innocent victims.”

“This was a factory of abuse designed specifically to generate two things: a constant supply of underage victims for Scott Foster and his fellow predators and a billion dollar revenue stream to Varsity Spirit, USASF and Bain Capital,” attorney Bakari Sellers of the Columbia, S.C.-based Strom Law firm said in a statement announcing the lawsuit. “Instead of protecting these young men and women, they victimized them and cashed their checks.”

Following the suicide of Foster (above) and the subsequent exposure of the allegations against him, numerous cheer gyms across the country have gone into damage control mode – changing their names, quietly parting ways with key personnel, issuing fact-challenged “cover your ass” statements or asking parents to sign draconian new “athlete membership agreements” which include exhaustive, densely worded waivers.

Meanwhile, the national organizations at the heart of the federal lawsuit have obfuscated and attempted to evade accountability.

Rockstar? It decided to pull the plug …

“We want to acknowledge the pain everyone is feeling during this incredibly difficult time,” Kathy Foster continued in her statement. “The information we are all receiving is dispiriting. We stand with you as you process this in whatever way you need.”

Foster’s statement added that “over the past fifteen years, our athletes have worked hard to build a winning legacy.”

“We want each of you to know that this does not detract from your talent, accomplishments or bright futures,” she noted. “We are a family built on a foundation of resiliency. Together, we will rise about this and come out stronger than ever.”

In a follow-up statement from her publicist, Foster added “I ask for privacy for my children and for those personally affected during this difficult time.”

Foster co-founded Rockstar with her husband in 2007 – six years after they were married. As recently as May of this year, Foster was listed as an owner of the franchise. The couple lived in Greenville and have two daughters and one son. According to my sources, the Fosters were separated at the time of Scott Foster’s suicide – with multiple sources suggesting the two had an “open marriage” and were generally aware of each other’s sexual extracurriculars.

As of this writing, however, no one has publicly alleged that Kathy Foster – who was also a coach at Rockstar – engaged in inappropriate sexual conduct with underage cheerleaders.

Also worth noting? Scott Foster was alleged to have been “openly bisexual” – engaging in inappropriate sexual conduct with underage cheerleaders of both sexes. Indeed, the federal lawsuit against Foster, Rockstar, USASF, Varsity and other codefendants lists multiple Jane and John Does among its anonymous survivors.

As I have noted on several prior occasions, my news outlet has been provided with the names of multiple alleged victims in this case. We have decided not to identify any of these individuals, however. Should any alleged victims choose to step forward on their terms – we are committed to helping them tell their stories the right way.

That reminds me: Our amazing researcher (and cheer mom) – Jenn Wood – is leading a deep dive into Foster, Rockstar and the broader cheer community. Anyone willing to share information is encouraged to reach out to Wood at [email protected] or use our tip line.

However you choose to contact us, this news outlet honors requests for anonymity regarding submissions. In fact, here is some background on my personal history when it comes to protecting sources from powerful people.

Stay tuned for much more on this story in the days and weeks to come as this news outlet is just beginning its efforts to hold everyone involved in the Rockstar Cheer scandal accountable for their actions … and in many cases, their inactions.