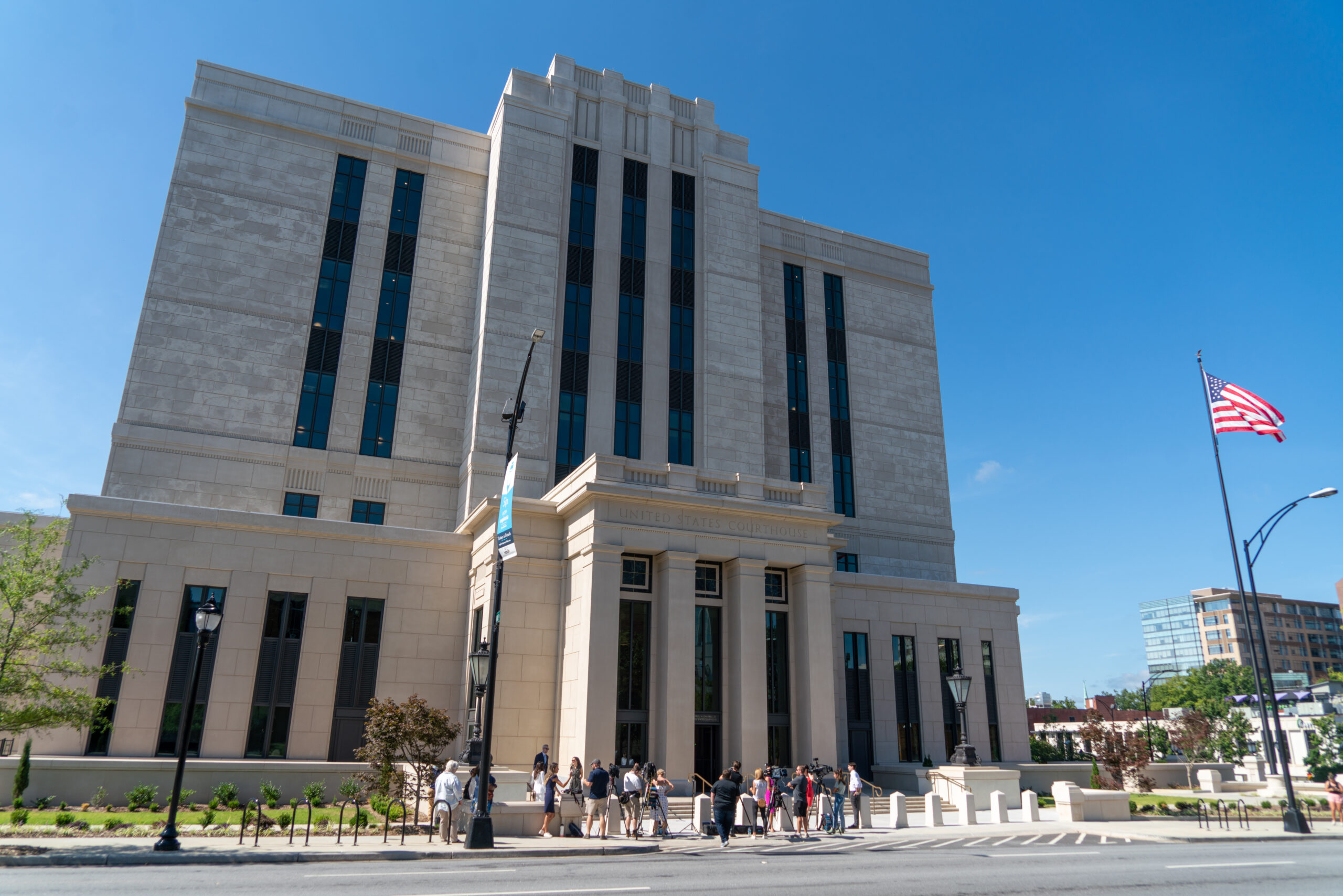 Attorneys with the Columbia, South Carolina-based Strom Law firm filed an expansive, explosive lawsuit in U.S. district court in Greenville, S.C. on Thursday afternoon tied to the mushrooming Rockstar Cheer scandal – an ongoing criminal probe which has exposed a culture of alleged sexual abuse within the cheerleading industry across the United States.

The lawsuit (.pdf) lists multiple unnamed plaintiffs – numerous Jane and John Does – as well as numerous defendants tied to this still-unfolding scandal.

The suit accused these defendants of collectively participating in a “scheme to anoint specific coaches and disregard safety protocols” as part of an “elaborate plan to create a pipeline of young athletes, each of whom represented a significant stream of revenue … worth billions of dollars.”

These co-defendants “created, organized, and propagated a system of young-athlete abuse against innocent victims,” the suit alleged.

More civil suits are on the way, too. According to a news release accompanying the filing of Thursday’s federal action, the forthcoming filings “will include additional victims as well as perpetrators and gyms in various jurisdictions across the country.”

Like I said last week … this scandal is going to be far bigger than anyone imagined.

Among those in the immediate crosshairs? The estate of Scott Foster – whose August 22, 2022 suicide at Paris Mountain state park just north of Greenville, S.C. pushed this story onto the national stage. Foster’s wife, Kathy Foster, was also named as a defendant in the federal case.

Kathy Foster has said she is “heartbroken” by the allegations leveled against her late husband – and has vowed to “cooperate with all involved to make sure our athletes learn and grow in a safe environment.”

The founder and owner of the Rockstar Cheer franchise, Scott Foster died in his vehicle of a “self-inflicted gunshot wound to the head” last Monday.  On the day after his death, this news outlet exclusively reported that the 49-year-old Greenville, S.C. businessman was staring down “a multi-jurisdictional investigation into (among other things) allegations of sexual misconduct with underage girls.”

Foster and others in this industry didn’t just allegedly target underage girls, though. Multiple plaintiffs in the federal lawsuit are young men – which is consistent with what this news outlet has heard from our nationwide network of sources.

“Scott Foster was openly bisexual and targeted multiple underage cheerleaders of both sexes,” a source familiar with the status of the ongoing criminal investigation told me. “And he wasn’t the only one.”

The investigation into Foster and Rockstar Cheer – led by the U.S. Department of Homeland Security (DHS)’s special investigations unit (HSI) with support from the Greenville County sheriff’s office – is ongoing. According to my sources, the HSI investigation had been underway for at least a month at the time of Foster’s suicide – and had already documented a “pattern” of alleged abuse involving “multiple” employees at this facility.

As I noted earlier this week, “Foster was not the only Rockstar leader placed in a position of authority and influence over underage cheerleaders who allegedly abused that trust in some of the worst possible ways imaginable.”

My news outlet has also heard reports that Rockstar employees frequently covered for each other regarding their illicit activities with underage prey – “reaching handshake agreements not to spill each other’s secrets.”

Last week, HSI investigators seized “multiple electronic devices from (Foster’s) vehicle and home this week including an iPhone, iPad and laptop computer” in the aftermath of his suicide.

In addition to Foster and his franchise of cheer studios, the federal lawsuit named the U.S. All Star Federation (USASF) – a nonprofit entity which is ostensibly responsible for implementing “fair and consistent rules and competition standards” in the cheer industry and “providing the safest possible environment for cheer and dance athletes to train and compete.”

Talk about a massive system failure, right? Of course, the lawsuit documents how USASF was allegedly nothing more than a front for the corporate entities profiting from its lax oversight – both financially and in terms of the widespread sexual exploitation of minors.

In fact, the lawsuit alleged corporate defendants “concealed” their ownership and control of this purportedly independent entity.

Speaking of these corporate defendants, the lawsuit lists three affiliations of Varsity – a Tennessee-based company which has made billions of dollars selling cheerleading clothing and organizing cheerleading and dance camps/ competitions across the country. Specifically, it lists Varsity Brands LLC, Varsity Spirit LLC and Varsity Brands Holding Company, Inc. as defendants.

It further lists Bain Capital – the Boston-based investment firm co-founded by U.S. senator Mitt Romney – as a defendant. Bain purchased Varsity in 2018 for an estimated $2.8 billion.

“This was a factory of abuse designed specifically to generate two things: a constant supply of underage victims for Scott Foster and his fellow predators and a billion dollar revenue stream to Varsity Spirit, USASF and Bain Capital,” Strom attorney Bakari Sellers (above) said. “Instead of protecting these young men and women, they victimized them and cashed their checks.”

According to the lawsuit, these organizations created an atmosphere which enabled pedophiles to stalk their young prey at events far away from the watchful eyes of their parents.

“Because of the exorbitant expense for athletes to compete at Varsity events, families who find their finances strained (were) … encouraged to let their child athletes travel to competitions in the care and custody of USASF certified coaches,” the lawsuit alleged. “The Varsity Defendants and Defendant USASF tout the safety and security of their competitions and camps, and their system to lull parents into comfort whereby they have no fear for the safety of their children traveling out of state to hotels with these coaches for competitions throughout the year.”

There was also a financial incentive for parents to keep entrusting their children to the care of this alleged “cheer mob.”

“Individual gyms and coaches would receive substantial benefits from affiliation with the Varsity Defendants, including the reputational benefits of being affiliated with the Varsity Defendants’ brands, and monetary benefits directly linked to the number of competitions in which a gym participated as well as the number of athletes the gym brought to the competition,” the lawsuit alleged. “Moreover … to incentivize coaches and gyms, the Varsity Defendants offered significant monetary benefits to increase participation in events, including by providing cash rebates, as well as in creating event environments that comingled child-athletes with adult coaches, gym owners, and choreographers, while providing these same child-athletes with access to drugs and alcohol with minimal parental or adult supervision.”

“Scott Foster and his allies did their best to intimidate and isolate their targets, making these young people feel alone and somehow responsible,” said Jessica Fickling (above) – one of the lead lawyers on the case. “Well, they’re not alone anymore. We’re standing with them and we stand with all of the survivors coming forward.”

Fickling was joined by her fellow Strom law attorneys earlier this week on the steps of the U.S. district courthouse in Greenville where they announced their intention to file this action. To watch that event in its entirety, click here.

As this news outlet reported on Tuesday, a separate lawsuit was filed in the S.C. thirteenth judicial circuit on behalf of an anonymous plaintiff by attorneys James C. Sproat of the Columbia,S.C.-based Chappel Smith and Arden law firm and Jim Bannister of the Greenville, S.C.-based Bannister, Wyatt and Stalvey firm.

That suit also named Foster, Rockstar Cheer, USASF and Varsity as defendants – alleging “injuries and damages of a sensitive nature due to defendants’ reckless, grossly negligent, and negligent acts and failures.”

As for Foster, the state-level lawsuit accused him of using his position as owner and founder of Rockstar “to coerce children to concede to his sexual suggestions, using his authority and position of trust to exploit them physically, sexually, and emotionally.”

More ominously, it accused the collective defendants of “establish(ing) a competitive environment soliciting young athletes to cross state lines with minimal parental or adult supervision, to converge at pre-scheduled locations where the athletes would then be exposed to drugs, alcohol, and predatory conduct by adults including coaches and choreographers, all while publicly representing that Defendants were providing a culture of safety at these same events.”

“We’re fighting against a system, created and fostered by USASF, Varsity Spirit and Bain Capital that not only allows an environment where physical, mental and sexual abuse can run rampant, but encourages it,” Strom attorney Alexanda Benevento (above) said. “We’re fighting to change that system once and for all.”

The same can be said for this news outlet …

After breaking this story wide open last week, our intrepid researcher – Jenn Wood – has been leading a deep dive into Foster, Rockstar, USASF, Varsity and the broader cheer community. Anyone willing to share information related to this saga is encouraged to reach out to Wood at [email protected] or use our tip line.

However you decide to contact us, this news outlet honors requests for anonymity regarding submissions.

So far, USASF and Varsity have not directly addressed the allegations against them – choosing instead to play the deflection game.

The USASF issued a statement earlier this week claiming it was “devastated to learn of allegations about potential abuse of All Star athletes in South Carolina and potentially other areas as well.” Meanwhile, Varsity issued a statement early Thursday which also referred to the allegations as “devastating,” adding that the company “share(d) in the sorrow with our All Star community during these difficult times.”

The Varsity statement also claimed the company would “continue to set the highest standards in athlete safety.”

“Athlete protection will continue to be our top priority,” a statement attributed to company president Bill Seely noted.