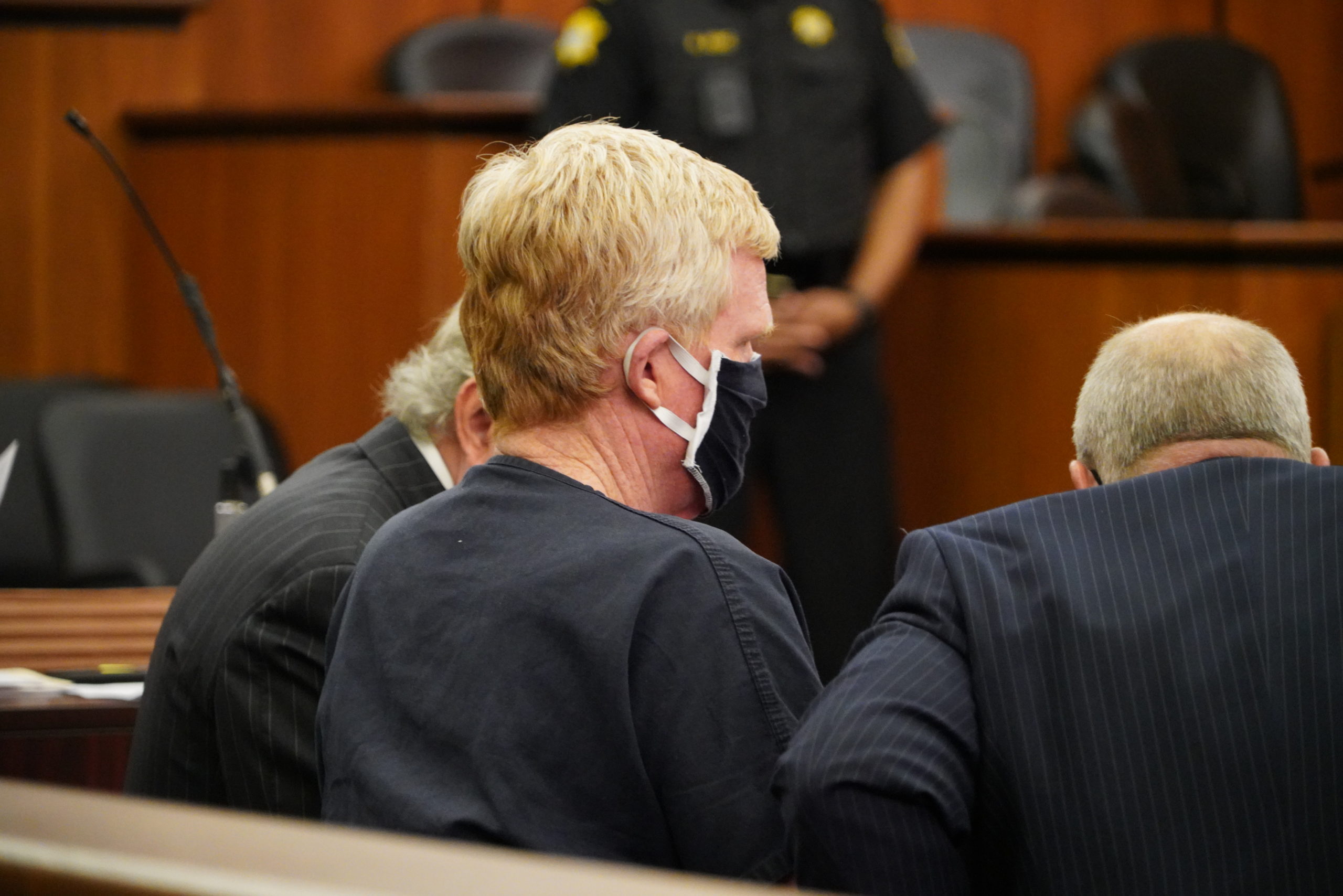 News of the latest indictments – handed down earlier this week by the South Carolina statewide grand jury – was first reported by John Monk of The (Columbia, S.C.) State newspaper.

According to Monk, the latest indictments alleged – among other things – that Murdaugh made off with more than $91,000 from his former law firm “without the firm knowing and put the money toward his own personal use.”

Murdaugh’s former firm has previously filed a civil suit against him – although given some of the curious property and corporate connections between the disbarred lawyer and several of his former partners uncovered by our researcher, Jenn Wood, that suit was greeted with suspicion.

Of interest? The latest financial crimes were allegedly committed after Murdaugh was named as a defendant in a high-profile wrongful death case involving his late son, 22-year-old  Paul Murdaugh (who along with his mother, 52-year-old Maggie Murdaugh, was allegedly murdered by Murdaugh last June at the family’s hunting property in Colleton County, S.C.).

In addition to allegedly stealing from his law partners, Murdaugh was also accused by prosecutors of manipulating the internal processes at his former law firm – Peters Murdaugh Parker Eltzroth and Detrick (PMPED) – to obtain a $121,000 loan repayment check intended for his brother, Randy Murdaugh, according to the indictments.

All of these new charges were confirmed by the office of S.C. attorney general Alan Wilson – which released the indictments to this news outlet shortly before 10:00 a.m. EDT on Friday.

According to the indictments, Murdaugh is charged with nine additional counts of criminal activity – four counts of obtaining property by false pretenses, three counts of money laundering and two counts of computer crimes.

Murdaugh (above) wasn’t the only one indicted by the statewide grand jury this week. As I previewed last week, 34-year-old Spencer Roberts of Walterboro, S.C. – who allegedly has ties to the Lowcountry ‘Cowboys’ gang – was formally indicted in connection with the charges leveled against him last week in a Richland County, S.C. courtroom.

Those charges – involving alleged fraud related to the Covid-19 pandemic – did not appear to have a nexus to the Murdaugh scandal.

During a bond hearing for Roberts, however, senior assistant deputy attorney general Creighton Waters claimed Roberts had been in receipt of checks which “allegedly originated from Alex Murdaugh.”

Prosecutors have yet to say how Roberts is connected to the web of alleged criminality surrounding Murdaugh – only that they believe he is connected.


In addition to Roberts, grand jurors indicted Jerry K. Rivers on one count of obstruction of justice for committing “an act which prevents, obstructs, impedes, or hinders the administration of justice.”

Specifically, Rivers was accused of taking “an item of evidentiary value that had been seized pursuant to (a) search warrant” on August 10, 2022 and doing so “without permission or acknowledgement from law enforcement,” according to the indictment.

The item? A “cellular phone belonging to another individual who had been arrested.”

This news outlet has reached out to attorney general spokesman Robert Kittle in the hopes of getting additional information on how Roberts and Rivers are connected to Murdaugh’s ever-expanding maze of alleged criminality.

I have also reached out to Murdaugh’s attorney Dick Harpootlian to get his thoughts on the latest round of indictments against his client.