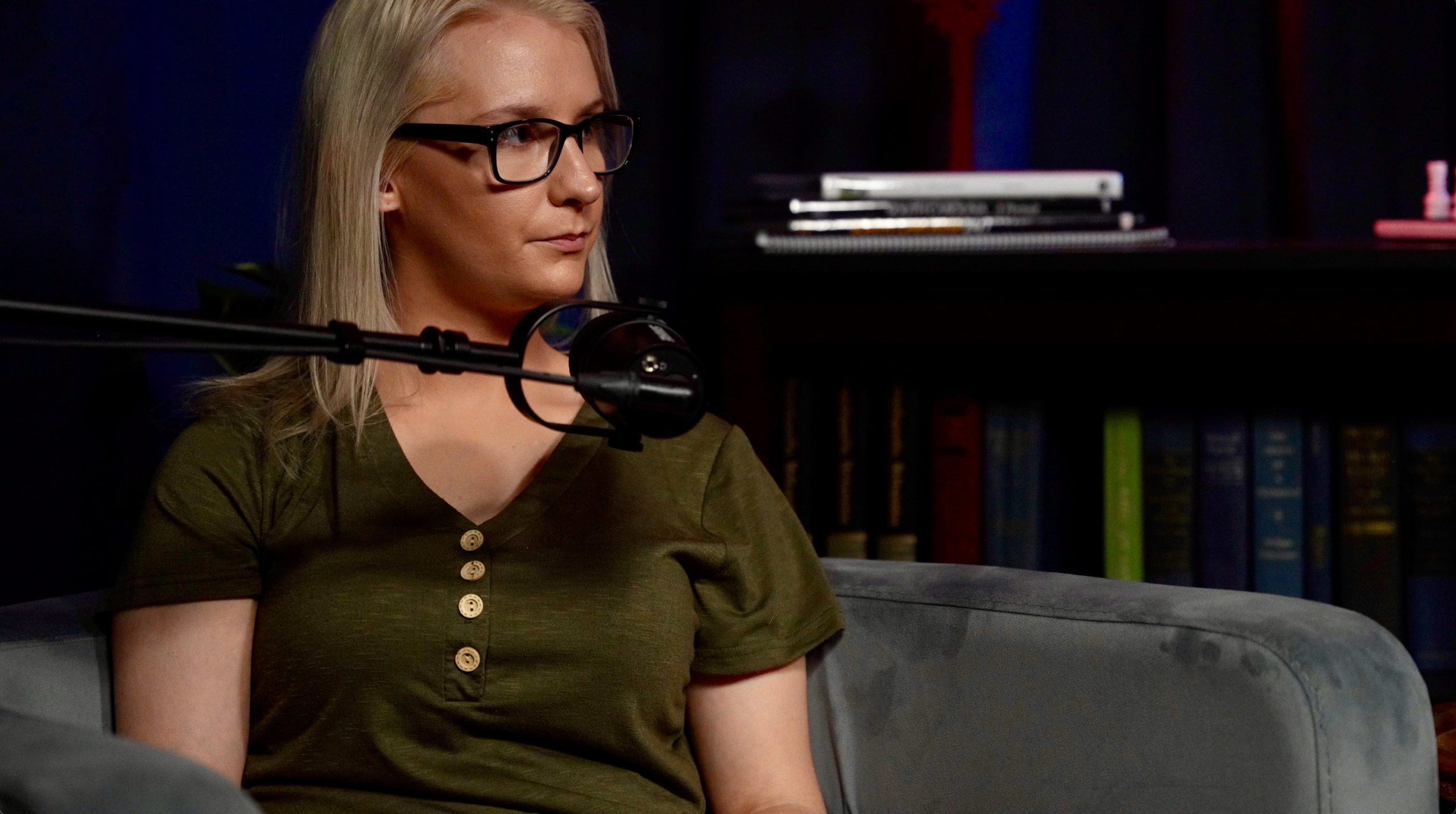 One of the most compelling interviews this news outlet has ever conducted took place last month when former Charleston, South Carolina sex worker Lindsey Edwards paid a visit to our studio.

Edwards’ story took the Palmetto State by storm – and not just her harrowing recollections of the four times she was allegedly forced to “service” Alex Murdaugh, the accused killer at the heart of the still-unfolding ‘Murdaugh Murders’ crime and corruption saga.

During their four “sessions,” Murdaugh allegedly choked Edwards to the point of unconsciousness, gagged her, beat her and pulled out clumps of hair from her head.

In case you missed the interview …

Of course, the real story Edwards shared with our audience had little to do with Murdaugh but rather the brutally exploitative world of forced sex work – a.k.a. human trafficking.

As a twenty-year-old exotic dancer in and around Charleston eight years ago, Edwards found herself forced into the sex trade – at gunpoint, in some instances. She told me she was under the thumb of a ruthless madam, armed “bodyguards” and a network of dirty cops (many of whom allegedly received sexual favors in exchange for the information and “protection” provided to the madam).

Edwards finds herself back in the news this week after she was interviewed by agents of the S.C. State Law Enforcement Division (SLED).

Along with the office of S.C. attorney general Alan Wilson, SLED is leading the various investigations into Murdaugh and those affiliated with the web of alleged criminal activity surrounding him. The 54-year-old disbarred attorney – and scion of one of the state’s most influential legal dynasties – is currently the focus of no fewer that six separate state criminal inquiries – including the aforementioned double homicide inquiry, a financial crimes investigation (which has already netted dozens of charges), a drug trafficking inquiry, an obstruction of justice probe and the investigation of a bizarre roadside shooting that took place last Labor Day.


Two additional homicide investigations allegedly have ties to the Murdaugh family – and there is a sprawling public corruption probe linked to the saga as well.

Oh, and those are just the state cases … a federal investigation is also underway which has yielded charges against one of Murdaugh’s alleged co-conspirators.

According to my sources, SLED’s interview with Edwards began on Wednesday morning and lasted approximately two hours. It was said to have spanned a wide range of issues – but focused extensively on the allegations against Murdaugh.

“(Edwards’) testimony could prove pivotal before a jury,” one attorney following the case told me. “It goes to the nature of a person – the nature of someone who could snap like that and do something like they say he did. I could see her being a very convincing witness if her story checks out.”

I concur … but once again, Murdaugh is just one part of this story.

It is the network of forced sexual servitude Edwards described – i.e. the dozens if not hundreds of similar prostitution rings likely in operation across the state as we speak – that strikes me as the real story here.

Those are the criminal enterprises SLED and the attorney general need to investigate – starting with Edwards’ madam.

“Neither I nor my client wish to say or do anything at this point to compromise any active investigations,” Norrell said.

Norrell was a staunch advocate for victims of sexual abuse during her tenure in the S.C. General Assembly. In fact, I covered her work extensively in this article. Edwards has also been in conversations with state senator Katrina Shealy, another lawmaker who has focused her efforts on protecting victims of violent crimes.

SLED public information director Renée Wunderlich was not immediately available to comment for this report, however her agency has a longstanding policy of not commenting on pending investigations.

Another Round Of Financial Crime Indictments For Alex Murdaugh