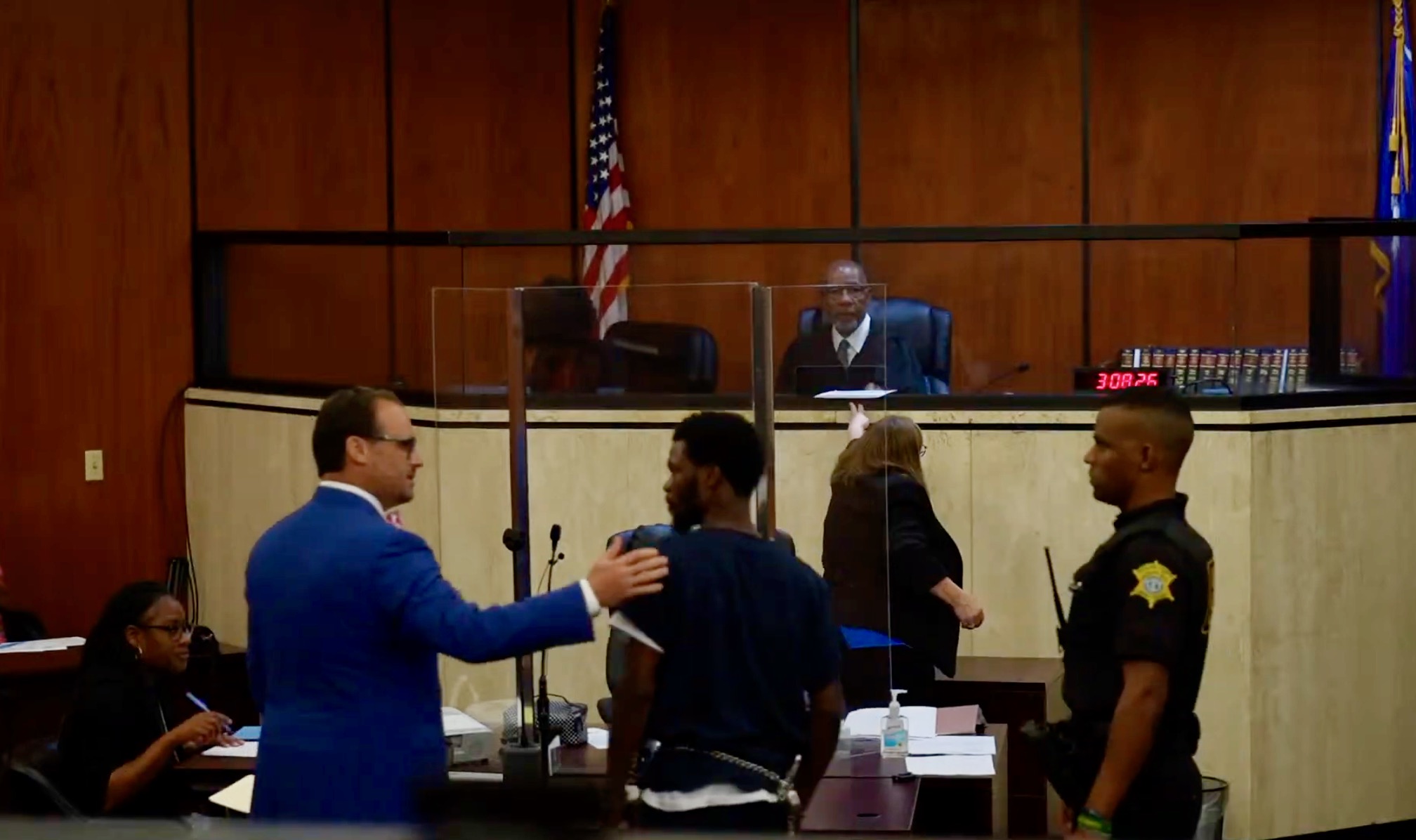 Prior to this week’s big bond revocation hearing for Curtis “Eddie” Smith – the self-proclaimed “best friend” and “brother” of accused killer Alex Murdaugh – a bond hearing was held for Spencer Roberts of Walterboro, South Carolina.

The first hearing appeared to be totally unrelated to the second … but as the ‘Murdaugh Murders’ crime and corruption saga continues to teach those of us covering it, expect the unexpected.

Roberts, 34, stood before S.C. circuit court judge Clifton Newman accused of fraud – specifically, of providing false information to multiple government agencies in order to collect more than $40,000 worth of benefits and loans in the aftermath of the Covid-19 pandemic.

Waters began his remarks to the court by saying that Roberts was “part of an investigation down in the Lowcountry.” He didn’t say – at least not initially – that the defendant facing the charges could be tied to what is shaping up to be the “case of the century” in South Carolina.

As with anyone accused of committing such crimes, Roberts is considered innocent until proven guilty by our criminal justice system. However his attorney, Charleston, S.C.-based Mark Peper, basically admitted his client’s guilt in open court – saying he was going to “man up” to the charges.


As Peper began to make his case for a reduced bond for Roberts, though, Waters piped up with a pretty stunning revelation: Namely that Roberts had been in receipt of checks which “allegedly originated from Alex Murdaugh.”

Waters did not disclose the amount of those checks – and attempts by this news outlet to obtain information related to his arrest were unsuccessful.

“He hasn’t been indicted yet,” said Robert Kittle, a spokesman for S.C. attorney general Alan Wilson.

According to Kittle, Roberts appeared in court on a “pre-indictment arrest warrant” – one which the S.C. statewide grand jury has yet to make public.

The plot thickened when Peper insinuated the state was using the fraud charges against his client in an effort to get him to testify against Murdaugh – and to jack up the amount of his bond (which Newman set at $200,000).

That news, incidentally, was first reported by Avery Wilks of The (Charleston, S.C.) Post and Courier.

So … how do all of these puzzle pieces fit together?

Could Roberts – who has multiple prior arrests on his record – be the long-awaited link between the Murdaughs and the “Cowboys,” a Walterboro, S.C.-based gang which made a fleeting appearance in this saga last October?

“He swears he’s not and never has been (a member of the Cowboys),” Peper told me Friday morning.

As for any connection to Murdaugh, Peper told me his client has “never met Alex in his life.”

Sources familiar with the investigation, however, say Roberts and Smith are both tied to illegal narcotics distribution – the latest evidence of a significant drug connection to this still-unfolding story.

As for Smith – whose bond was revoked by Newman immediately after the Roberts’ hearing – he has been accused of cashing more than 400 checks totaling at least $2.4 million at Murdaugh’s behest. That’s just one part of his connection to this saga, though. A bizarre staged suicide last Labor Day propelled him onto the national stage as a key player in the Murdaugh drama.

To recap: Smith is accused of shooting Murdaugh in the head in that incident – an attack Murdaugh and his attorneys originally sought to portray as an act of violence perpetrated by an unknown assailant.

According to Murdaugh’s attorney, Jim Griffin, the disgraced lawyer was allegedly shot by a passerby while trying to change one of the ‘run-flat’ tires on the Mercedes-Benz sport utility vehicle he was driving. This narrative fell apart almost immediately, however – and Griffin didn’t help his client by pushing shifting, conflicting stories to members of the mainstream media.

Meanwhile, there has been zero evidence of the “superficial” head wound Murdaugh sustained in the shooting – which he and Smith insist was a botched suicide intended to deliver a $10 million life insurance policy to Murdaugh’s surviving son, Buster Murdaugh.

The roadside shooting took place three months after the June 7, 2021 murders of 52-year-old Maggie Murdaugh and 22-year-old Paul Murdaugh at the family’s Colleton County hunting property. Alex Murdaugh has since been formally charged with his wife and youngest son’s murder.


Speaking of staged accident scams, the first criminal charges that we have been able to uncover filed against Roberts revolve around a series of staged accidents in Colleton County. Roberts pleaded guilty to filing a false claim for an insurance payment in connection with that case.

These rackets happen all the time in the Palmetto State … with precious little in the way of consequences for the industrious criminals.

Stay tuned … this news outlet has just begun to dig into this latest development in an investigation that, by all accounts, seems to have no empty rabbit holes.