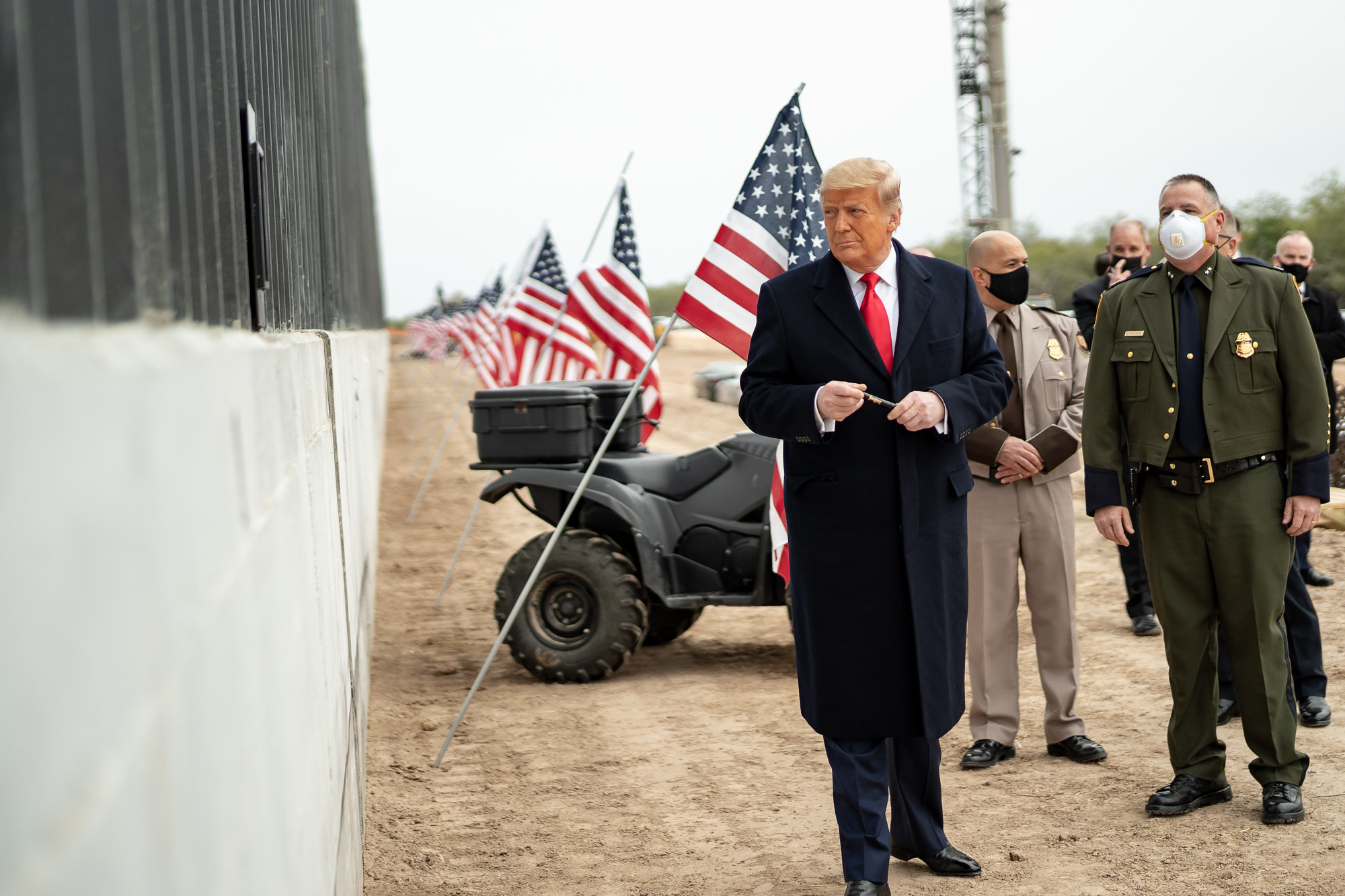 Lately in America we have gotten into the habit of answering questions about our political leaders the wrong way. When asked what we think of a particular politician, for example, we will often respond “oh, I like him (or her),” or “I don’t like her (or him).”

We focus on the person, not the policies. Which, quite frankly, is ignorant. And which has had disastrous consequences for our discourse – and for our country.

However, such a counter-interrogatory requires both parties to the conversation to have at least a rudimentary conception of where politicians stand on various issues … knowledge which is increasingly rare in our society.

Frankly, it is far easier to go along with the prevailing “herdthink” – to reflexively and emotionally support (or oppose) a political figure based on what those around us are saying. Based on what they are told to think.


Anyway, when it comes to outgoing U.S. president Donald Trump – who leaves office today – we are often asked what we think of the man. To which we typically respond: “On which issue?“

When it comes to the tax and spending issues which we believe have the most significant impact on the trajectory of our nation’s prosperity, Trump was an abject failure. Or at the very least, he failed to provide the tax relief and spending cuts he promised as a candidate in 2016.

In other areas, though, we believe Trump did some good things … like moving money from endless wars overseas and appropriating it to border security (including his much-ballyhooed border wall).

Of course, the wall Trump promised in 2016 is not quite the wall that exists in 2020 … in part because Trump wasn’t consistent on this issue, either.

Trump promised the border wall would be 1,000 miles long – and would be paid for by Mexico. More recently, Trump cut that estimate in half – claiming in his 2020 State of the Union address that “substantially more than 500 miles” of the wall would be constructed by the beginning of 2021.

Where does the wall stand as Trump leaves the White House? According to the U.S. Customs and Border Protection (CBP), a total of 453 miles worth of border wall was constructed during the Trump administration. Of that total, only 80 miles of wall was constructed in areas where no previous structures existed.

According to Trump, though, his administration did “just like I said we would.”

“Unlike those who came before me, I kept my promises, and today we celebrated an extraordinary milestone, the completion of the promised 450 miles of border wall,” Trump told reporters last week.

And what of Trump’s promise that Mexico would pay for the structure?

That failed to pan out at all, as American taxpayers have shelled out an estimated $15 billion on the wall – money routed from the U.S. Department of Defense (DOD), Department of Homeland Security (DHS) and the U.S. Treasury.

Not all of that money has been spent, though – with at least $3.3 billion sitting in U.S. Army Corps of Engineers (USACE) accounts.

This news outlet supported these appropriations – especially the money Trump transferred from the failed war in Afghanistan.

“It represents an exceedingly rare example of the federal government taking money away from something it shouldn’t be doing and spending it on something it absolutely should do,” we wrote at the time.

Trump also used tariffs in an effort to negotiate with Mexico on the issue of illegal immigration, which we supported.

What’s next for the wall? Good question …

U.S. president-elect Joe Biden – who takes office in a few hours – has vowed that all construction of the wall will stop the moment he takes office.

“There will not be another foot of wall constructed in my administration,” Biden told National Public Radio (NPR) last August.

Biden has also vowed to put an end to eminent domain efforts by the Trump administration aimed at acquiring the land necessary to build more of the wall.

“End, stop, done, over,” Biden said. “Not going to do it. Withdraw the lawsuits, we’re out. We’re not going to confiscate the land.”

“Building a wall will do little to deter criminals and cartels seeking to exploit our borders,” Biden’s immigration proposal states.

Will Biden tear down the wall, though? That remains to be seen …


Stopping construction on the wall will not be cheap. Termination clauses on existing contracts could wind up costing taxpayers more than $700 million in “demobilization” fees, according to DOD estimates. Of course, these same estimates show taxpayers saving potentially $2.6 billion by stopping work on the structure – which is just one facet of the CBP’s border security campaign.

Do we trust Biden and his Democratic allies in congress to spend that money wisely if they withdraw it from wall funding (which we fully expect them to do)? No … we do not.

Unlike some conservatives, we have never breathed fire on this issue – we simply want America’s borders to be secured and pathways to “status” (not citizenship) to be rigorously and consistently enforced when it comes to illegal aliens.

Immigration can strengthen a nation if certain conditions are met … but it can also be tremendously destructive. It all depends on the immigrant … which is determined by the border policies a nation decides to adopt.

And clearly those policies are about to turn on a dime …

Trump Pardons Contractor At Heart of SCDOT I-26 Scandal