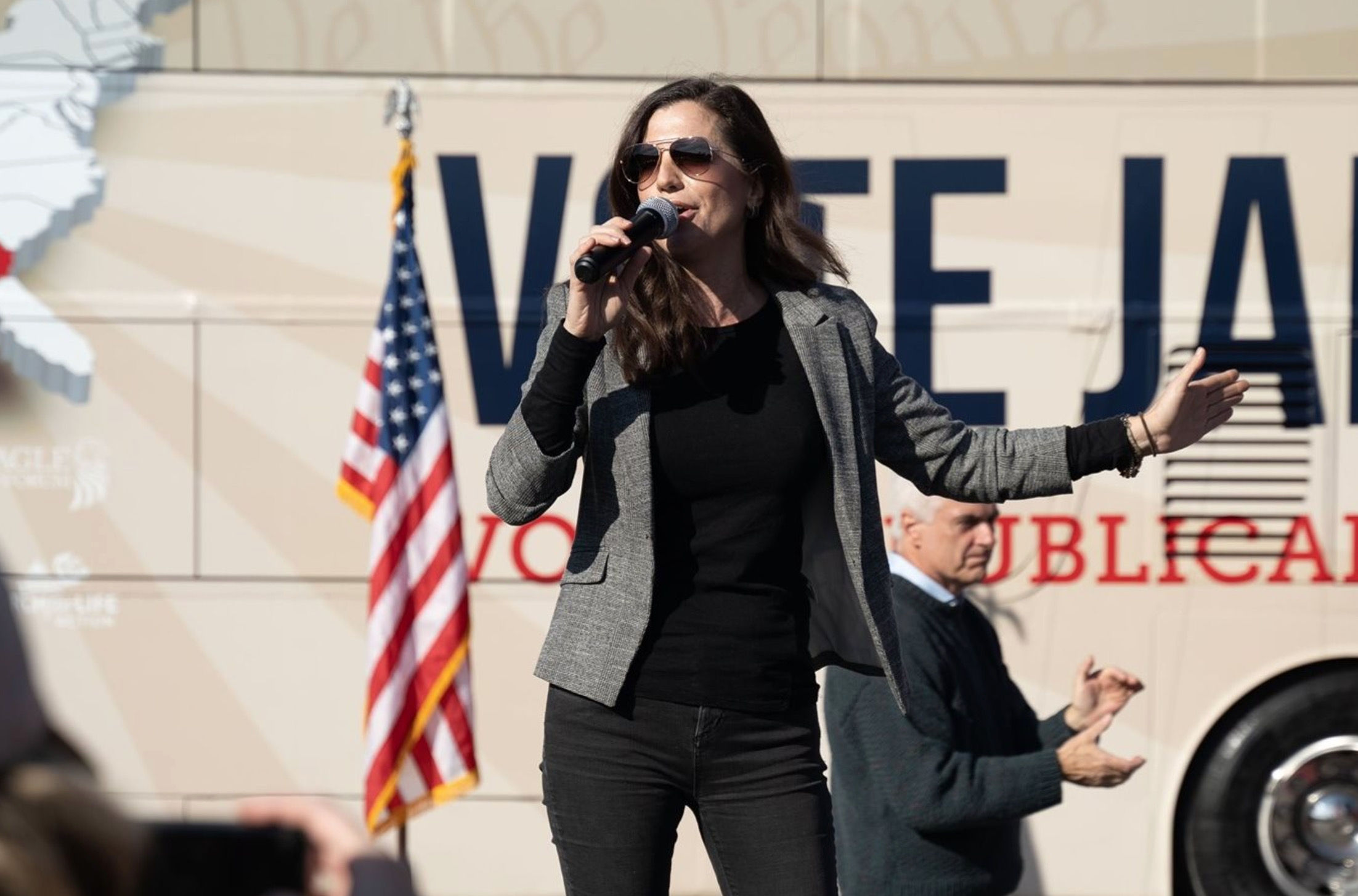 In fact, Trump is reportedly mulling whether to throw his weight behind a primary challenger against the 43-year-old politician in next June’s GOP primary election.

Mace has done her best to win back the right wing of her party in recent months, but those efforts do not appear to be working. Even a high-profile vandalism incident at her home on Daniel Island, S.C. – which was ostensibly the work of Antifa radicals – has failed to rally conservatives to her banner.

Mace doesn’t just have a problem on her right flank to contend with, though, she has a full-scale revolt on her far right flank.

For example, famed First Amendment attorney Lin Wood – who was defeated last month in his bid for chairman of the S.C. Republican party (SCGOP) – has recently made it clear that Mace is one of his top targets.

“Watch out Nancy Mace,” Wood posted on his Telegram page last month. “Your time in Congress is soon to end.”

Wood upped the ante with a Telegram post last week referring to Mace as “a wolf (Democrat/ Globalist) in sheep’s clothing” as well as “a traitor to S.C. patriots.”

While I have made it abundantly clear on several prior occasions that I believe Wood operates well outside the bounds of rational discourse, that doesn’t change the fact that he won nearly 30 percent of SCGOP delegates in his failed bid for state chairman earlier this year.

And that was after the incumbent chairman, Drew McKissick, received three endorsements from Trump …

Despite arriving in the Palmetto State from neighboring Georgia only a few short months ago, Wood has an army of grassroots conservative activists working for him – activists which control at least four county Republican party organizations.

Luckily for Mace, none of those county parties are located within the congressional district she represents … but Wood does reside in her district, and is clearly helping organize opposition to her reelection bid.

Trump backers like Wood remain livid with Mace after she displayed what they believe to be insufficient loyalty to the former president in the aftermath of the mob violence that went down at the U.S. capitol on January 6, 2021.

Mace ripped Trump in no uncertain terms for his alleged role in inciting that violence, but shortly thereafter she changed her tune. More recently, conservative Republicans (including Trump, I am told) were miffed to learn of Mace’s participation in several fundraising events with U.S. congresswoman Liz Cheney, the former president’s top target for defeat in the 2022 election cycle.

Stay tuned … Mace (who has already drawn one announced primary opponent) is clearly going to have a fight on her hands in next spring’s GOP primary election. Just how big a fight – and exactly who she will ultimately be fighting against – remains to be seen, though.