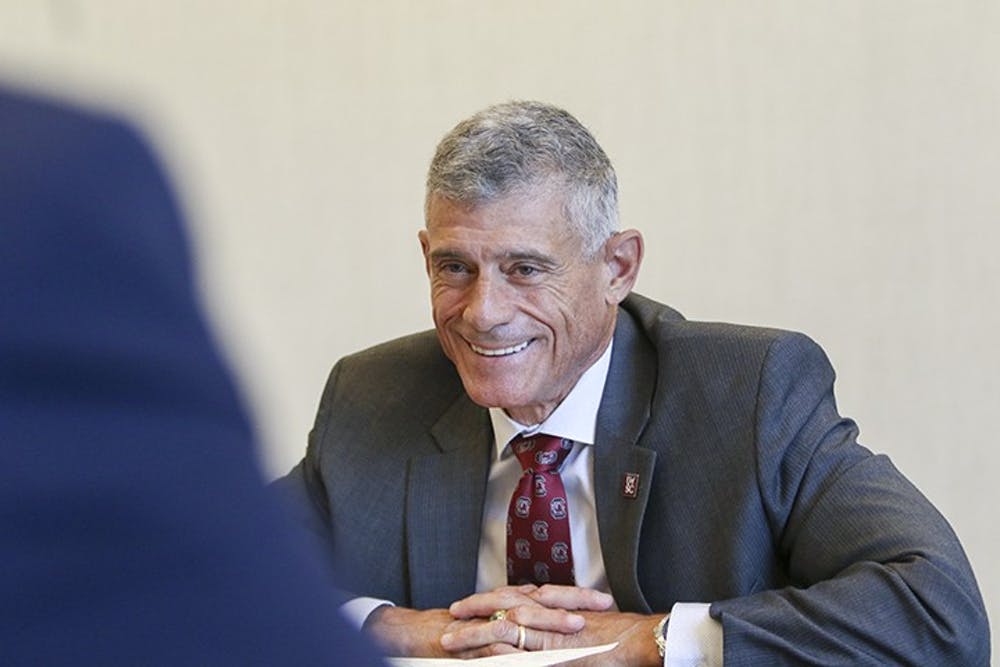 University of South Carolina president Robert Caslen resigned his office after FITSNews first reported on allegations of plagiarism in his commencement speech on Friday — but the school’s board of trustees didn’t accept his resignation.

Andy Shain of The (Charleston, S.C.) Post and Courier reported on Tuesday that Caslen admitted to plagiarizing two paragraphs from a commencement address delivered seven years ago at the University of Texas by retired U.S. Navy four-star admiral William H. McRaven.

University spokesman Jeff Stensland told the Post and Courier that over the weekend “Caslen resigned to board chairman Dorn Smith, who did not accept it.”

The Post and Courier doesn’t give an exact timeline for when Caslen tried to resign, but the embattled president told Judi Gatson of WIS-TV 10 yesterday that he didn’t realize he forgot to attribute in his speech until FITSNews reported it on Sunday.

In the interview, Caslen apologized for the mistake and said he would be willing to submit his letter of resignation to the school’s trustees were they to ask for it.

At no point in this interview did Caslen hint at the fact that he already resigned and the board didn’t accept it.

Which, frankly, doesn’t exactly help with the “trust issue” here…

Why would Caslen agree to do a sit-down interview — for the sake of appearing transparent — and then fail to disclose the fact that he already tried to resign?

Caslen’s speech scandal came at the tail end of a disastrous semester for USC officials.


“I continue to be embarrassed and humiliated by my association with you and all you so disgracefully and incompetently display to the community you are charged to serve and to whom you look for support,” Moore said in the letter.

FITSNews founding editor Will Folks has been less-than-complimentary of Caslen since his controversial selection to this post two years ago. Just this morning, Folks pointed out that Caslen had “done absolutely nothing to arrest the school’s stagnant academics, backsliding athletics, liberal indoctrination and all manner of taxpayer-funded speculation.”

It’s hard to say what the board will do next, but USC clearly has a serious “trust issue” on its hands in light of this latest debacle … which doesn’t appear likely to go away anytime soon.