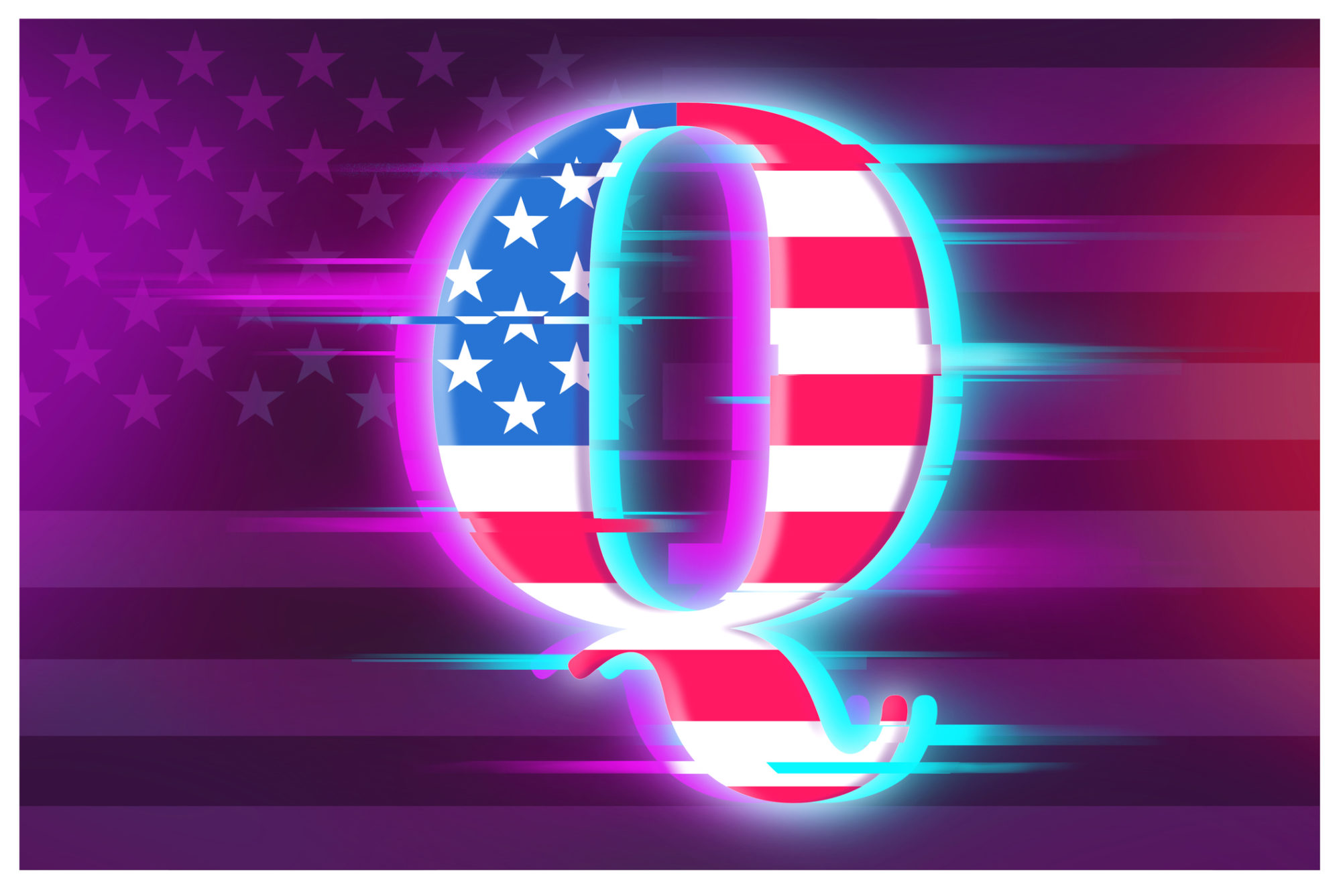 We do not believe QAnon. But then again, we understand how people would be drawn to its litany of conspiracy theories. As we noted in a recent post, when governments and their mouthpieces habitually lie, should we be surprised when people invent their own truths?

QAnon is not truth, though … obviously. Similar to the cancel culture mob on the left, it is pure whack-a-doodle-do. It is a cult based on contrived misinformation … conspiracies concocted to incite intellectually incapable/ incurious sheeple at points all along the ideological spectrum with the goal of fomenting further discord in our nation.

But in an age in which the press and polls are all rigged, once again … should we be surprised?


Nontheless, QAnon turns legitimate scandals into … daft delusions. And credible allegations into … groundless raving. It seeks to supplant officialdom’s aversion to truth with an equally disingenuous form of deception.

None of which brings any of us closer to reality …

Not surprisingly, QAnon is being used by those on the left as a convenient “catch-all” in the hopes of conflating more viable right-of-center views with … well … Crazytown.

The ultimate straw man fantasy, if you will …

This week, QAnon has been invoked in a mail piece in South Carolina House District 114 (.pdf) – a Charleston county seat held since 2017 by state representative Lin Bennett. Prior to that, the district was represented by former S.C. House speaker Bobby Harrell.

According to the mailing (below), Bennett – who is in a tough reelection fight this fall against Democrat Ed Sutton – is allegedly a “QAnon radical” and “conspiracy theorist.”

Bennett – a well-known firebrand on social media – has previously vouched for QAnon on her Facebook page, saying “they’re legit” and referring to information supplied by the anonymous source as being accurate to the best of her knowledge.

“They haven’t been wrong,” Bennett wrote in a 2018 comment posted during the investigation of U.S. president Donald Trump by former Federal Bureau of Investigation (FBI) director Robert Mueller.

Of course that is only half of the story …

As reporter Andy Shain of The (Charleston, S.C.) Post and Courier noted in a March 2019 report, Bennett did her “own homework” on the group and later disavowed it after discovering that many of its pronouncements were, to put it charitably, not accurate.

“I am not a follower of QAnon,” Bennett told Shain.

Her disavowal is only part of the story, too. While Bennett has certainly made waves with some of her over-the-top political pronouncements on social media, she has also used the platform for good.

Bennett is one of the administrators of a popular social media prayer group that rallies support for individuals across the Palmetto State (and beyond) who are dealing with illnesses, the loss of loved ones or other hardships.

‘The Prayer Quilt‘ group boasts more than 3,000 members. Bennett is also well-regarded within the S.C. State House community for being among the first to reach out to those dealing with personal difficulties – regardless of their partisan affiliation or ideological orientation.

This news outlet has not always seen eye-to-eye on matters of public policy with Bennett – and we certainly do not agree with everything she posts on social media. However, we know her to be a kind person and do not believe this line of attack against her is a fair representation of who she is.

More importantly, we will keep an eye on efforts by leftists in South Carolina (and beyond) to conflate QAnon’s nonsensical pronouncements with legitimate criticisms of those in positions of authority over us at the local, state and federal levels.

Finally, we will continue to defend the right of groups like QAnon to participate within the thought marketplace, adhering to the doctrine of “free trade in ideas” espoused by the iconic U.S. supreme court justice Oliver Wendell Holmes Jr.