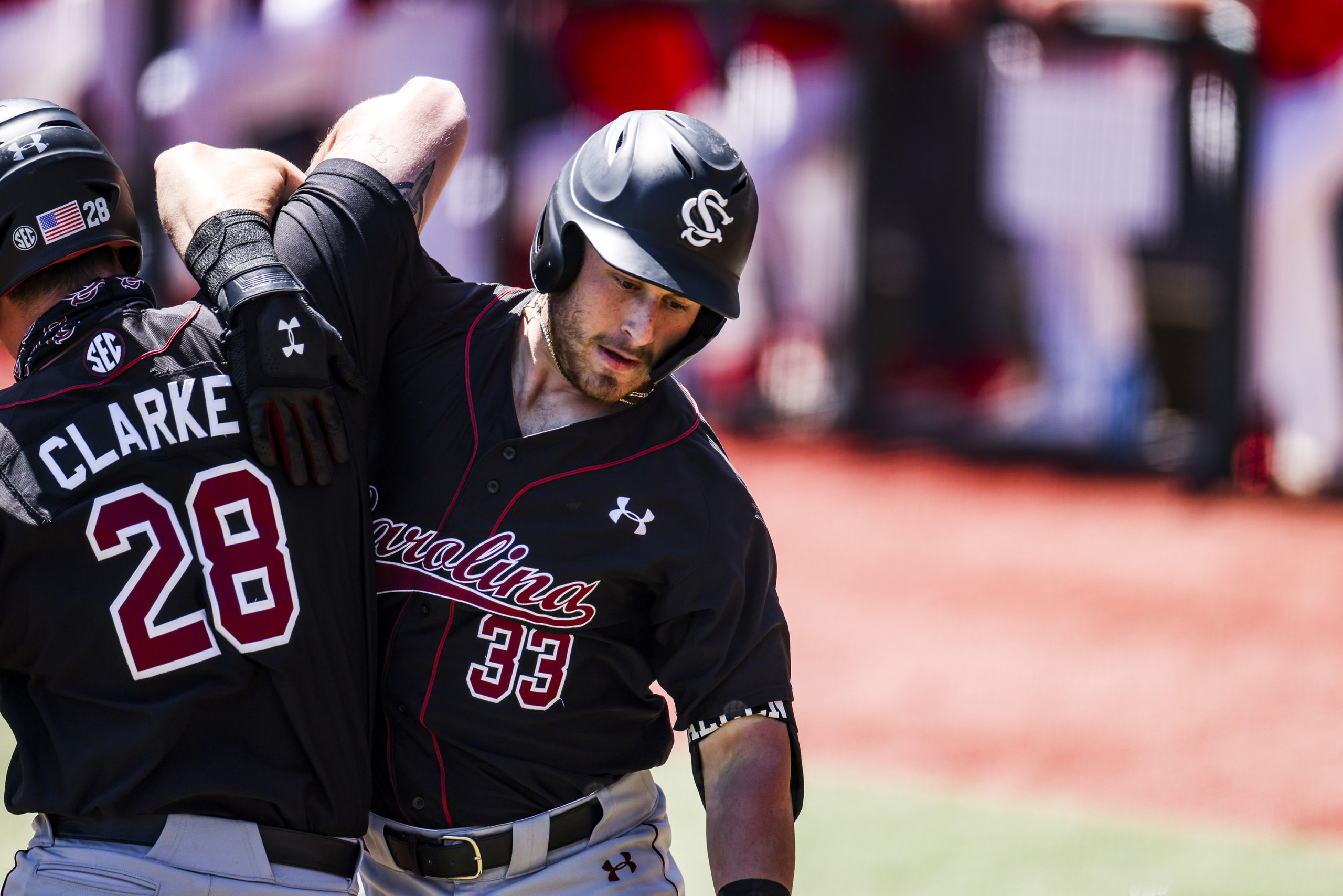 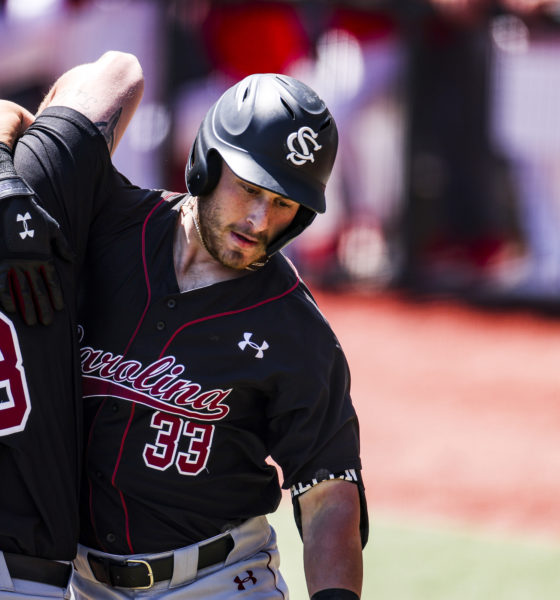 In a make or break 2021 season, the University of South Carolina baseball team is making it … so far. On the strength of a dazzling eight-inning performance from freshman pitcher Will Sanders on Sunday, the Gamecocks (19-7) won a weekend series over the No. 23 Georgia Bulldogs in Athens over the Easter weekend.

Head coach Mark Kingston’s squad – which began the season 11-0 before losing six games in a row – is in the midst of another hot streak, having won eight of its last nine games (including a victory over No. 1/2 Vanderbilt and a sweep of then-No. 5 Florida).

The Gamecocks are now ranked No. 9 in the nation according to Baseball America and No. 11 according to D1 baseball.

Sanders had been phenomenal so far this season – posting a 5-1 record with thirty strikeouts in 28.1 innings of work. The 6-foot-6, 210-pound native of Atlanta, Georgia has seen his earned run average dip all the way down to 2.22, as well.

(Via: Tony Walsh via Gamecock Baseball)

Readers will recall we referenced Sanders (above) in our preseason preview of this once-proud program – which has been struggling to regain its footing in recent years after winning back-to-back national titles a decade ago.

Nonetheless, our founding editor (and baseball junkie) Will Folks noted earlier this year that the Gamecocks were “built to meet – and potentially exceed -expectations in 2021.”

So far, that is exactly what they are doing …

Offensively, junior designated hitter Wes Clarke continues to pound the ball. The 6-foot-2, 236-pound native of Forest, Virginia is hitting .319 with 15 home runs and 32 runs batted in through 26 games. Clarke has also scored 33 runs for the Gamecocks.


South Carolina is also getting solid offensive production from junior outfielder Brady Allen – who launched a pair of long balls in Sunday’s win over the Bulldogs. A 6-foot-1, 218-pound junior from Lakeland, Florida, Allen is hitting .306 on the year with eight home runs and 21 runs batted in. He has also scored 27 runs and is a perfect four-for-four in stolen base attempts.

As good as the Gamecocks have been this season, they cannot let up down the home stretch of their conference slate – which doesn’t get any easier.

That’s right … of the remaining 27 games on South Carolina’s schedule, twelve of them come against opponents ranked in the Top Ten in both major polls. The Gamecocks also have to go on the road against an always competitive LSU program (April 15-17 in Baton Rouge, Louisiana) and make up a road game against their arch-rival Clemson.

Not easy sledding … and it goes without saying a Chad Holbrook-esque collapse down the stretch would do incalculable damage to the fan base.

Still, this team has shown a remarkable mix of skill and resilience so far this season. With expectations (and pressure) higher than they have been in years, Kingston’s squad stormed out of the gates – and then overcame the adversity of a six-game losing streak to rally for another run.

Which is even more impressive than winning without experiencing adversity …

Clearly the team’s returning nucleus – buoyed by the infusion of a top ten national recruiting class – is living up to its potential at the mid-point of the season.

Of course, the Gamecocks must finish strong – as long-suffering South Carolina fans are eager for the program’s first trip back to the College World Series (CWS) since 2012 (and its first trip to a super regional in three years).


“This is not a program looking for its first whiffs of sustained success,” we noted last month.

Under former coach Ray Tanner, South Carolina reached the CWS finals four times – capturing back-to-back championships in 2010 and 2011. They also qualified for the NCAA tournament thirteen years in a row during Tanner’s tenure.

Since Tanner left to become the Gamecocks’ athletics director on July 13, 2012 – one of the worst decisions the school has ever made – South Carolina has failed to return to Omaha and missed the postseason altogether three times.

And then there’s football …

Anyway, for now the sun is shining on South Carolina baseball … with fans recalling the rarified air that accompanies ascending back to the level of legitimate CWS contender.