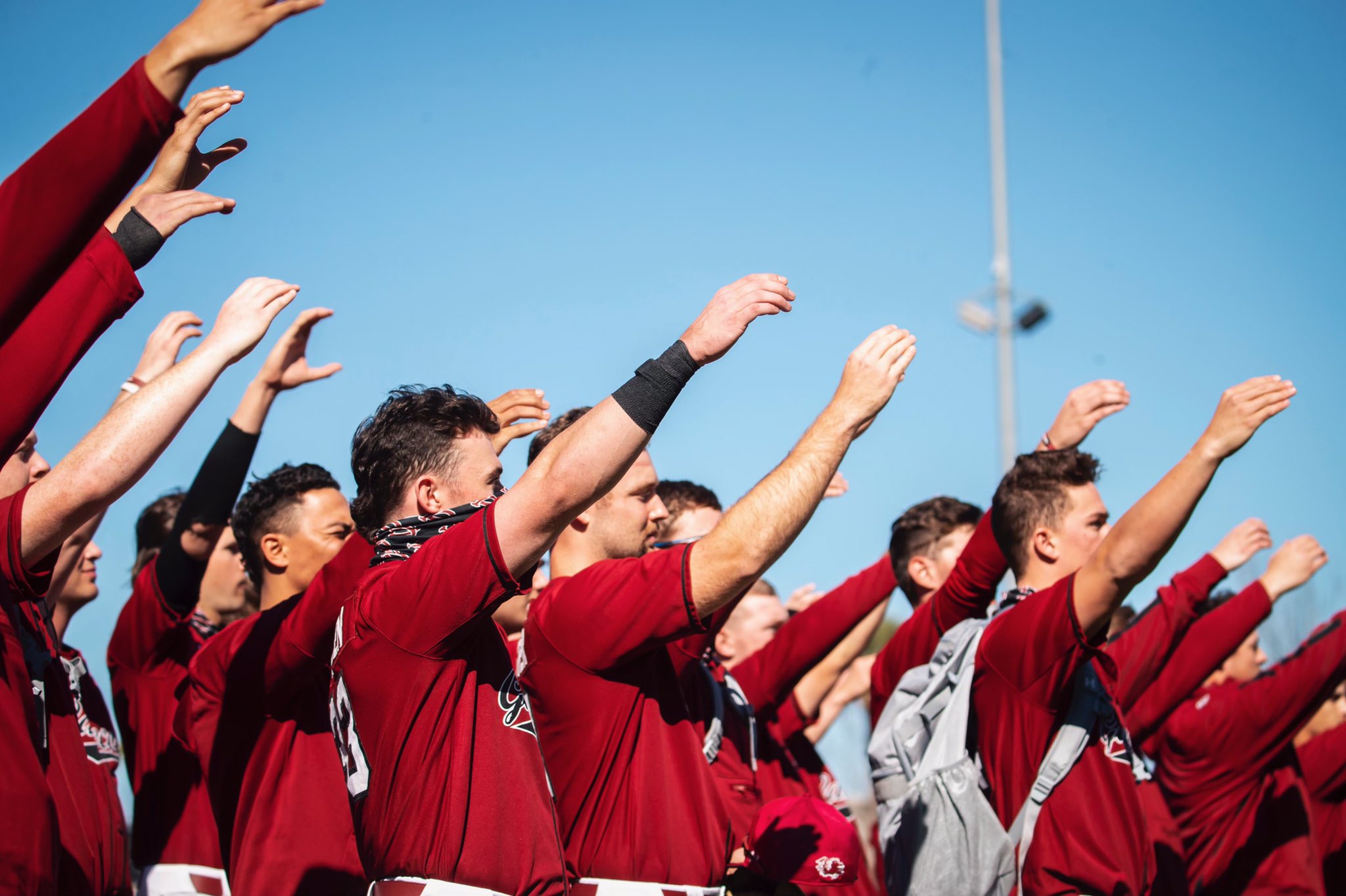 A few months ago this news outlet wrote that 2021 was a “make or break” season for the University of South Carolina baseball team. And so far, head coach Mark Kingston and his talented young squad are making it … with room to spare.

After a weekend sweep over Mercer, South Carolina is off to its first 10-0 start since 2016 … paced by a pitching staff that has held opponents to fewer than one run in half of its games and an offense that is being powered by one of the hottest hitters in America.

Leading the way on the mound is sophomore left-handed hurler Julian Bosnic. A 6-foot-3, 218-pound native of Lutz, Florida, Bosnic has racked up 21 strikeouts in just ten innings of work so far this season. He fanned nine batters in just under six innings of no-hit work against Mercer on Sunday to earn his first victory of the young season.

Offensively, the Gamecocks have been led by junior designated hitter Wes Clarke – who has been absolutely ripping the cover off of the ball. Through ten games, Clarke is hitting .471 with eight home runs and 17 runs batted in. He has also crossed the plate 17 times as part of his offensive explosion.


For his efforts, the 6-foot-2, 236-pound native of Forest, Virginia was recently honored by the National Collegiate Baseball Writers Association (NCBWA) as its player of the month during February.

Gamecock fans are relishing these robust performances … and the promises they hold for this once-proud program. After suffering through its worst season in a quarter century in 2019 (and seeing 2020 cancelled by Covid-19), South Carolina desperately needed some good news on the diamond. Kingston and his staff delivered with a top ten national recruiting class, a pair of preseason national rankings and now the hot start to open 2021.

As of this writing, the Gamecocks are now ranked No. 10 nationally according to Baseball America and No. 12 according to D1 Baseball.

The bad news? Things get exponentially harder from here …

After a trip to Charleston, S.C. for a midweek game against The Citadel this Wednesday, South Carolina is scheduled to travel halfway across the country for a weekend battle with perennial national championship contender Texas.

The three-game series against the No. 19 Longhorns will be held from Friday to Sunday at UFCU Disch-Falk Field in Austin, Texas.

That’s a total of fifteen games against the top five teams in the nation.

Can South Carolina finish as strong as it has started?


Obviously the Gamecocks don’t have to win all of these series against ranked opponents to qualify for the NCAA tournament. But they can’t lose them all, either – and they certainly can’t collapse down the stretch they way they did in 2017 and 2019 and expect to return to postseason play.

Also, let’s not discount the expectations game … which has been ramped up considerably by the team’s hot start to 2021.

Remember, this is not a program looking for its first whiffs of sustained success. Under former coach Ray Tanner, South Carolina reached the College World Series (CWS) finals four times – capturing back-to-back championships in 2010 and 2011. They also qualified for the NCAA tournament thirteen years in a row during Tanner’s tenure.

Since Tanner left to become the Gamecocks’ athletics director on July 13, 2012, South Carolina has failed to return to Omaha and missed the postseason altogether three times.

About That Donald Trump Endorsement Of Henry McMaster …