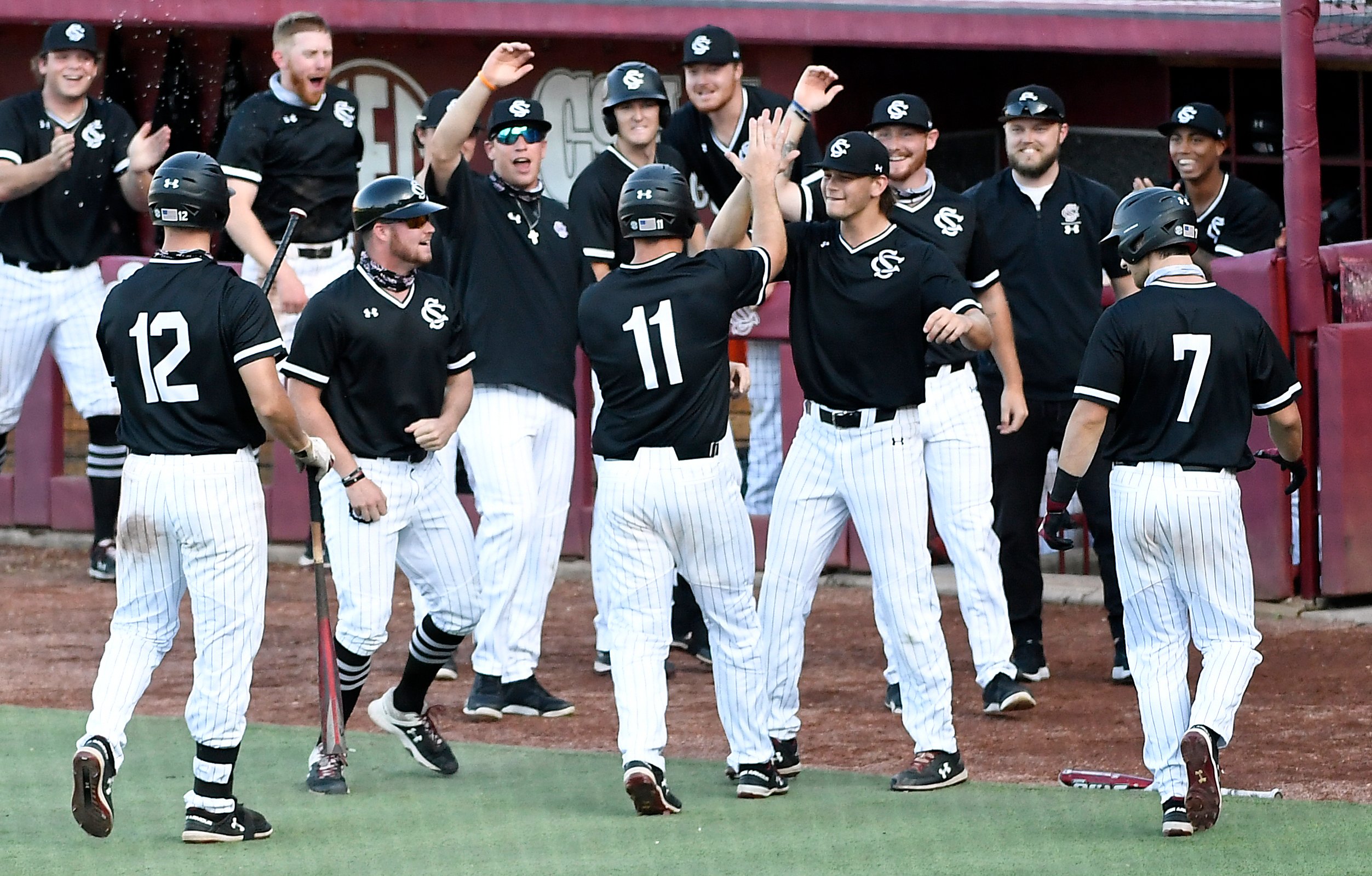 A decade ago, the University of South Carolina baseball team was the two-time reigning national champion – and would reach the finals of the College World Series (CWS) for the third straight year (its thirteenth straight postseason appearance) prior to falling to Arizona. Then – on July 13, 2012 – head coach Ray Tanner stepped down to become the school’s next athletics director.

Since then, things have been an unqualified disaster … and not just for the baseball program.

The only thing Tanner has done right? Keeping 2020 women’s basketball coach of the year Dawn Staley at her post …

But it is baseball which has seen the most significant regression of any major program under Tanner’s “leadership” – a precipitous plunge that began almost immediately during the reign of his hand-picked successor, Chad Holbrook. After taking over the Gamecock program in 2013, Holbrook failed to make the postseason twice – and resigned under pressure four years later (controversially taking a job at the College of Charleston).

How has that worked out for the Cougars? Eh …


Holbrook was replaced by current Gamecocks’ head coach Mark Kingston prior to the 2018 season – who led South Carolina back to the super regional round in his first year at the helm.

Things fell apart the following year, though, with the Gamecocks suffering through their worst season in a quarter century. Kingston’s squad posted a disappointing 28-28 overall record and an atrocious 8-22 mark against conference opponents. That was the program’s worst conference record since joining the SEC in 1992 and its worst overall mark since 1996.

Things appeared to be improving modestly in 2020, but the college baseball season was suspended prior to conference play due to the coronavirus pandemic. South Carolina had a 12-4 record at the time the season was canceled – although it had yet to run the brutal SEC spring gauntlet.

All told, Kingston has a 77-58 record at South Carolina – including a 25-35 record against SEC opposition.

So far, the offseason has been a good one for Kingston and his staff – including a top ten national recruiting class. Will this infusion of new talent translate into wins? And will those wins help propel the Gamecocks to their first trip to Omaha in nine years?

According to the 2021 preseason D1 Baseball rankings, South Carolina enters the upcoming season ranked No. 18 in the nation. In a nod to the potency of the Southeastern Conference (SEC), though, there are six SEC teams ranked ahead of the Gamecocks – No. 1 Florida, No. 4 Vanderbilt, No. 6 Ole Miss, No. 7 Mississippi State, No. 8 Arkansas and No. 12 LSU.

Offensively, South Carolina will be paced by freshman third baseman Brennan Milone, a 6-foot-0, 200-pound native of Woodstock, Georgia. While Milone hit just .154 in five games prior to being injured last season, he has been referred to by Mike Rooney of A Perfect Game as a “star in the making.”

Kingston also hopes to receive immediate offensive contribution from incoming outfielder Brandon Phillips, the No. 31 overall prospect in the class of 2020. A 6-foot-0, 200-pound Orlando, Florida native, Phillips boasts tremendous power and speed potential and has a cannon for an arm on defense.


Catcher Alek Boychuk is another highly-rated incoming prospect who figures to compete for playing time. The 6-foot-1, 215-pound native of Buford, Georgia is one of the best young defensive catchers in the nation – and was the top-rated high school catcher in the talent-rich Peach State in 2020.

Meanwhile, South Carolina’s pitching staff will receive a boost from incoming right-hander Will Sanders – a 6-foot-6, 210-pound native of Atlanta, Georgia who was rated as the No. 58 overall prospect in the class of 2020. Sanders and Jackson Phipps – a 6-foot-5, 215-pound southpaw from Dallas, Georgia who was the No. 133 overall prospect last year – both throw a 93 miles-per-hour fastball.

Bottom line? The Gamecocks are built to meet – and potentially exceed – expectations in 2021 (even against a challenging SEC slate). Which would translate into a likely super regional appearance – and a possible return to Omaha.

Of course these elevated expectations will place additional pressure on Kingston and his staff, who desperately need to turn in a solid year if they hope to avoid the same fate that befell Holbrook four years ago.

Meanwhile, Tanner appears to be in no danger of losing his job despite the sustained, cross-program regression he has presided over these past eight years.