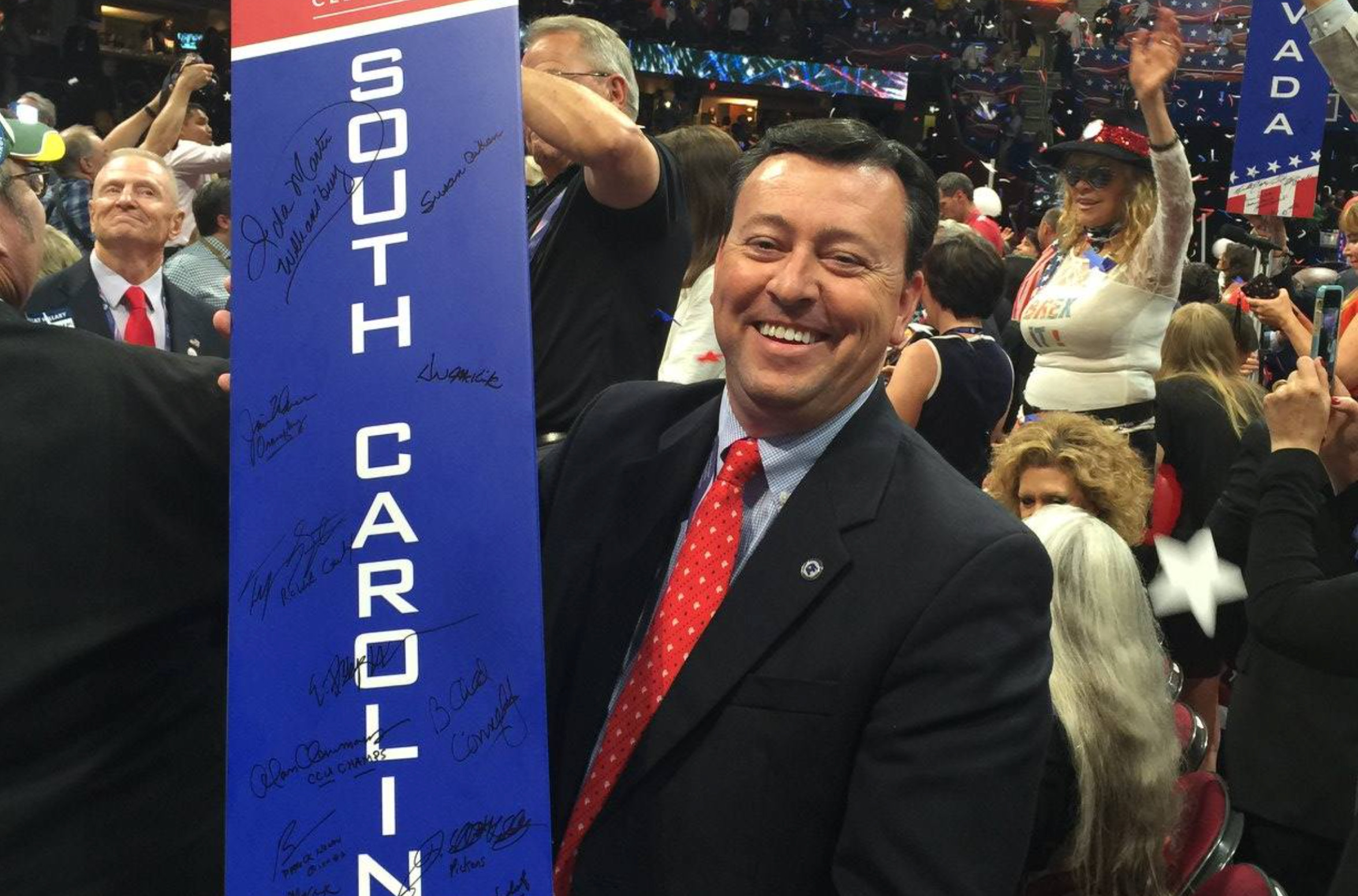 During the 2020 presidential election, chairman Drew McKissick of the S.C. Republican Party (SCGOP) called off the quadrennial “First in the South” presidential primary as an admitted sop to former U.S. president Donald Trump.

Ultimately, the decision wound up costing Trump a potentially compelling narrative – as his victory in the Palmetto State was never even remotely in doubt (and his victory margin/ vote total here could have emerged as a nifty counterpoint to the prevailing Democratic story lines).

Anyway, in calling off the primary McKissick expressly violated SCGOP rules. And while he later claimed it was all part of an effort to save taxpayer money, he apparently forgot about going on the record with a conservative reporter and admitting the real reason for the decision.

“Considering the fact that the entire party supports the president, we’ll end up doing what’s in the president’s best interest,” McKissick told reporter David M. Drucker of The Washington Examiner in December 2018.

Surprisingly, the party’s decision to violate its own rules – and by extension, state election law – was upheld by a S.C. circuit court judge.

But considering judges are elected by the state’s “Republican-controlled” General Assembly, was anyone really surprised?

“This is bigger than politics. Or ideology. This is about American democracy and the fundamental, (we presumed) unassailable right of American citizens to participate our Republican form of government,” he wrote ahead of the 2020 vote.

This week, McKissick received a reward for his ongoing subservience to Trump. According to an exclusive report from Meg Kinnard of The Associated Press, the 45th president has endorsed McKissick’s bid for a third term as chairman of the party.

“He asked if I had anybody running against me, and I said, ‘No, and I’m trying to keep it that way,’” McKissick told Kinnard.

As Kinnard correctly noted, Trump is “maintaining the local party framework” in a state that propelled him to the GOP nomination in 2016. He is also rewarding party leaders who have kept him “at the center of the local GOP brand.”

Which McKissick has done … and then some.

“I’m honored to have President Trump’s endorsement and looking forward to the opportunity to continue to serve our party and the conservative principles and grassroots activists that have given us our biggest majority in 140 years,” McKissick tweeted.

He even posted a picture of his endorsement …

Obviously, Trump can endorse anyone he chooses to lead the SCGOP. No one is going to begrudge him that right. And with Palmetto State Republicans still unswervingly loyal to him, there is no arguing the significance of his imprimatur.

However, the quid pro quo nature of this endorsement is deeply troubling – especially seeing as it involves an action taken by McKissick which fundamentally undermined electoral integrity in the Palmetto State.

Seriously, Republicans have been making all sorts of noise lately (well, some of them) about the sanctity of the ballot – and rightfully so. Meanwhile, disputing the validity of the 2020 election results has been Trump’s raison d’être ever since November.

Given that … are we just supposed to forget how McKissick disenfranchised hundreds of thousands of Palmetto State voters as part of a self-serving effort to placate Trump?

Again, Trump was never going to lose South Carolina in 2020. And so the state’s decision to cancel the primary had no impact whatsoever on the GOP nomination.

“Seriously a North Korean ‘election’ of Kim Jong-un would have been more competitive,” our founding editor noted last February.

But that didn’t make the party’s decision right … nor did S.C. circuit court judge Jocelyn Newman’s ruling make it legal. In fact, it remains demonstrably illegal – not to mention ripe for appeal (and ripe for all sorts of discovery involving McKissick and certain Trump campaign officials).

Here is the real concern, though (at least for Republican voters): Can the SCGOP be trusted to keep its thumb off the scale for Trump (or his candidate of choice) ahead of the 2024 “First in the South” primary election? Especially after McKissick overturned the party’s long-held aversion to meddling in partisan primaries during the previous election cycle?

No … McKissick cannot be trusted to stay neutral.

Having said that, this affirms the wisdom of Trump’s recent decision not to form his own political party.

Why form a new party when the GOP clearly still belongs to him?