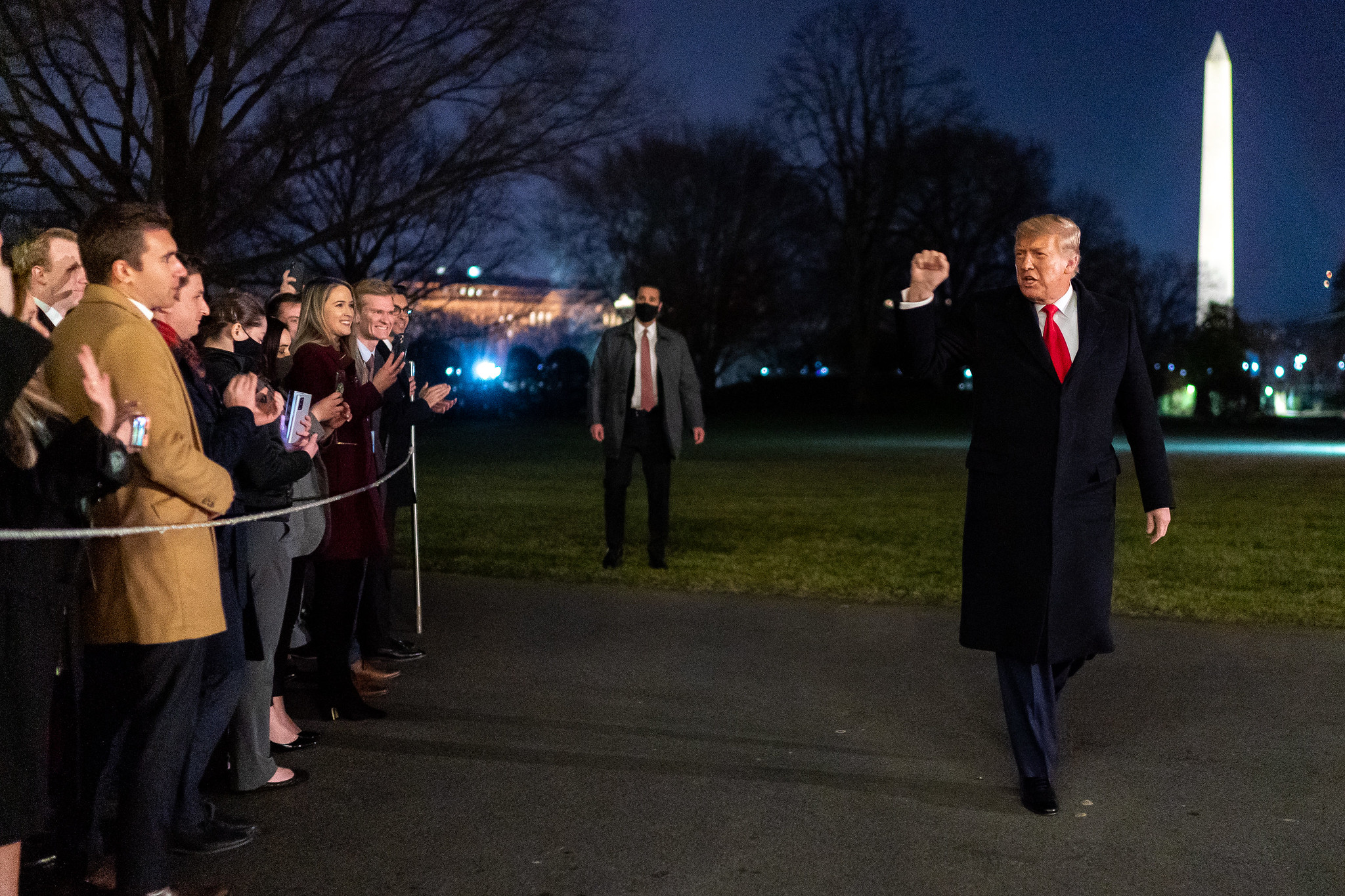 An anonymously sourced article in The Wall Street Journal on January 19, 2021 first suggested Trump had engaged in discussions on the subject, wanting to form a new organization and call it the Patriot party.

As we noted last week, such a move could have catastrophic consequences for the Republican party …

This week, however, Trump is making clear to Republican senators in Washington, D.C. that he is not starting a new party.

“The president wanted me to know, as well as a handful of others, that the president is a Republican, he is not starting a third party and that anything he would do politically in the future would be as a Republican,” U.S. senator Kevin Cramer of North Dakota told Politico.


Additionally, Trump’s campaign organization is distancing itself from a new political action committee (PAC) that formed with the Patriot party name – and which reportedly claimed it was working in cooperation with the still-active Trump campaign committee.

“We are not supportive of this effort, have nothing to do with it and only know about it through public reporting,” Trump spokesman Jason Miller told Axios.

Another group – the “MAGA Patriot Party National Committee” – is accused of making similar claims. Trump’s campaign submitted a disavowal notice to the Federal Election Commission (FEC) regarding this organization, citing “concern for confusion among the public.”

Trump’s apparent desire to remain active within the Republican party makes a lot of sense from his vantage point. Aside from the logistical hurdles (and expenses) associated with launching a new party, Trump remains “yugely” popular with GOP voters despite the chaotic end to his presidency (including a deadly riot at the U.S. capitol initiated by a mob of mostly Trump supporters).

Which raises an obvious question: Why would Trump leave a party that is still overwhelmingly loyal to him?

Many “Republicans” who criticized Trump in the immediate aftermath of the deadly riots that rocked the U.S. capitol earlier this month are now changing their tunes and expressing support for the former president – which we believe is a direct response to GOP polling data.

Assuming Trump sticks with the GOP, it could have significant implications on the upcoming 2022 election cycle – as well as the 2024 presidential race. Remember, Democrats’ primary goal in advancing Trump’s latest impeachment is to secure a Senate conviction that would bar the 45th president from ever running for office again.

Trump’s leverage in this fight? Threatening to support primary challenges against U.S. senators who may vote to convict him in the Senate.

A total of 34 U.S. senators are up for reelection in 2022 – including 20 Republicans and 14 Democrats. Three GOP senators – Richard Burr of North Carolina, Rob Portman of Ohio and Pat Toomey of Pennsylvania – have all indicated they will not seek another term.

All three occupy “swing seats” – and Democrats are expected to mount aggressive campaigns to flip them.

As of this writing, thirty U.S. senators have already gone on record saying they will vote “no” when it comes to convicting Trump based on the lone article of impeachment approved by the Democratic-controlled U.S. House earlier this month.

Seventeen GOP senators have said they are “undecided” on the issue, while three have declined to state a position.

On the Democratic side, 35 senators have said they support convicting Trump, while 13 remain undecided and one has declined to state a position.

Assuming every Democrat were to vote to convict Trump, seventeen “Republicans” would need to join them in order to obtain the necessary two-thirds majority. Barring some seismic revelation, that seems unlikely – although as we have previously noted there is a strong desire within the GOP establishment to keep Trump from running for the White House again.

Assuming Trump were to be convicted, it appears as though only a simple majority vote would be required to ban him from running again.